10 Things That Only Happen To You When Visiting India

India, the land of smiles, stares and pretty amazing food.  It’s not a destination you can neither prepare for nor is it a place where you can expect everything to go smoothly.  While backpacking 6 weeks solo from Delhi to Mumbai, here are 10 things that happened to me and will also probably happen to you when visiting India.

10 things that will happen to you when visiting India

1. You will lose patience more than once

From India stretchy time, to public transport that never shows up, and stall vendors chasing you down the street, you are guaranteed to lose your patience and maybe a bit of your sanity too.  But just remember it will be exactly the same tomorrow!  No, seriously, it probably will but that’s when you will start to research how to meditate to calm your nerves.

The best advice I was given was from a Dutch lady I met in Varanasi who was incredibly calm.  She could see I was terrified of even replying to a shop owner because I was sick and tired of getting harassed so she said just go with it, reply back, make a joke and take everything with a grain of salt.  After spending the day with her and watching her getting cheeky with the street vendors and beggars, I learned that instead of getting angry at the people and then, in turn, they get angry at you, it’s better to make a joke and smile with them.  They will leave you alone because they know they cannot crack you!

2. You may temporarily give up and hide in your room

There will probably be a time when you think, what the hell am I doing here but that’s normal.  It happened to me within the first 48 hours of arriving in Delhi after the hotel manager stalked me and tried to break into my room, fun times.  My advice if you’re in that situation, don’t cry about it: just go and do something for yourself.  That’s when I decided to book a walking tour with the local kids from the slums and practically eat my way around the city.  Oh, I also moved to a hostel!

3. You will have an epiphany

You may not become a yoga teacher that only wears white and eats only on a Sunday, but you will have an epiphany during your time here, it’s hard not to.  When you see the poorest of the poor and the richest of the rich, it’s impossible to not think about your own life and how you can contribute and help others.  My epiphany happened in Varanasi when I was overlooking the Ganges.  Seeing the devotion that these people have to their gods was incredible to see and very inspiring.  This was absolutely a highlight when I was visiting India.

4. You will feel like a celebrity and then you will wish you could take it back

Travelling India, especially as a blonde-haired, fair-skinned female was a head-turner. I even saw multiple people nearly fall over themselves because they were too engaged staring at me.  If I would sit down at a Fort or attraction a line was then formed in front of me for people to take photos even if I wasn’t looking.  At a train station, someone gave me their baby.  I love babies, but when it had a wet nappy I was not keen to take a photo with her.  These experiences are one-of-a-kind and are a novelty, after a couple of hours it becomes a chore.  I met a girl who started charging 100 rupees a photo as a joke and people actually paid her! 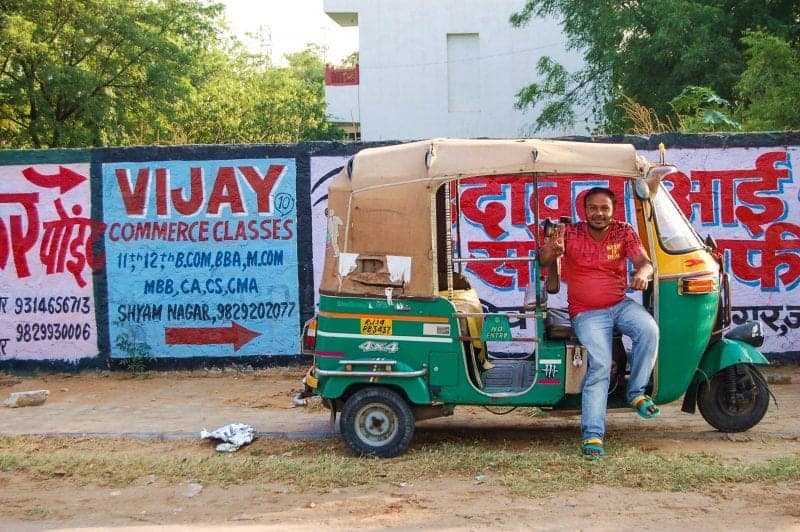 5. You will probably get scammed and you won’t even know it

India is home to some pretty inventive scams.  From riots in Delhi, to free things that turn out to be really expensive things, you do have to keep your eyes open and expect these sorts of things to happen. It’s better to be prepared than not, so that’s why I wrote about all the scams to watch out for!   As soon as you become a master of how scams work you will never lose a dime!  Well, actually, be prepared to lose a few dimes while on your trip to India.  I got scammed 3 times in Varanasi.  It’s fair to say that was a bad day!

check out the best accommodation in india here

6. Your plans will change

Make rough plans, but don’t plan every detail.  You may spend a day in a city and find it’s just not your sought of place.  I planned my first part of my trip because In India you have to pre-book trains sometimes months in advance to get a good seat.  By the end of the trip, I changed my plans and decided to fit in Goa at the end of my travels simply because I was exhausted and felt like I need a beach break!  Sometimes the best times come when you have no plans!  You will also meet lots of travellers that will give you recommendations of places to see, so it’s important to have a flexible schedule.

7. You will start to crave chai

Chai is all around you!  It’s served with all meals, it’s served when you are bargaining in a shop, and it’s served when you’re on a random rooftop looking out over Jaipur (yes, random I know).  I highly recommend getting a couple of packets to take home with you because when I came back to New Zealand I started to crave my morning chai so bad!  Don’t expect it to taste like the Starbucks version, once you have tried true Indian chai you will never go back.

8. Suddenly having ‘you time’ becomes a necessity

Being around crowds of people will make you crave some alone time, which can be hard to come by when visiting India.  It’s part of the reason I went to Goa at the end of my trip.  I walked down the beach, rented a little shack only steps away from the ocean and I have to say, it was the best decision.  There’s so much to take in from your trip so I think it’s a necessity to take some time and think about what you have seen and experienced so far so India doesn’t feel like a mad rush to you.

9. You will crave western food but be thoroughly disappointed when it’s served

Don’t even bother ordering western food!   Dive deep into the Indian cuisine because there are so many dishes to taste.  Once I caved in to my cravings and went to a German bakery.  I ordered a tomato and basil bruschetta as a starter and I got toast with chopped tomatoes from a can and dried basil you get out of a spice rack.  Yup, it was horrible but very funny!

10. You will become an early morning riser

Whether it’s the noise of rickshaws or the howling of the array of wild animals walking the streets you will become a morning person whether you like it or not.  It’s not all bad though as it gets so hot, it’s actually better to see the attractions in the morning when it’s cool and there are fewer people.  I also found that India sunrises were some of the most beautiful I have ever encountered, so make the most of it!

Have you travelled to India before?  Did any of these things happen to you? Let me know if you have any questions below about visiting India!

7 Reasons Why You Should Pick a Travel Talk Tour