Albania Transport: Your Ultimate Guide to Getting Around Albania 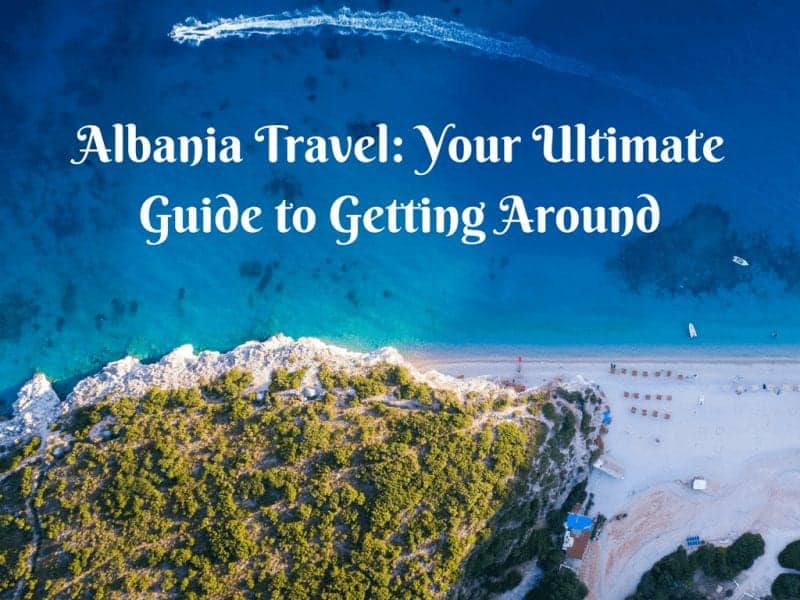 Finding information about Albania’s transport system online is a long and gruelling task and you will find virtually no information.  To save you time and headache here’s a complete guide on how to get around Albania and to show you that Albania travel isn’t that bad!

When travelling Albania, you will have to learn to trust the transport system.  There are timetables but quite often they are wrong or have been changed.  There’s no rail system so it’s all about furgons, buses and hitchhiking! 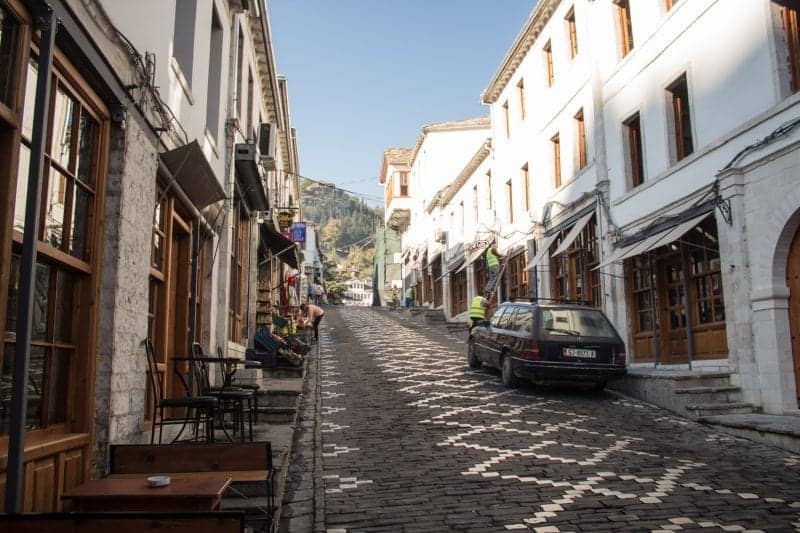 This is the most popular way to get around Albania.  Furgons are essentially minibuses that are privately owned and not licensed.  Sometimes they have a timetable, sometimes they don’t.  They will usually travel to smaller villages and also more popular routes like from Saranda to Gijrokastёr and Berat.  The furgon is usually crammed with a lot of people in so in the high season, it can be a little cramped, but this is usually my preferred transport choice.  They will drop you off at any point along the way, you just have to let them know.

I had an interesting/wonderful experience on a furgon that was going from Saranda to Berat.  When we stopped halfway for a break we ended up drinking multiple rakis (the local alcohol) and got extremely drunk within the 15-minute stop.  We ended up dancing and making a complete fool of ourselves (or in other words, having a lot of fun) with the entire bus.  It made the rest of the trip fly by.  Furgons are definitely more intimate than big coaches!

The good thing about furgons is you can flag one down and they will usually stop for you and let you on if it’s not full.  So, if hitchhiking fails then you always have that as a backup option as long as you’re not in the middle of nowhere.

In terms of the timetables there are some but most of the time they change.  The best option is to ask a local as they always seem to know everything about transport.  Most likely the bus driver will probably be a relation or friend.

If you are wanting information about furgons and buses leaving Saranda then read my ultimate Saranda guide where I list a rough schedule.

Buses run for more popular and longer routes like for example from Saranda to Tirana.  They also have rough timetables.  Be prepared to share the bus with car motors, washing machines, and other household essentials.  Usually, the buses are a delivery service as well.  You can do the same as with the furgons and tell the driver where you want to get off, they will usually stop.  Buses will sometimes stop for hitchhikers too if they aren’t full.

In each city, there’s either a bus station or a bus road/s.  Albania’s bus stations are a lot less official than you think and most of the time it’s just a carpark with a whole lot of buses.

As soon as you turn up to either of these bus stations you will hear an array of men asking where you’re going.  Just scream which place you want to go and one of them will show you to the bus.  They are not asking for a tip, they usually are the guys who help the driver fill the bus up with people.  If you’re looking for a full travel guide to Tirana then click here.

Saranda, the buses go from a few places, but they are all very near to each other.  There is a couple of ‘bus roads’ in the middle of the city.  Usually, the ones to and from Greece go from outside the ticket office, which is opposite the red building called Partizani.

The buses that go within Albania are found on the street Rruga Flamurit, near the ruins and the park.  If you ask anyone there where you want to go, they will lead you to the right bus.  The buses and furgons will have a sign in the window saying where they are going.  Read about 26 things to do in Saranda here (most tourists don’t know half of these places!).

Shkoder, there are two locations.  One for buses going south to Tirana, which is located opposite the radio station.  The other one is on the opposite side of the big roundabout near the mosque.  Again, just yell where you’re going, and someone will take you to your bus.

Berat, the bus station is located just outside of the city.  You will need to catch a bus, which is situated next to the petrol station (across the road from the bus station).  Or you can catch a taxi (500lek) or hitchhike into Berat as it’s about a 10-minute drive away.

Tickets: For the longer bus rides you will usually need a ticket beforehand, especially if its high-season. In low season you can just buy it on the day.  For the furgons sometimes you will buy a ticket from the driver or just give him cash when you arrive at the destination.

Hitchhiking in Albania is incredibly popular with tourists and locals.  It’s very normal to hitchhike here and you will never wait for more than 20 minutes (usually).  In my experience, it’s taken no longer than 5 minutes!  There’s no real art to hitchhiking.  Stick your thumb out, make sure you’re visible and that you’re in a spot that’s easy for someone to pull over.  Although in Albania they will stop in the middle of the street for you – that’s Albanian driving for you!

Is it safe?  Yes, as long as you listen to your instincts.  If someone pulls over and you don’t get a good feeling, then just wave them on and try again.  From all the travellers I met this summer, most of them hitchhiked and none of them had any problems with it so that is saying something!

Fun fact: In the summer I always hitchhiked to the clubs just out of Saranda!  I met the funniest and craziest people by hitchhiking, some which are now good friends!

If you are wanting information about furgons and buses leaving Saranda then read my ultimate Saranda guide where I list a rough schedule.  If you have any further questions about Albania travel, please leave them below and I will try to answer them for you! 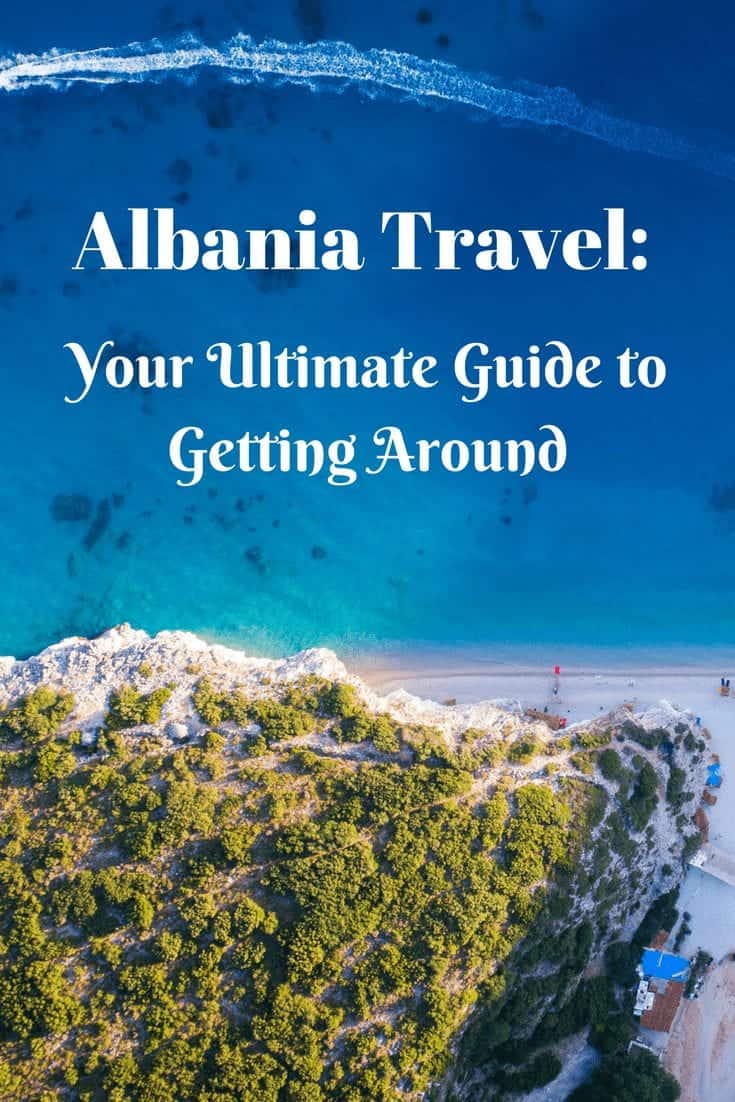 5 Things Not To Do in Amsterdam

11 lessons I learned from living in Albania

The Best Gelato In Florence, Italy