It started off amazing with a friend from New Zealand, who I met in Turkey last year, came to stay with me for a few days.  I love showing people the best spots around Saranda and having another Kiwi to talk to is amazing.  It means I can talk a thousand miles an hour and use as much kiwi slang as my heart desires.  Talking proper English is a chore.

We decided to spend the afternoon at one of the beaches nearby which I had never been to but always wanted to check out.  It’s called Mirror Beach but in Albanian, it’s called Pasqyra Beach.  Just like many beaches in Albania, it was stunning – the water was so blue!  It was nice because there were actual waves which I feel like I haven’t experienced in such a long time, reminds me of NZ! 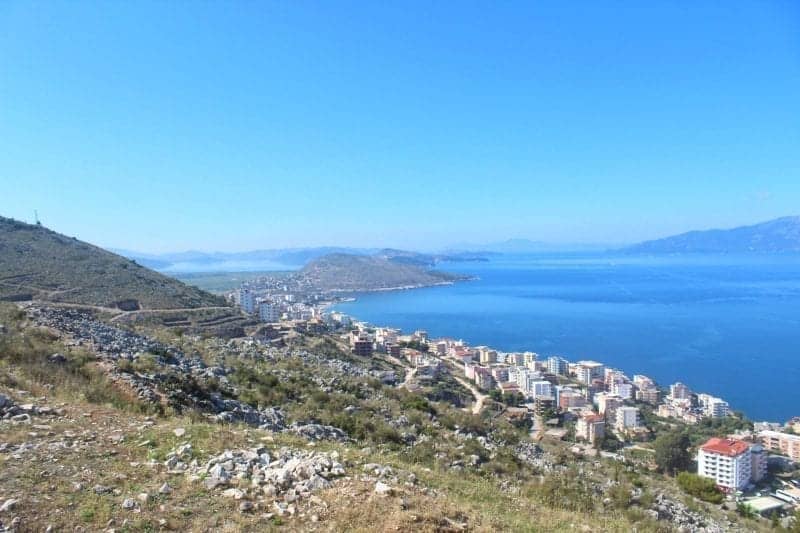 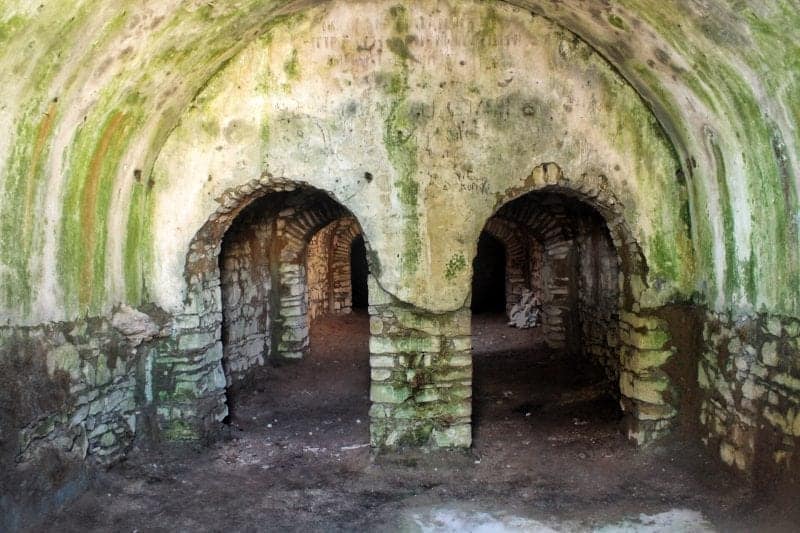 On Wednesday we got up early and hiked up to the Monastery of 40 saints here in Saranda.  This is my favourite historical place and viewpoint of the city.  The best thing?  It was empty!  It was just us which was so lovely.  The monastery is really special, it was built between the 4-6th century which still blows my mind, and houses 40 rooms.  It was dedicated to the 40 Martyrs of Sebaste who refused to give up their Christian faith during the early stages of the Roman empire in Armenia.  The 40 saints were left in the building to die.  The monastery was in good condition up until 1944 when it was bombed by British soldiers who believed there was a German garrison hiding there.  Saranda got its name from the monastery as Saranda means 40 in Greek.  I love the view from up there, it’s my favourite viewpoint in Saranda.

After an amazing few days of enjoying the sun and exploring some of Saranda again, the week took a turn for the worst on Thursday.

Like every morning: I woke up to take Oreo for his morning walk before I go for a morning swim.  Near the end of the walk, I noticed Oreo started walking strangely.  His legs were getting further and further apart, and he started to uncontrollably shake.  In a flash, he fell and started to curl up while foaming at the mouth.  I went into shock mode.  I was only a 2-minute walk from my house, but I was by myself with no phone.  So, whilst hysterically crying and trying to look for someone to help me I picked him up and tried to carry him to my house.  I managed to get halfway and luckily a man ran over and asked what is happening.  While he stayed with Oreo I ran to my house to get my boyfriend and we proceeded to try and save him. We were sure he was dead as Oreo had lost all control and was convulsing.

A man came with two bottles of vinegar (never heard this trick before!) and poured it down his throat.  Apparently, this is to try and soak up the poison and to get him to vomit.  He started to slow down but we could see that his tongue was going black and he was in the final stages of dying.   The guy offered to take us to the vet quickly, we got about halfway until we got stuck in traffic, so we got out and ran to the vet which was about a 5-minute walk away, but it honestly felt like a lifetime.  We got to the vet eventually and he jabbed Oreo with about 10 different needles.  The vet said he was basically dead when we brought him in.  By some miracle Oreo regained consciousness and 2 hours later he was able to semi walk again.  We took him back home and kept a close eye on him.

My conclusion is that Oreo had eaten or licked some poison during our walk.   I published a post early in the week explaining my adoption with Oreo and how in Albania the government poison the stray dogs to cleanse the streets for tourists.  They commonly leave out poison such as battery fluid.  It’s inhumane, sick and extremely cruel.  I am a huge animal lover and when I learned about this issue a few months ago I was really sad.  Now I’m not only sad but really angry as now I’ve seen firsthand what it does to a dog.  And although I will never know for sure that this is what happened to Oreo I am suspicious and quite confident that this is what happened to Oreo.  He was chemically poisoned, and Oreo quite often tries to lick and eat things whilst on our walk.

I am extremely grateful though for all the help and well wishes from people in the neighborhood.  Everyone was worried about Oreo and asking how he is.  The kids’ faces when I took Oreo out for a walk the day after it happened was adorable.  They were all so happy to see him again and giving him gentle pats and cuddles.  Thankfully Oreo had people who could help him quickly but so many dogs die this way by themselves.  I have been holding my Oreo close to me for the last few days, even sleeping with him to make sure he is okay.  I am so happy as so far it seems he will make a full recovery.  What a strong dog he is!

I don’t know if next week will be as exciting as this week, I hope not because for now, I feel like I could sleep for an eternity.

Thank you for all your well wishes for Oreo!  I am sure if he could talk he would say Faleminderit (thank you).

How To Get From Corfu to Albania (Corfu to Saranda)

How to Plan the Perfect Kayaking Trip