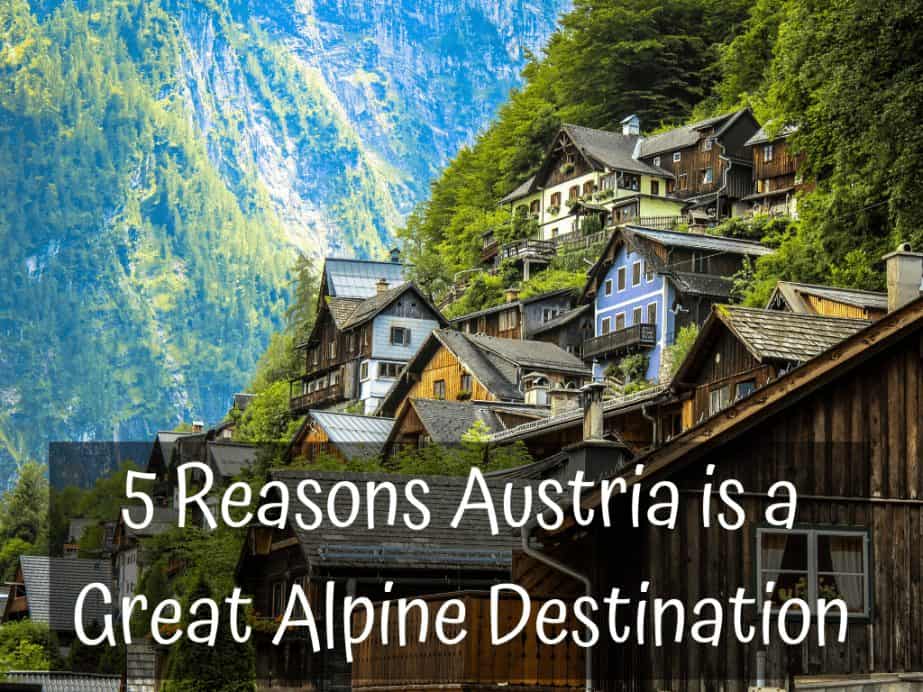 Rolling meadows, pristine lakes, charming chalets and the snow-capped Alps. At first glance, it looks very much like Switzerland, but its neighboring country can easily take the claim of an excellent Alpine destination. 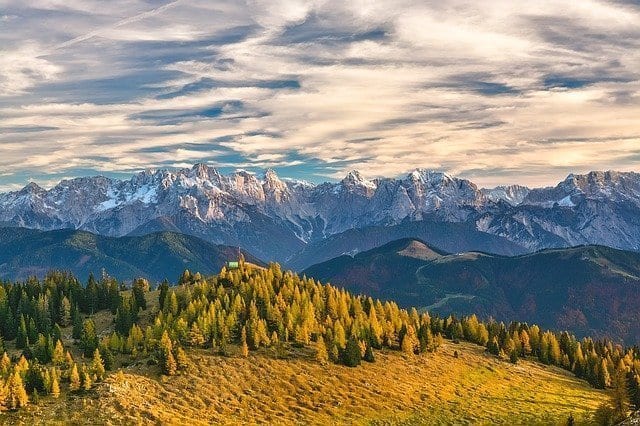 Austria is found at the heart of Europe, bordered by Germany and Switzerland. This German-speaking country is very much characterized by its Imperial history amidst a backdrop of mountain villages, baroque architecture and rugged Alpine terrain. While not as popular as Switzerland, there is much talk about comparing both countries in its stark similarities and unique differences. What with its picturesque landscape, rich culture, and a penchant for the arts, Austria can very well stand on its own as a must-visit on any European itinerary. 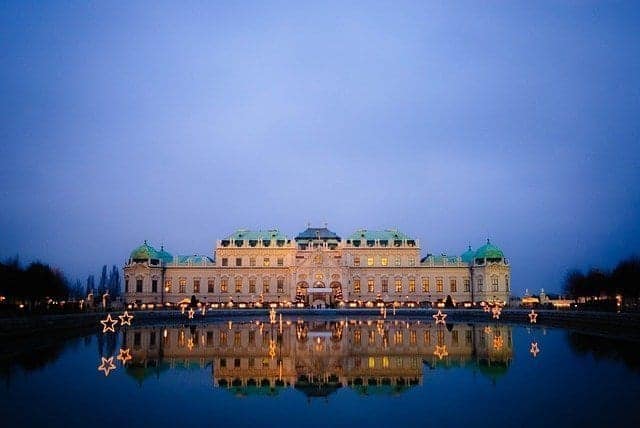 Among its gems is the capital of Vienna, honored by consulting firm Mercer as “the city with the best quality of life” for eight years running. Most visitors go for a harmonious mix of art, culture, and music, especially with its roster of local geniuses including Mozart, Wagner, Schubert and Strauss.

But Austria’s great outdoors is also an experience to be had. Dramatic Alpine summits surround the countryside, making for great hikes and treks any time of the year. If you’re looking for a memorable Alpine destination, here are five reasons why you should head to Austria: 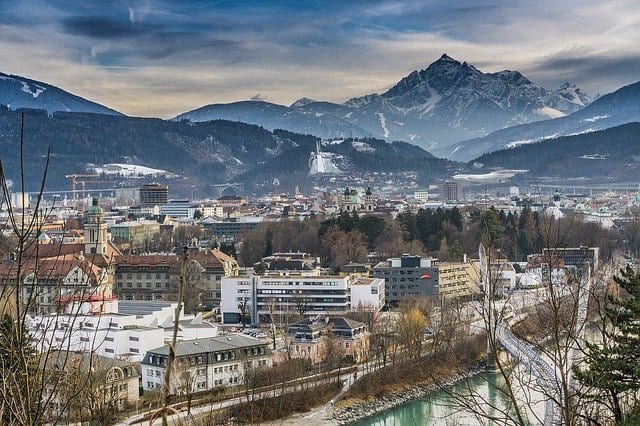 1. Innsbruck, the “Capital of the Alps”

Technically speaking, Innsbruck is the capital of the province of Tirol. It’s also Austria’s eighth largest city with a population of just around 130,000. It’s comparatively small when you think about being a “capital”, but its commanding location and quick access to the mountains earned this city its nickname.

With Germany to the north and Italy to the south and just a few kilometers away from Vienna, Innsbruck is a gateway to many destinations and activities on any Alpine bucket list. It’s a wonderful blend of landmarks from its eventful past and post-modern architecture, all built to harmonize with the surrounding mountains influenced by the availability of natural materials.

With its location shockingly close to famous peaks, sports enthusiasts have much to celebrate about Innsbruck. All winter sports are very much alive in Innsbruck. In the summer, Innsbruck is still a playground for outdoor sports, especially in the Karwendel Alpine Park or Zirbenweg trail on Patscherkofel. A gondola ride up Seegrube (2,000 m) is a must for spectacular views of the Inn valley, sandwiched between two impressive mountain chains.

One main draw of Innsbruck is its exciting food scene centered on Tyrolian cuisine. For a gastronomic adventure, head to the Markthalle, an indoor food market where the variety and heartiness of Tyrolian cuisine are on display. The food scene is complemented by Innsbruck’s bar scene, thanks to a big student population. Innsbruck nightlife is not as active as other bigger metropolitans, but there are a considerable number of quaint bars and trendy clubs to dance the night away.

For travelers wanting to be close to the true essence of the Alps, the Hohe Tauern National Park is a haven. It’s located on the main chain of the Central Eastern Alps with the highest peaks of of the Brenner Pass. There are over two hundred summits beyond 3,000 meters in this park that lays claim to be almost untouched.

Unlike many Alpine summits, the Hohe Tauern offers tranquility and relaxation. There are no extreme sports in the park, but visitors discover the vastness of glaciers, deep green mountain lakes, and raging glacial streams through hikes and explorations. Thanks to the conscious efforts of locals to protect and tend to the mountains, Hohe Tauern National Park is also home to 15,000 animal species and 1,800 plant species.

The Hohe Tauern National Park covers a total of 1,856 square kilometers. It’s divided into a 1,198 square-kilometer core and a 636 square-kilometer outer area. It extends over three federal states: Carinthia, Salzburg, and Tirol. The outer zone is where human activities are done, while the core is a no-go-zone to preserve the mountain range and all the natural life it supports.

All visits start at the Mittersill National Park Center where all information about the protected area of the Alps can be found. There are also several centers and exhibits throughout the park that educate visitors and exhibit significant research. 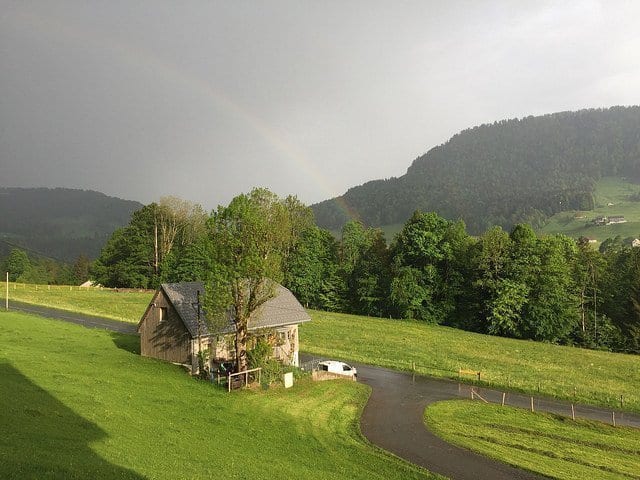 3. Bregenzerwald, a crash-course in Alpine architecture

Austria is quite known for its impressive architecture, but Bregenzerwald is one of the regions with the richest architecture in the world. It sits in Austria’s easternmost province, Vorarlberg, which is also considered as a creative breeding ground for Austria’s trademark architecture.

Architects in Bregenzerwald are called “construction artists”, expressing socio-political ideals of socialization, affordability, sustainability, and tradition through architecture. While most cities are built by industrialists, the architecture in Bregenzerwald are built by local craftsmen with great emphasis on landscape, nature, and rural living. While there are definitely “must-sees” in the region, wandering around the villages brings to life Alpine culture and tradition in form and construction. 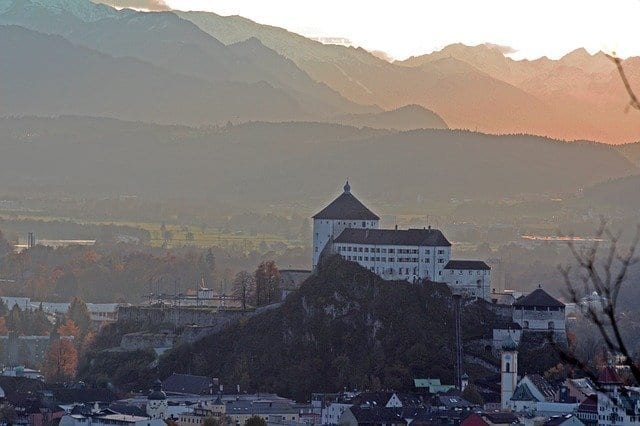 4. Kufstein, the hidden gem of the Alps

Tucked away in Tirol is the beautiful medieval town of Kufstein. A fortress towering above the town immediately welcomes visitors and transports them back in time to the very obviously rich history that dates back as far as 30,000 years.

Without even diving deep into the past, walking around Kufstein is like walking through history. Ringed by breathtaking mountains at the foot of the Kaiser Mountain Range and overseen by its historic fortress, the town is characterized by frescoed facades, centuries old inns and long-standing restaurants. Its history of dispute between Bavaria, Tirol and the Habsburg Empire also resulted in its rich cultural roots and extensive history. There are historical landmarks on every corner with many buildings restored to its original splendor.

The Kufstein Fortress is undoubtedly the most visited landmark in the town. It’s accessible either by a funicular or a steep walkway. Within is a museum that offers historical insights but also the best views in all of Kufstein. Around the town is a scattering of small villages where local cuisine takes centerstage. It also has a thriving arts scene as well as the Riedel Glass, the world’s most respected glass company.

For the outdoorsy, Kufstein gives visitors access to the epic Eagle Walk – a hike whose main route covers 280 km. There are 5 ski touring routes and 5 cross-country ski trails within Kufstein as well, making it a great destination for winter sports. In the summer, hiking, biking, and mountaineering take over this idyllic valley.

The Kaiserlift brings visitors direct from Kufstein to the Wilder Kaiser mountains. There are many guided tours that highlight the unusual aspect of the Kaiser mountains, bike paths are well laid out for outdoor adventures.

5. Salzburg, a must on any Alpine, heck, European bucket list

For those who have ever heard of Salzburg, it’s known as a musical metropolis. As the birthplace of Mozart and the iconic location of “The Sound of Music”, music is very much in the veins of this city. City streets are filled with harmonic performers, opera singers and buskers, hosting over 4,000 cultural events, and even bore the origins of the Silent Night Christmas Carol.

And yet, on top of the abundance of musical prowess, Salzburg is a city that keeps on giving. The UNESCO World Heritage city boasts a breathtaking panorama fronted by Fortress Hohensalzburg and the spires of 50 churches. The city center is considered the most significant baroque city north of the Alps, intentionally built to be exquisite and exude prosperity. Since it was founded and ruled by independent Catholic Prince archbishops in the 7th century, the city’s architecture is dominated by Cathedrals, large open squares and artwork. There are cobbled streets, beautiful avenues, hidden courtyards, street palaces and grand fountains all over the city.

A few minutes away from the center is Schloss Leopoldskron, demonstrating the majesty that is Salzburg. This gorgeous historic castle is surrounded by manicured gardens, perched by a glistening lake and with views of the mountains in the distance. It was also once a gathering place for writers, composers, and creatives.

All in all, the city is charming and romantic in every sense of the word. Every structure is built with elegance and exquisite design with the unforgettable backdrop of the great Alps.

Make Austria Your Next Alpine Destination

When it comes to Alpine destinations, Austria should never be missed. While the Alps usually connotes winter sports and outdoor adventures, Austria successfully blends this with culture, tradition, and beauty brought about by the country’s dedication to harmonizing with the mountains. With the vastness of the Alpine region, there is no truly “beaten path”, but a trip to Austria takes you off the hypothetical beaten path and into a unique perspective on Alpine destinations.

Author: Anna was born to travel the world having studied languages all her life. Although she has traveled the world, she now calls Switzerland home and spends her time writing about her experiences on her travel blog with her husband. 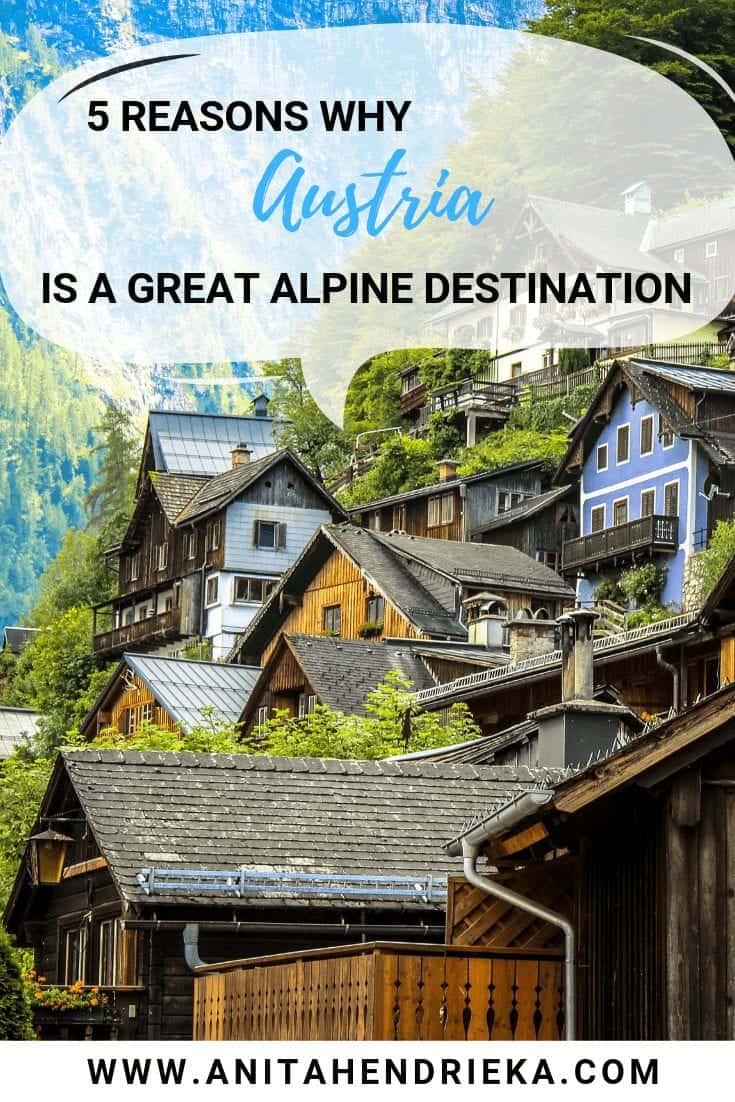 8 Epic Things to do in Gjirokastra, Albania: A LOCALS GUIDE

22 Unique Things to do in Croatia This Summer

10 Japanese Food You Have to Try While in Japan