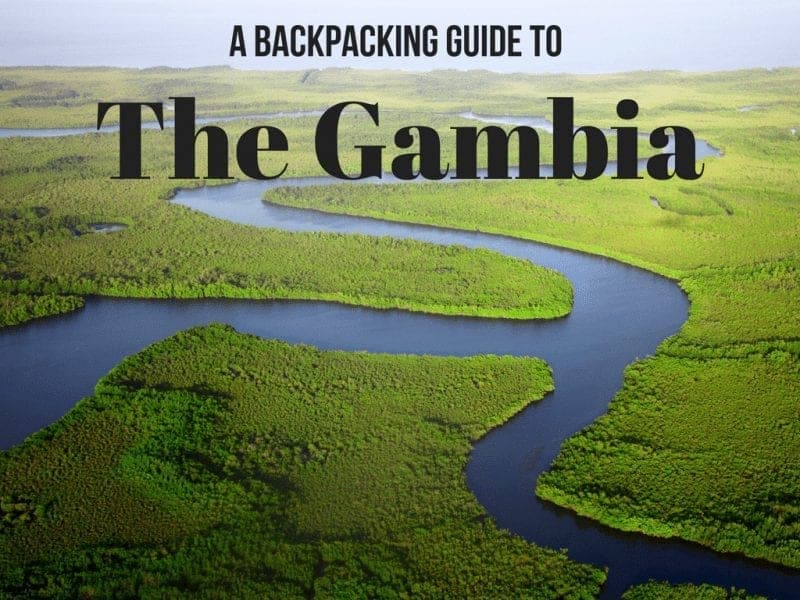 Written by Katie from Feathery Travels

Having never ventured further into Africa than Morocco, I had no idea what to expect from The Gambia. I’d studied History, so had no illusions as to why this tiny river-bank country in West Africa spoke in English; I expected to find resentment for our colonial past.

Life has been, and continues to be, very hard for the majority of Gambians. Wages are extremely low and there is a lack of opportunities for young people which increases the further east you travel. Despite this, I was usually treated with warmth and respect, never felt at risk of a crime and was guided through the country like a baton in a never ending relay race of helpful people.

It is a country of violent seas, fishermen and complicated mangrove networks. The variety of birds is world renowned and my only naive resolution (to see a baobab tree) was completed countless times within the first week, but (for me) The Gambia was about Gambians.

If you have the chance to visit, don’t restrain your travels to coastal tourist areas. Travel east, “up-country”, where the taxis turn to donkey carts and people are still surprised to see you. It’s easier than you think. 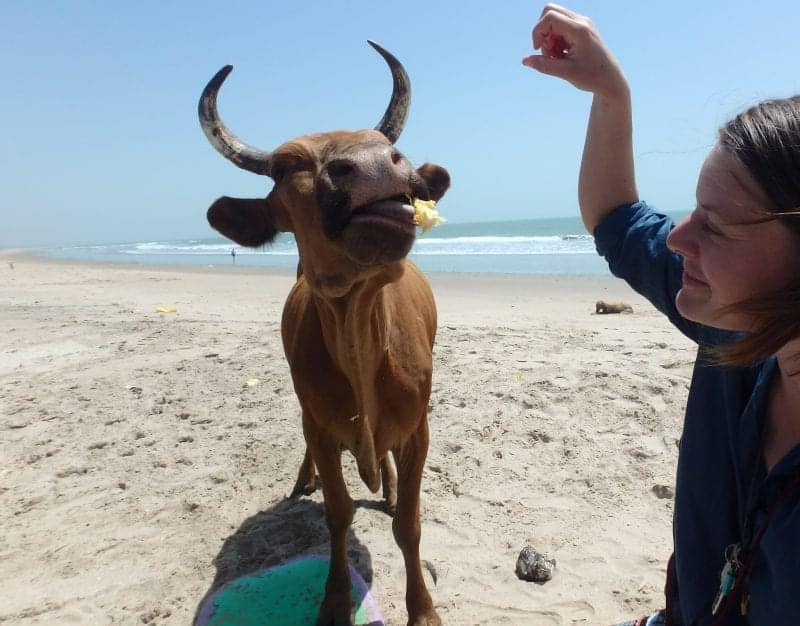 Greetings are very important in Gambian culture. You should never begin a conversation (even to ask for directions or buy something in a shop) without first greeting someone. Though the official language is English, it is important to note that away from main tourist hubs, many people do not speak it.

The main local language is Mandinka, followed by Wolof, Jola, Fula and a variety of less frequently spoken others. This can make for rather complicated interactions, so it is best to begin with learning the universal Arabic:  Salam alekum (“peace be with you”) and the response Alekum salaam (“peace returns to you”). This will be well received as an introduction everywhere and is often accompanied with a hand-shake (especially when meeting men). Something of an apology for lacking any further vocabulary is the gesture of placing your hand on your heart and bowing your head slightly. This also works as an accompaniment to “thank-you”.

The Mandinka phrases below would be a good place to start, but it is best to ask people which tribe they come from (a simple “Mandinka?” will suffice) and then let them teach you the greetings. As well as being the best way to learn, this is also a respectful interaction to show you are interested.

One word you will learn very quickly is “toubab”- it is an in-offensive term for white people/foreigners.

Transport in The Gambia

Although unlike in some other countries (I’m looking at you Peru), it’s relatively safe to grab a private taxi on the street, they will end up being pretty expensive as your main mode of travel. Shared forms of transport are infinitely cheaper and a much better way to meet local people.

The main forms of shared road transport are as follows:

Usually all these forms of transport (including the private taxi) are grouped together at a transport hub called “the garage”, though you may find a separate gelly-gelly station or taxi-rank in bigger cities. The garages themselves are a form of organised chaos which seems totally unfathomable to foreigners. Instead of trying to work it out for yourself, it is best to ask people where to go. Travelling alongside locals (and not complaining about it) is one of the best ways to endear yourself to Gambians; greet your fellow passengers, make complimentary noises at babies and offer some of your snacks to the person sat next to you. Though often horribly uncomfortable, these were the most rewarding parts of my trip.

Expect facilities to be limited away from tourist areas. Accommodation is usually friendly and relaxed, but can be very basic. As you travel up-country, electricity is occasional; this will often mean you do not have a fan at night, but mosquito nets are nearly always provided. Water is also likely to turn off at unforeseen times of the day.

accommodation in the gambia

Outside of towns and tourist areas, the best option for a full meal is often cooked by your accommodation. Typical dishes are fish or chicken and include domada (cooked with a rich peanut and tomato sauce), yassa (with chillies, lime, onions and mustard) and benechin (a one-pot dish with vegetables and rice).

As a couple (used to travelling on a tight budget), Dan and I spent around £40 a day. It could have been a little cheaper, but we wouldn’t have eaten so well. As a solo traveller, I think you would struggle to travel for much less than £30 a day as accommodation is usually in double rooms.

Health and Safety in The Gambia

Check with a doctor or travel clinic about your vaccinations (note that a yellow fever certificate is necessary to enter Senegal at the land border). You will also need to take malaria tablets and make sure you have any medication with you as it will not be easy to find once you are there.

Tap water is not safe to drink.

The most common crime affecting tourists is pick-pocketing. This is only a problem in cities and probably not any more common than in your home country. Keep your important documents, bank cards and the bulk of your money hidden under your clothing in a money belt. Be aware that Gambian money is very bulky and you might need an extra hiding place for it. Keep some money out for daily use. Using your own discretion, it is usually better to leave your valuables in a locked bedroom than carry them around.

Violent crime is very unusual. If you are unlucky enough to be victim to it, do not put up a fight to save your valuables.

Politically, The Gambia is now stable. As with any country, you should double check for up-to date information before you go.

Arranging your finances can be annoying. Up-country ATMs are very sparse (Basse Santa Su, Farafenni and Brikama are the only towns that have them). You can only draw out around £50 (sometimes £30) at a time. Multiple transactions are allowed, but this means you must pay the withdrawal fee each time. Otherwise, the UK pound is the easiest currency to exchange and some tourist centred hotels will accept them.

Though most Gambians are genuine, the vast wealth gap between tourists and locals has lead to an understandable assumption that foreigners have bottomless pockets. Treading the line between cautious and paranoid is likely to be the biggest challenge for a conscientious traveller. Always show respect, get to know people slowly and try not to be offended if you realise your new friendship is turning into something less straight-forward; simply extract yourself politely and move on. Probably just as often, you will find yourself suspicious of an interaction that turns out to be purely friendly. This usually leaves you feeling much worse.

Tempting as it may be to pay money to get someone to leave you alone, please refrain as it only perpetuates the problem and personally makes things worse for you if you aren’t moving on immediately.

In touristy areas on the coast, young men, commonly referred to as “bumsters” (by both Gambians and tourists), are likely to try and befriend you as you are walking along. As you attempt to move on and find them still with you, it quickly become apparent that they want something more (money for a tour, for you to buy them something, to sell you cannabis or maybe for sex and the favours which might accompany it). You will need to be polite but firm to avoid getting entangled and simply retreat back into your accommodation, the sea or a restaurant if it becomes too much. If you are staying somewhere a while and don’t give them money, they will quickly become disinterested. Continue your travels east or further south on the coast to avoid them.

Bargaining – accommodation, food in restaurants and public transport rates are usually fixed, but you can bargain in markets. Keep it friendly and remember to do the conversion in your head; the money likely means a lot more to them than to you, so don’t be too petty. With taxis, it is a good idea to get an estimate elsewhere first (as the prices can be wildly inflated) and be sure to agree the price before you get in. 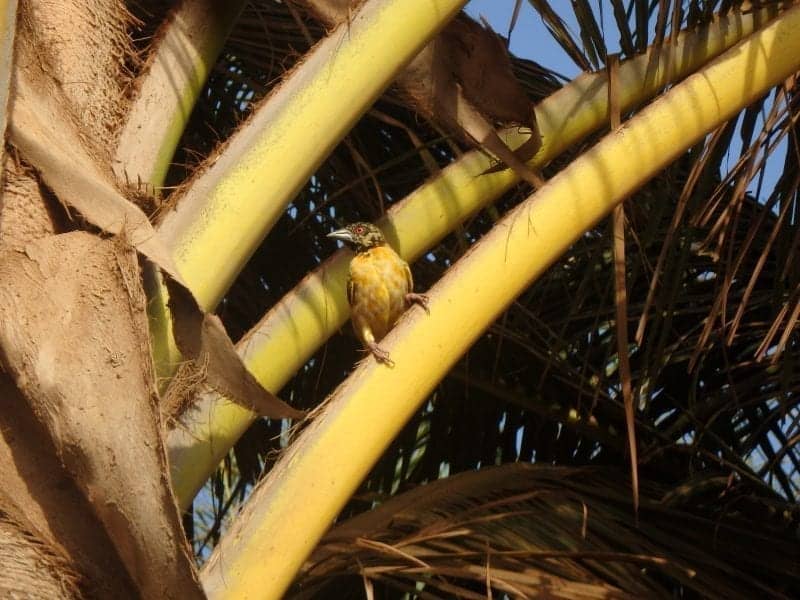 Both the The Gambia and Senegal are conservative, predominantly Muslim countries. Show respect by dressing modestly.

Do not give children sweets, money or other gifts. Almost everywhere you go in The Gambia, you will hear “Toubab! Toubab! Any minty?”; this is the result of generations of well-meaning foreigners handing out presents to children. Aside from rotting their teeth, it encourages the idea that begging from tourists is more profitable than school. It is much more helpful to donate directly to a local school, clinic, NGO or charity.

Do not feed monkeys (or other wild animals). They look cute, but can become aggressive and dangerous after too much contact with humans. By feeding them you are endangering local people and ultimately the animals themselves (if they cause too much damage, they will have to be controlled).

In terms of waste and consumption, it is very difficult to travel in an environmentally friendly way in The Gambia.

Even for first time visitors to Africa, backpacking around The Gambia is entirely feasible. Show people respect, don’t forget your privilege and you will be rewarded with genuine interactions. It is a tiny country with a lot of soul, so expect the experience will stay with you long after you leave. 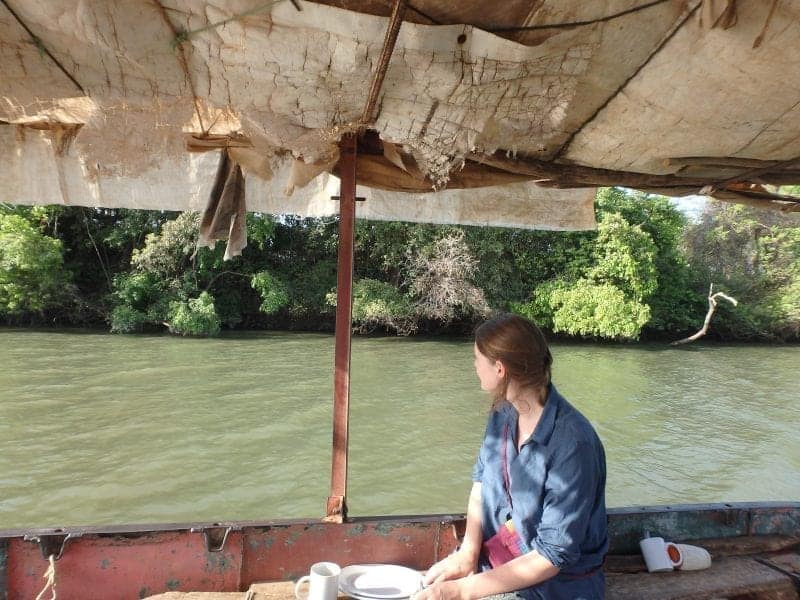 Katie Featherstone can normally be found over on www.featherytravels.com. When she isn’t working in the Icelandic Highlands, she is usually volunteering, camping or slowly exploring another small corner of the Earth. Having left scraps of her heart all over the place, the bit that she has left is mostly preoccupied by with the refugee crisis, ocean plastic and everything else that is wrong with the world. 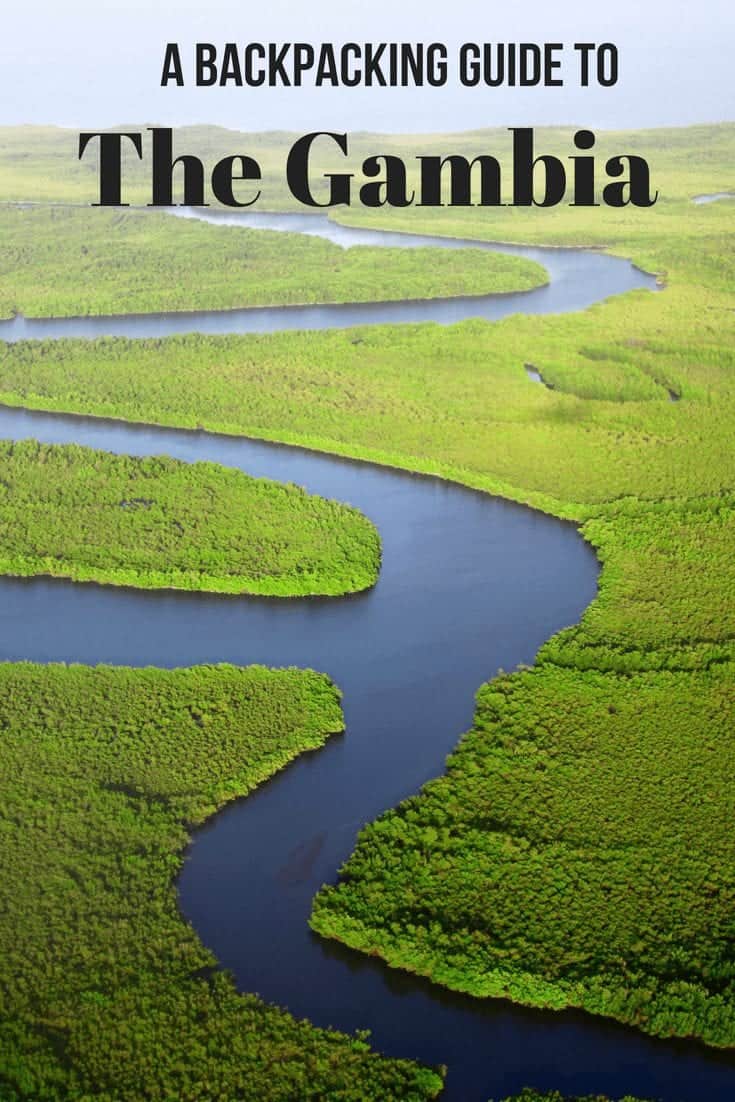 9 Reasons Why You Should Visit Morocco