20 of the Best Jamaican Food You Must try 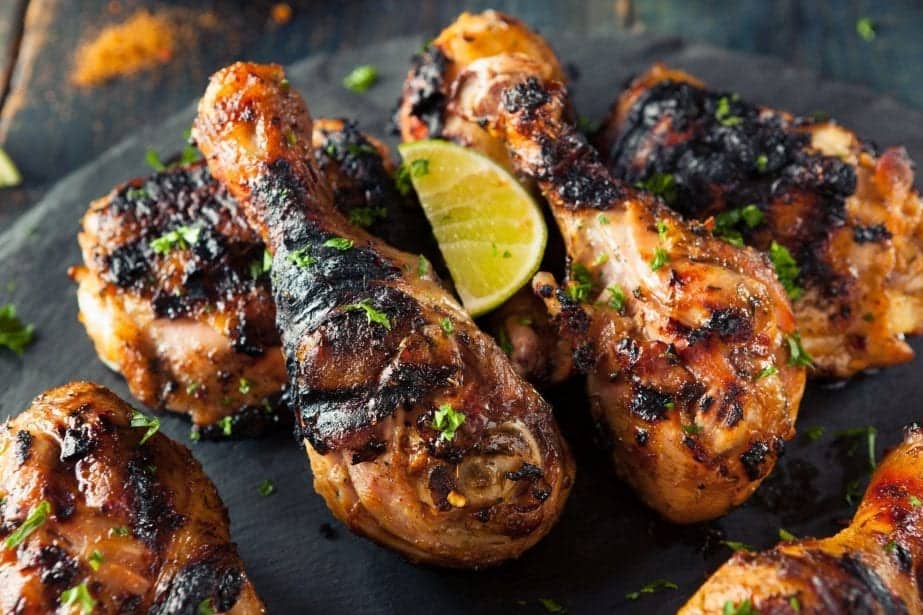 When most people think of Jamaica, they think of white sand beaches or pulsating reggae music. They rarely think of Jamaican food (although they might think of jerk chicken).  However, Jamaica has a thriving food scene and in every corner of this little island, you will find a dish to whet your appetite.

Not only is Jamaican cuisine diverse, but you will also find a plethora of cooking establishments from formal restaurants, to beach-side shacks where you can get some of the best seafood, and to the jerk pan man on the street corner who serves up some of the most delicious Jerk chicken or pork.  You will be treated to a variety of traditional Jamaican food that you have never heard of, but which you will remember for a lifetime.

Jamaican food has been influenced by its colonial past.  You will not only find dishes from the Tainos, the first inhabitants of Jamaica, but also dishes influenced by the African, Chinese, Spanish, English, and Indian immigrants that arrived in Jamaica.

The food in Jamaica is very meat and fish heavy, but there are also some options for vegetarians and vegans. Although it is still pretty uncommon in Jamaican cuisine, people will try to cater to this if they can, so just ask!

Goat curry is one of the most traditional Jamaican food

Goats are prevalent in Jamaica. It is not uncommon to see herds of goats wandering around on the streets or in the countryside. However, we digress, curry goat is a common fixture on most Jamaican menus and no event on the island is complete without the offering of a good plate of curry goat. This traditional Jamaican food is usually served with rice and peas or plain rice. Curry was introduced to Jamaica in the 17th century when Indian workers were brought to Jamaica as indentured workers.

“Escovitch” is Jamaica’s version of South America Cerviche.  Fish, usually a whole fish, is fried until it is crispy. A sauce of vinegar, scotch bonnet peppers, onions, carrots, pimentos, and sweet peppers is then poured over the fish.  This is one of the most popular Jamaican dishes and is usually eaten with bammy or festivals. A favourite spot for locals to get Escovitch Fish is the Hellshire Beach in Kingston. 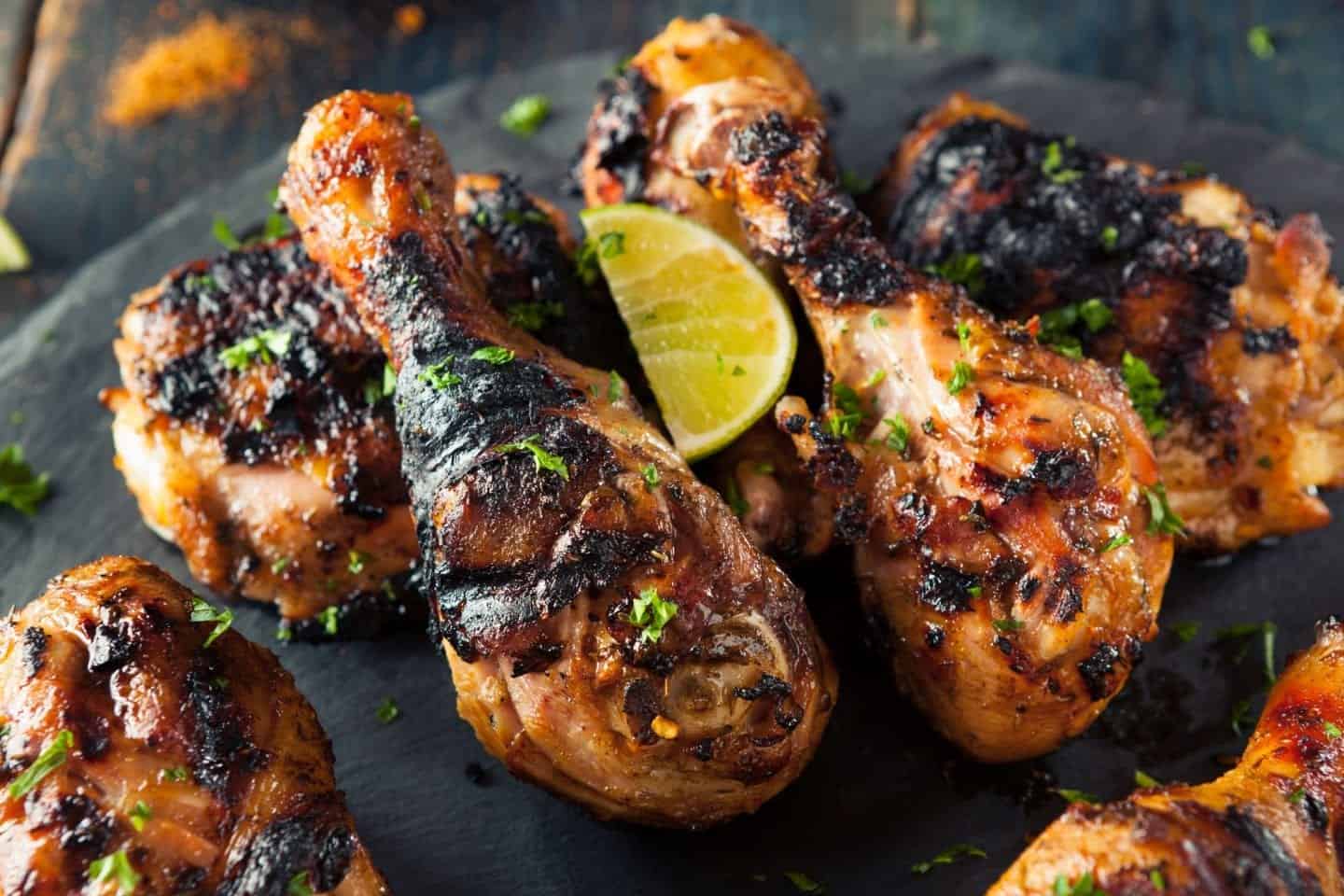 Jerk is one of Jamaica’s most popular food exports.  Jerk was started by the Maroons (escaped slaves) who adapted the meat preservation techniques of the Tainos, the first inhabitants of Jamaica.  To prepare jerk, meat is dry rubbed or marinated and then slow cooked over pimento wood. Jerk Pit operators throughout the island have their own proprietary recipes.

However, some common ingredients are pimento, onion, thyme, garlic, scallions, and scotch bonnet peppers. If you want authentic jerk, visit the home of jerk in Boston Bay in Portland.  If you can’t make it to the eastern end of the island, a popular Jerk meat restaurant chain is Scotchies.

It’s no wonder Jerk chicken is some of the best Jamaican food to try!

This is Jamaica’s national dish and is usually served during breakfast or brunch. It is usually eaten with yam, green banana or johnny cakes.  The ackee fruit is boiled and cooked up with tomatoes, onions, black pepper, scotch bonnet and salt fish. Even though Ackee and Saltfish is our national dish, the two main ingredients are not indigenous to Jamaica. The ackee fruit was introduced to Jamaica from West Africa and the dried codfish is imported from other countries. If not cooked properly or if you cook unripe ackee, it can be poisonous.

This unique Jamaican dish is a must try for anyone wanting to try traditional Jamaican food!

Oxtail is a favourite in Jamaican cuisine and a common staple on the menu of many restaurants and cafes in Jamaica. This meaty goodness is usually served with broad beans and white rice. If you are wondering exactly what Ox tail is? Well, it is literally the meat from an ox’s tail. The meat is rich in gelatin, which makes it ideal for slow cooking into a stew.

Bammy is a flatbread made from cassava.  It can be fried, baked or steamed and is usually eaten with Escovitch fish. Bammy is believed to have originated from the Tainos, the first inhabitants of Jamaica. It was a traditional bread staple until the cheaper imported bread staples were introduced into the Jamaican market.

For vegans and vegetarians, bammy is a safe Jamaican food (just make sure it’s without Escovitch).

Festivals are a traditional Jamaican dish usually eaten with Fish or Jerked Meats. Festival is fried sweet dough. The main ingredients are cornmeal, flour, baking powder, water and a little bit of sugar.

Johnny cakes are popular Jamaican breakfast food. They are fried dumplings usually served with Ackee and Saltfish or Callaloo. They are similar to festivals but without the sugar.

Callaloo is one of the best Jamaican dishes for vegetarians or vegans. This leafy vegetable is one of Jamaica’s most popular cooked vegetables and is similar to Spinach. It is usually cooked up with onion, tomatoes, salt, pepper and a little bit of scotch bonnet pepper. Saltfish can also be added to the Callaloo. It is frequently eaten as a breakfast dish and is usually served with Johnny cakes, boiled green bananas or roast breadfruit.

Patties are one of the most popular Jamaican snack foods. A patty consists of various types of meat fillings enclosed in a crispy, flaky crust. The meat filling is usually ground beef; however, other meat fillings such as shrimp and lobster can be used. If you want a vegetarian option, you can try the ackee or callaloo patties. These patties are frequently eaten with cocoa bread. A few popular outlets for purchasing patties are Sugar and Spice and Tastee stores. 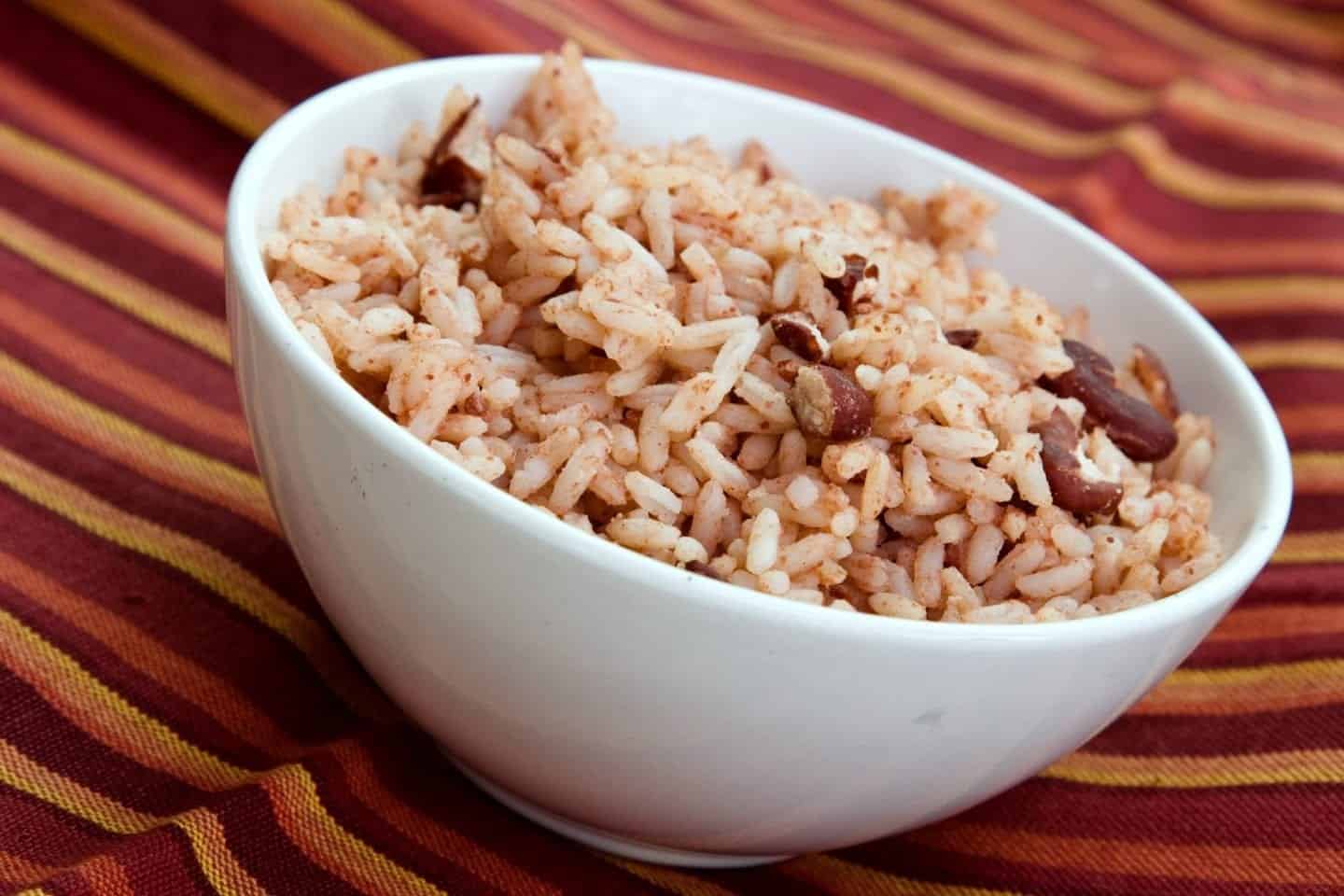 Every time I think of rice and peas,  I think of Sunday dinners with my family. Rice and peas is a traditional Jamaican rice dish and can be found on pretty much any Jamaican menu. For this dish, red peas are boiled in coconut milk and spices such as onion, scallion, thyme, and scotch bonnet pepper are added. The rice is then added. The red peas give the rice a slightly brownish red shade. This dish is frequently eaten with meat dishes such as curry goat or jerk chicken.

The middle quarters in the parish of St. Elizabeth on the southern coast of Jamaica is best known for its peppered shrimp snacks. These red tinged shrimps get their red colour from the scotch bonnet pepper used to season them. If you’re looking for spicy Jamaican food options, you can’t go wrong with peppered shrimp.

One of the most popular Jamaican dishes eaten at breakfast time is Mackerel Rundown. This traditional Jamaican dish is usually served with boiled green bananas or boiled yam. Mackerel Rundown is made by cooking salted mackerel with coconut milk and seasoning, such as onions, garlic, scallion and tomatoes.

No foray in Jamaican cuisine is complete without trying out the desserts. Sweet potato pudding is one of the most popular favourite Jamaican desserts. This pudding is made with Jamaican sweet potato, coconut milk, raisins, nutmeg, cinnamon and other spices.

If you spend Easter in Jamaica, you will invariably have someone ask you if you have had any bun yet. Jamaican buns are a sweet dense bread that consists of raisins, currants, mixed peel and other spices.

The buns are more popular during Easter time but are eaten in Jamaica as a snack throughout the year.  The bun is usually eaten with Jamaican cheddar cheese.

A traditional Jamaican food that is usually eaten for lunch or dinner.  This stew consists of red peas, beef or salted meat, coconut milk, and additional spices such as onions, garlic, thyme, pepper, pimento, and scallions. Thin flour dumplings known as spinners can be added to the stew.

Roast yam and salt fish is a Jamaican food favourite, especially when going on a road trip. You usually find roadside vendors selling this dish. Yam is a starchy tuber and the type of yam used for this dish is yellow yam.  The yam is simply grilled and sometimes butter is put on it. Salt fish is simply salted codfish. This is the same salt fish used in the Ackee and Salt fish dish. The salty taste of the codfish is a perfect complement to the roasted yam. 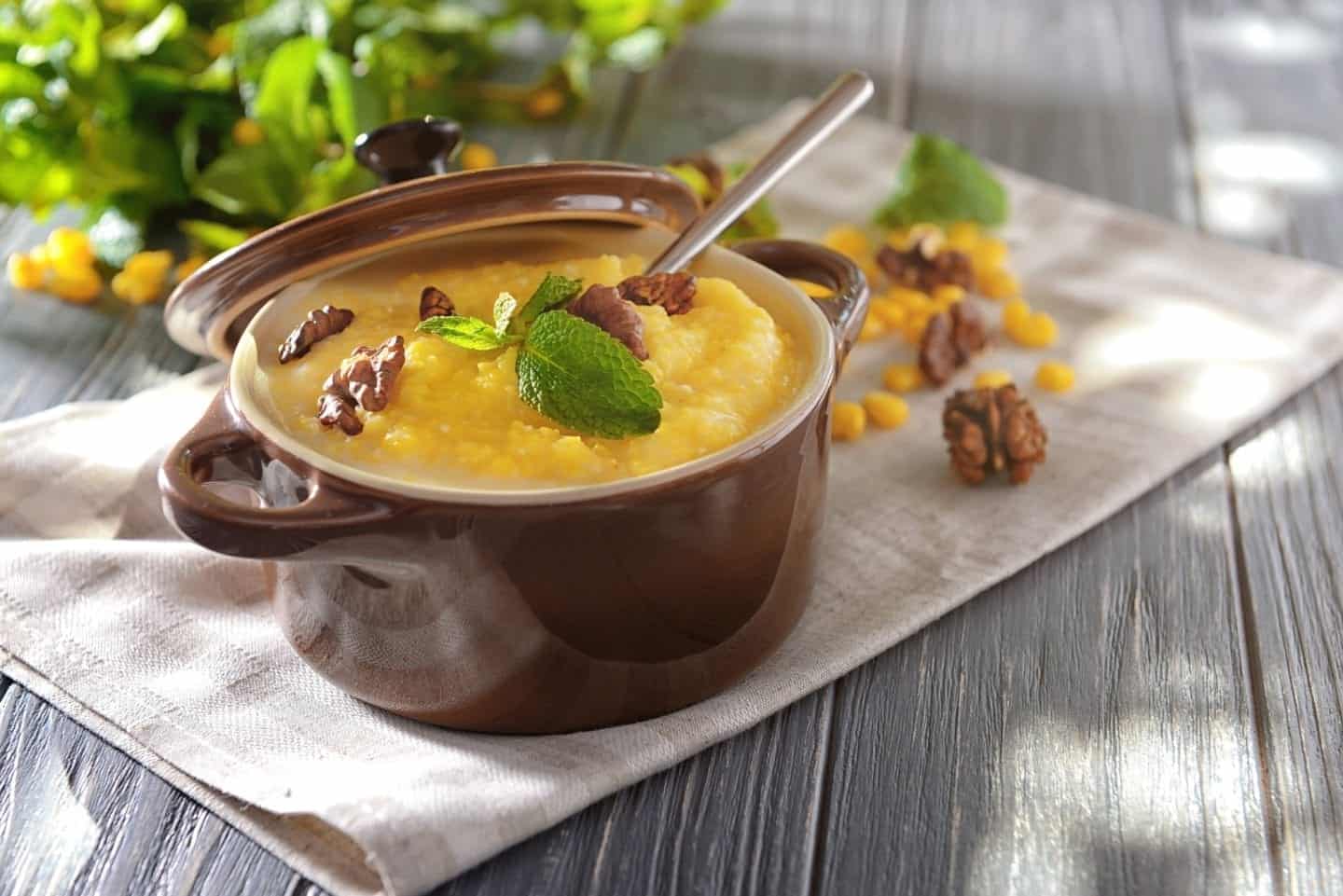 Cornmeal porridge is a traditional Jamaican breakfast dish. It is cornmeal combined with milk or coconut milk, cinnamon, nutmeg and other spices. This hot breakfast meal is a perfect way to start the day.

Banana chips are one of the Jamaican foods you’ll find everywhere on the island. They are a popular snack made from green bananas that are sliced thinly and then fired. You can find similar snacks where green plantains, cassava or breadfruit are used instead of green bananas.

Fried ripe plantains are a staple of Jamaican food. They are usually used as a side dish for breakfast, lunch or dinner dishes. You will find that some Jamaicans like their plantains really ripe while other like them fried when they are only slightly ripe. The riper the plantain, the sweeter the taste.

This dish is a personal favourite and slightly addictive. Once you start munching on one, you probably will not want to stop! The dish consists of a flour batter that is seasoned with codfish, onion, scallions, and other spices. The batter is then fried into flat crispy cakes.

This is just a sample of the variety of food in Jamaica. As you can see Jamaican food is diverse and full of spice! If you can, try and take a food tour or ask a local about their favourite food spots. Jamaicans are extremely friendly, I can guarantee you, express an interest in Jamaican cuisine, and more than likely you will find yourself a guest at their dinner table! 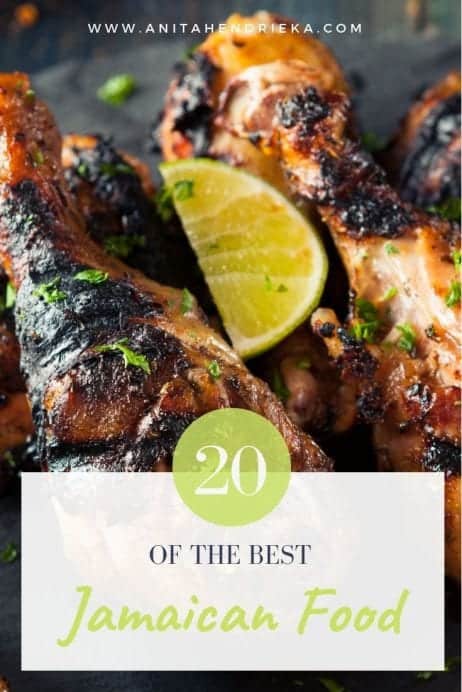 4 Most Picturesque Destinations in The Caribbean

7 Best Islands in the Bahamas to Explore

Mediterranean Diving: 7 of the best places to dive in the Med

The Best Mouth Watering Indian Food to Try in India