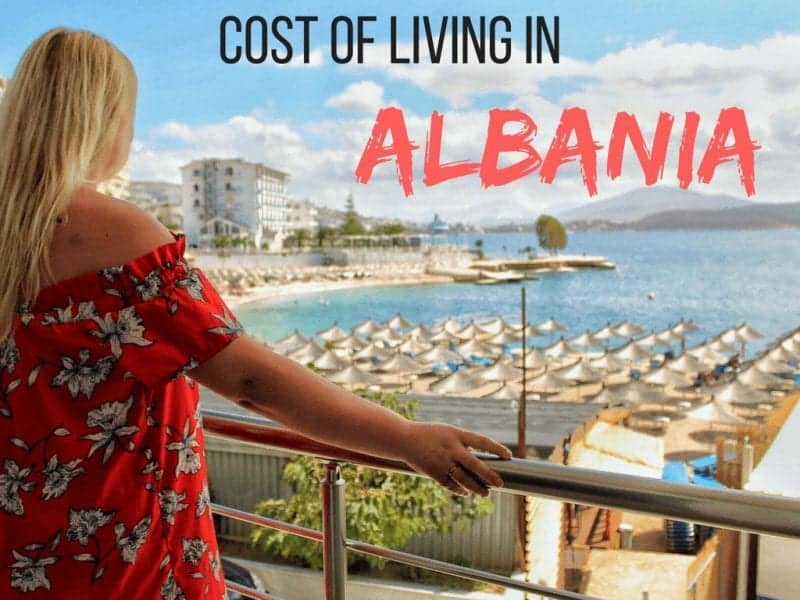 What is the cost of living in Albania?

Everyone is always interested in the cost of living here because as a tourist it’s very affordable.  This article is all about how much it costs me to live here.

I rent an apartment in Saranda.  There are many apartments here to rent. During the winter time, the city is empty which means you can grab an apartment for very cheap here.  During the months of July and August, the prices double in the city because Saranda is full.

I rent a 2 bed, 2-bathroom apartment and it costs me €150 per month.  I live about a 5-minute walk away from the beach which is ideal for me.  It’s very local so there are not too many tourists renting out apartments in my block.

To compare, last year I rented a new studio which was right on the beachfront and it cost me €150 also, so it does depend on where you want to be and how new the apartment is.

My advice to find an affordable apartment anywhere in Albania is to look to live in a local area rather than a tourist area. For example, in Saranda (the city where I live currently) one side of the city is considered for tourists and you will be paying 2, 3 and sometimes even 4x the normal price.  Not only with apartments but with food etc as well.  Here’s how you can find an apartment to rent long-term in Saranda.

the best accommodation in albania

Cost of Power in Albania

Obviously, power differs each month but on average I pay between 2500-4500lek (€19 – 35 per month).  There are not regular power cuts in Albania like there are elsewhere in the world.  In the winter time, if there is a storm there’s a chance of a power cut but it’s not something that is a problem all the time.

Cost of Water in Albania

When I arrived, I signed a Wi-Fi contract for 1 year with the company called Meno.  I purchased the highest speed internet (unlimited) and each month it costs me 2000 lek (15 euro).  The internet is amazing, it’s better than New Zealand which surprises me every day.  I have only ever had one problem with the internet in the 5 months I have been here. 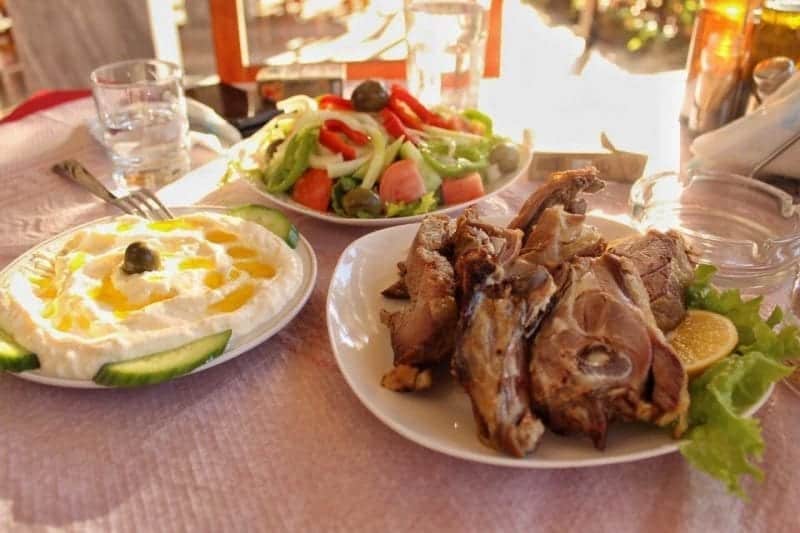 The cost of living in Albania is very affordable as all these dishes cost under €10!

I love to cook so I probably only eat out once a week, sometimes once every two weeks. How expensive is Albania?  Actually, sometimes it can be cheaper to eat out than to cook.  Here are some examples of how much the basics cost me.  Bear in mind I live in Saranda so the prices are different than other places throughout Albania.  I have heard from Albanians that Saranda is considered the most expensive place too  Also, quite often they charge tourists double if you go buy fruits and vegetables at the markets, so you have to keep an eye out for that.

A loaf of fresh bread at the bakery: 50 lek

Cost of Eating out in Albania 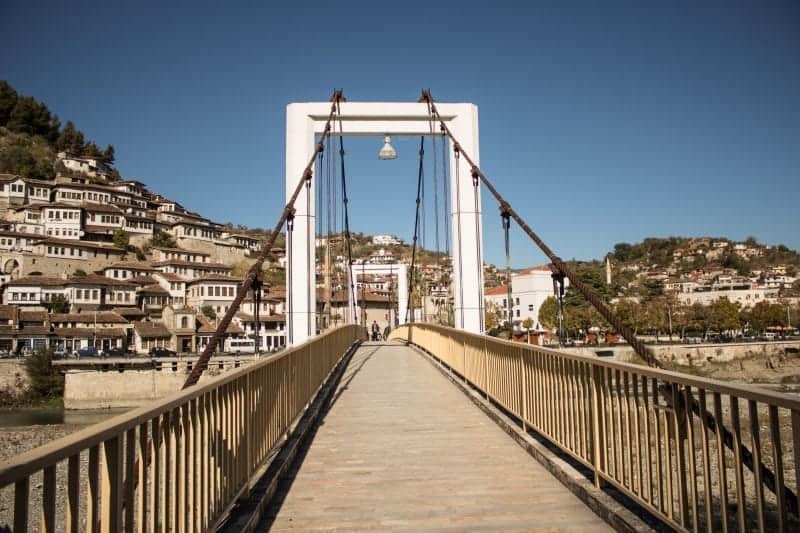 I find transport affordable when I look at the price but when I think about it a bit more I don’t think transport doesn’t reflect the wages here and maybe it’s a little expensive for the locals to catch buses and furgons to different cities.

As you can see the cost of living in Albania as a tourist is very affordable.  In the summer, in the city of Saranda prices do sometimes double in all aspects as there is a higher demand. If you have any questions on other costs, then please let me know below and I will try and answer them as best as I can!

Articles you will love: 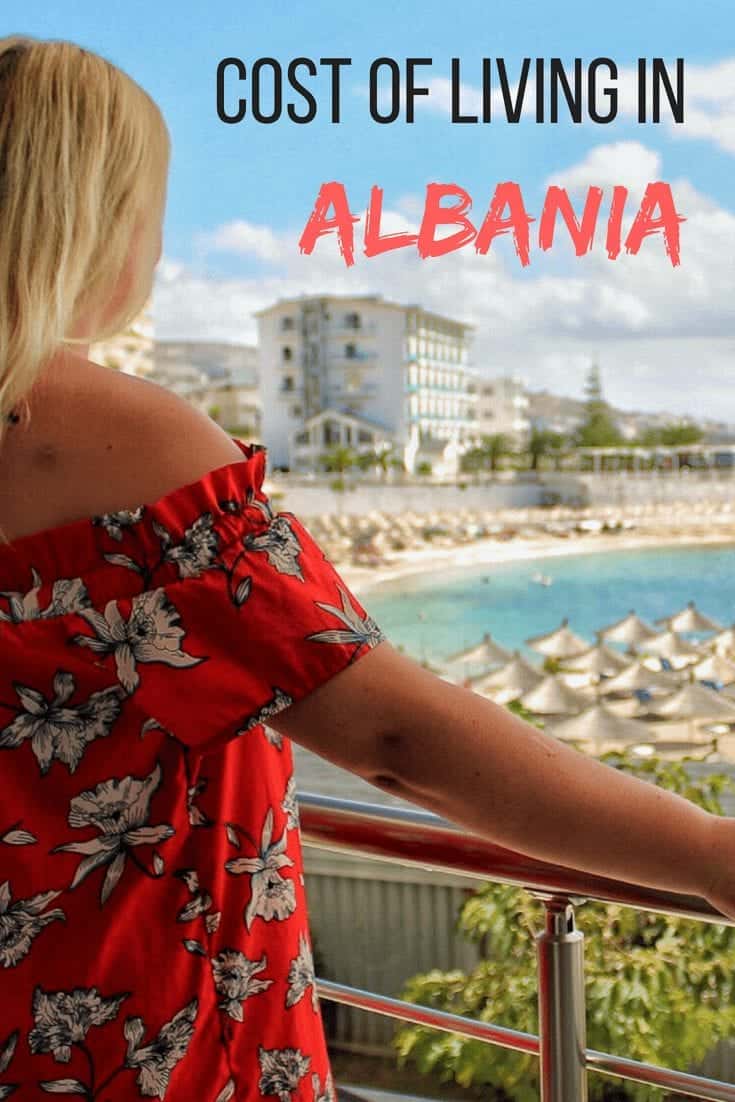 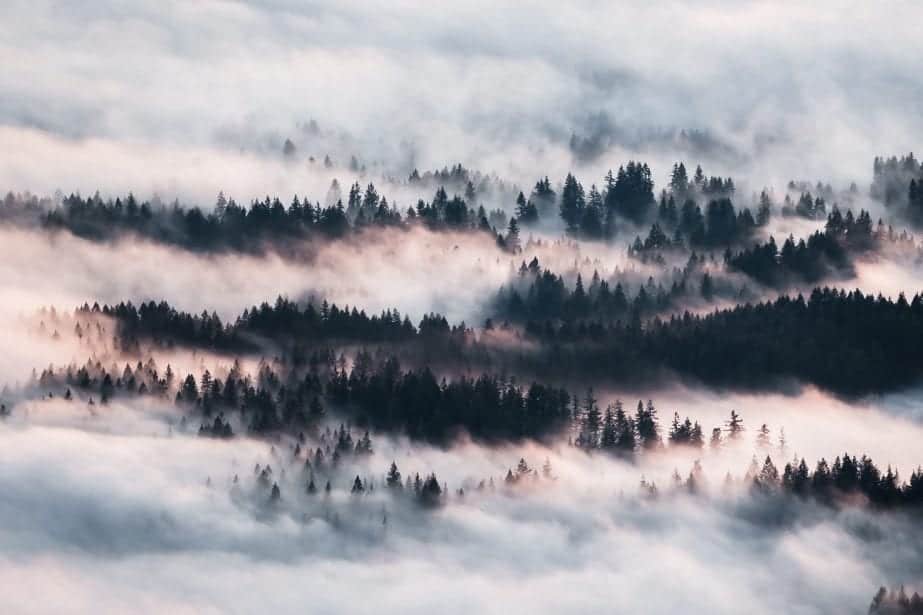 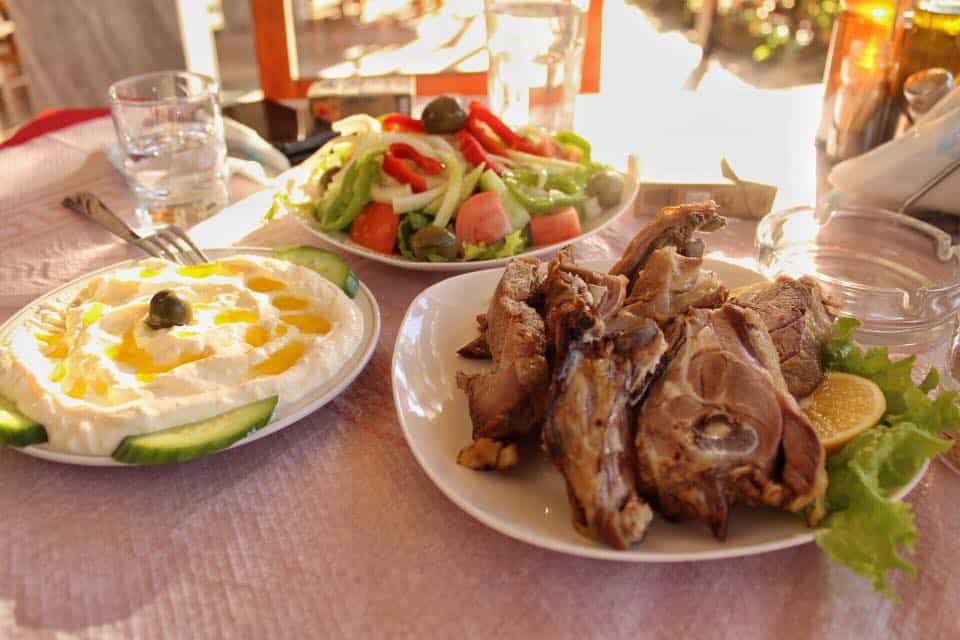 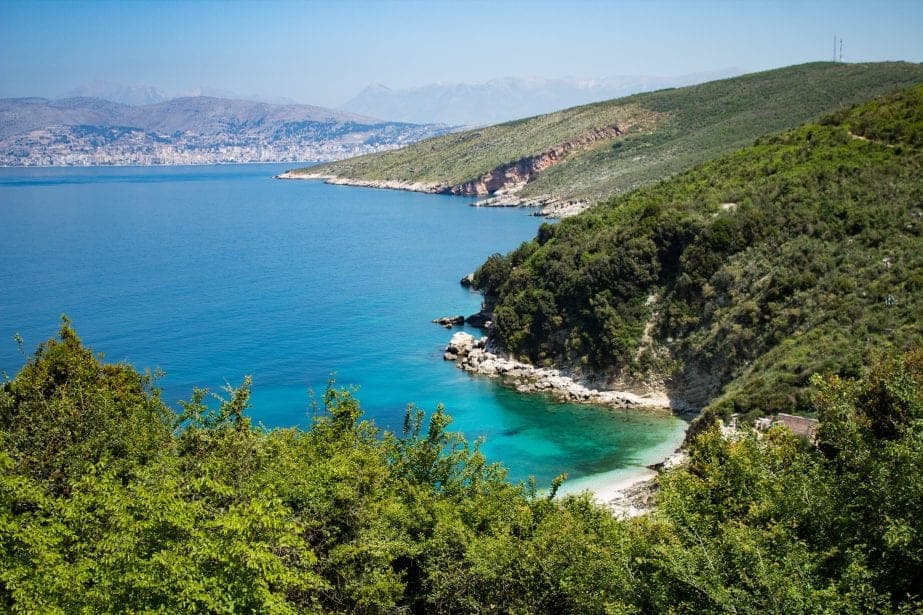 35 Unique Things to do in Albania