Discovering the Golden Circle in Iceland

In recent years, Iceland’s tourism has taken off (crucial to saving the country’s economy) and one of the main drivers behind it’s popularity is the famous Golden Circle. We were in Iceland for a week  and our first touring adventure was driving this iconic route. With a name brilliantly derived by a Marketing Department, the Golden Circle, is a loop, 300 kilometers long, that encompasses three main attractions- Pingvellir National Park, the Gullfoss waterfall and the geothermal area,  Haukadalur – home to geysers – including the one that lends it name to these occurrences- Geysir.

The majority of visitors take one of the many Golden Circle tours being offered aboard one of the aforementioned huge buses. Not being a fan of such travel, our group of five decided to rent a car and create our own tour, allowing for flexibility and of course to be ahead of the pack. Driving in Iceland is quite easy- the roads are in good condition and there is barely any traffic to contend with (outside of the car parks of the three Golden Circle attractions!) We were visiting in summer and were able to take full advantage of the long daylight hours- in fact the sun barely dipped below the horizon before rising again minutes later.

The circle starts and ends in the capital of Reykjavik- a small charming town, renowned for its weekend happy hours- something which we took full advantage of.  After one too many Brennavins (the national drink- sometimes called Black Death- and a whole different story!), we departed early on a Saturday morning to get a head start on the tour groups. 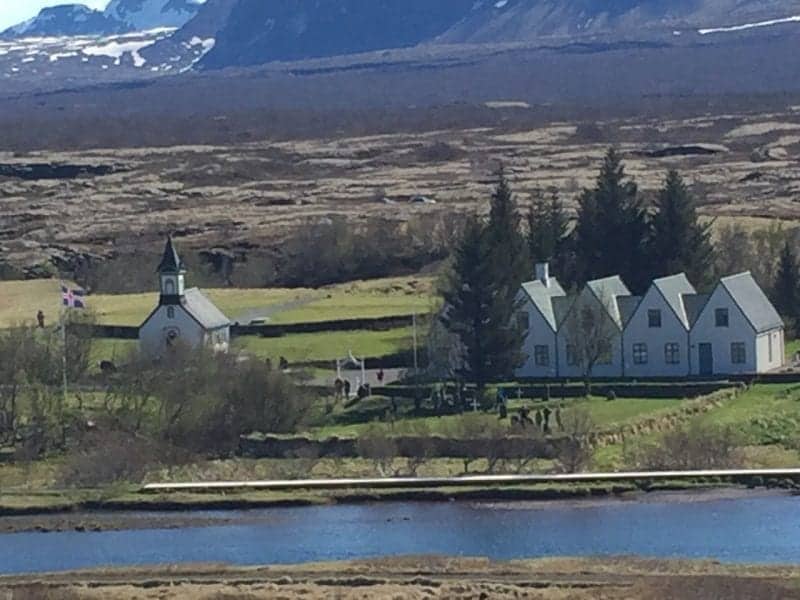 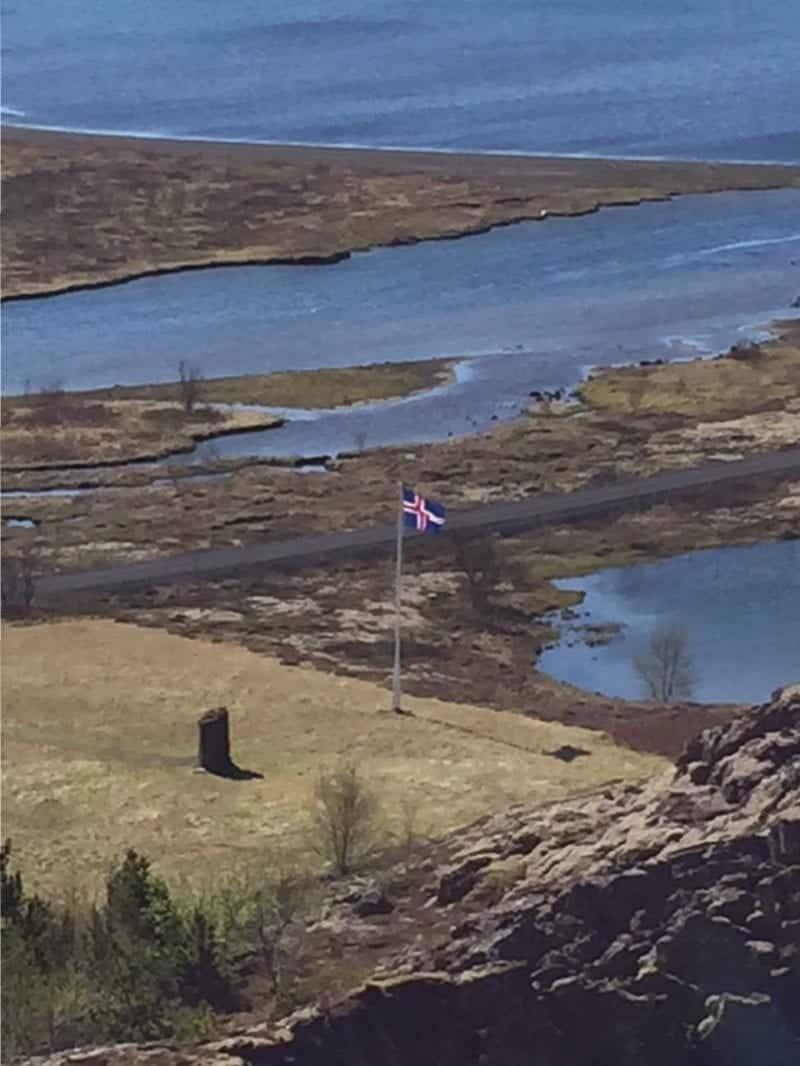 After just half an hour on the road our first stop was Thingvellir National Park. This park was once the home of Iceland’s national parliament over 1200 years ago. Here locals gathered to discuss forming laws for this island- in effect the world’s first parliament and some 800 years ahead before the USA did the same thing. Adding to the historical significance of the site is the amazing setting- a geological delight which is literally divided between North American and Eurasia. It is here where you can see the tectonic plates separating these two regions. Iceland is famous for its natural beauty and this was a great introduction for us. 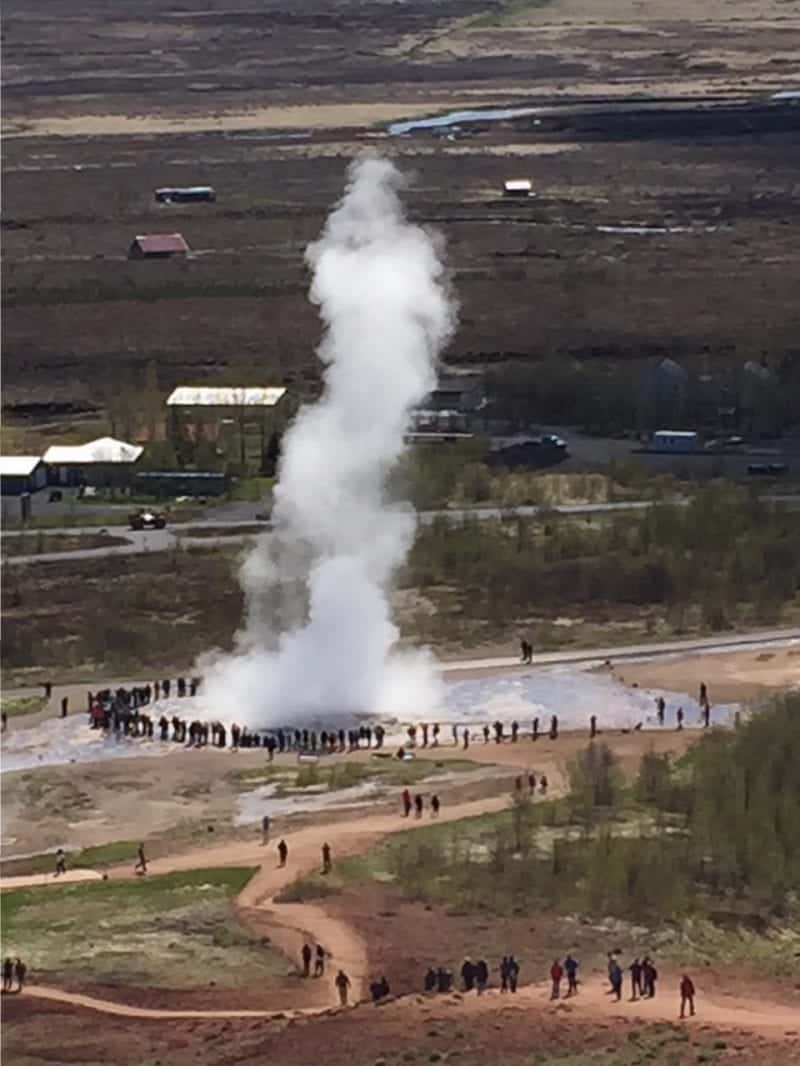 As we saw the first swarm of buses (I wonder what the collective is for a group of  buses) enter the car park, we took this as a sign to move to Stop 2- Haukadulur. Whilst the famous Geysir is no longer active, another geyser- Stokkur puts on a show every 6-10 minutes. Small ropes (and many warning signs advising of the extreme heat) keep the crowds from getting too close to this powerful (and hot) eruption which can get up to 40 metres in height. To see the immense power of Mother Nature at each eruption is amazing and the crowd “oohs and “aahs” in unison. People had their fingers on their iPhone and cameras ready to click at the perfect moment to capture Stokkur in full flight. The excitement builds in anticipation ahead of each powerful blast. With such regular eruptions, there was always another opportunity not too far away to get a great shot (thank God for digital cameras!)

In addition to the close-up views there is also an opportunity to take a short hike up a nearby hill to get an aerial view. Again, this was an advantage of our own self guided tour- we got to move away from the crowds and enjoy a nice walk. At the top we were rewarded with a different perspective of Stokkur. And many more photos.

The last of the Big 3 attractions is Gullfoss. This is a mighty 32 metre waterfall formed by the Hvítá river and fed by Iceland’s second biggest glacier. There are two mighty drops and around the site are plenty of walks, allowing for different angles and viewing of Gullfoss. The water here is a lot colder than the geothermal geyser’s and its necessary to add on the layers at this stop- even in the middle of summer.  Instagrammers will have a field day here, capturing rainbows being formed, dramatic drops and beautiful scenery- just don’t get too close when you try and take the perfect picture!

With so much sunlight left in the day we decided to add a fourth stop to this tour and one not covered by the Bus Swarm- the Secret Lagoon. I don’t know how something published in guidebooks can be called a Secret but nonetheless it is. The Secret Lagoon houses natural hot springs with the warm water staying at 38-40 Celsius all year. Located in the small village of Fludi, it’s just a small detour from the Golden Circle route and provides a great place to soak, relax and perhaps enjoy a beer after a day of touring. Whilst the Blue Lagoon is the most iconic attraction in Iceland and is a must do, this alternative provides a far quieter and more peaceful bath. Bereft of crowds it’s a nice way to end the day before heading back to Reykjavik (and those infamous Brennavins!)

The closeness of these sites, the easy driving conditions and the freedom to set our own timetable makes renting a car a no brainer in my opinion. If you have 2 or more people, its also a lot cheaper than a tour- although you wont have a guide.

Of course the Golden Circle is just one way to spend a day in Iceland, there are many more amazing things to see and do- and with Iceland becoming more and more popular by the day- now is the time to do it!

Author:  Having discovered as passion for travel after completing university, I’ve been fortunate to visit 97 countries since then. Whenever possible my focus is on meeting locals, getting off the beaten path and getting to understand the culture.  Make sure you check out my Facebook and Instagram! 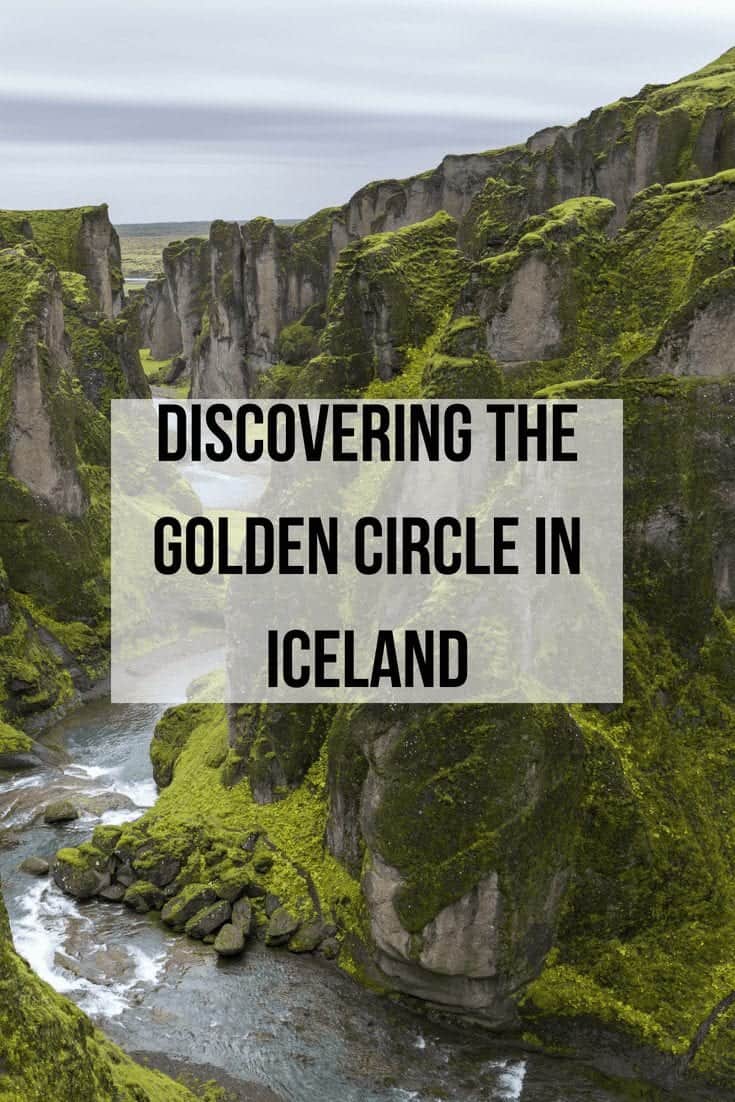 8 Epic Things to do in Gjirokastra, Albania: A LOCALS GUIDE

Saranda Restaurants: The Best Places to Eat in Saranda, Albania

8 Reasons Why You Should Visit Kosovo

How to Take Photos of Yourself When Traveling Solo