13 Facts About Albania You Didn’t Know

If you’re looking for all the best fun facts about Albania, you’ve come to the right place!  Living in Albania has afforded me insight into the country most foreigners never experience.

Albania is a fascinating place with many interesting daily routines and cultural facts.  From my local friends and extended family, I have learnt so many interesting facts about Albanian culture and history, and some of the daily rituals that people do here.

Here are 13 interesting and fun facts about Albania!

When talking to an Albanian you may notice that it looks like they are disagreeing with you, but they nod their heads in the opposite direction than those of us from western cultures.  Shake your head up and down and that means no, shake it side to side and that means yes.  The only other place that I know that does the headshake the opposite way is India!  This is one of those Albanian facts that can take awhile to get used to, but if you do, it might be super confusing once you go back home!

I love learning new facts about Albanian culture and beliefs because they are very interesting and different to those I grew up with in New Zealand.  For example, you may notice when walking around residential areas that on the fence or entrance of the houses there are teddy bears or dolls.  This is to ward off any bad spirits.  Another belief is if a liquid like a drink is spilt then you must pour water over that spill to ward off bad luck.

Also, if you order a second raki from a café you may notice they will bring it in a new glass but pour the raki into the glass you’re already using.  Apparently, if you are given a new glass then it means you get a new partner.  There are many other fascinating Albanian beliefs that many of them live by too! 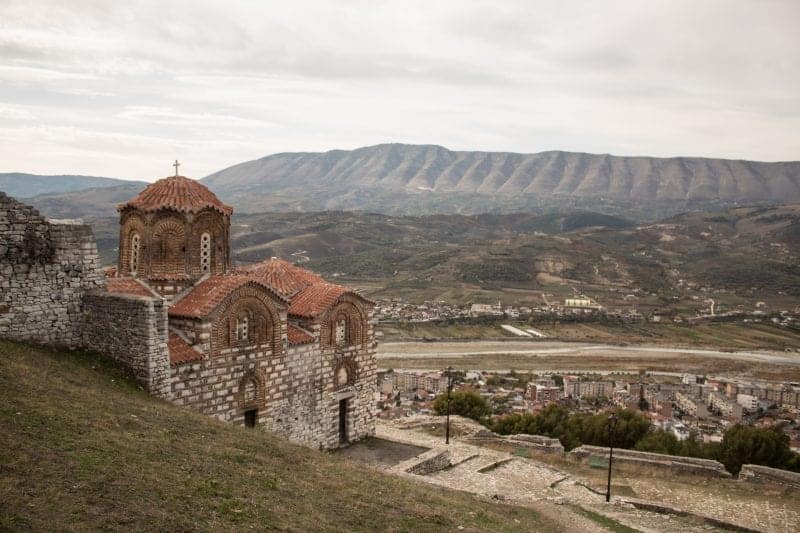 3. Religion was banned in Albania

One of the most interesting facts about Albania is that during the communist era (1941 to 1992) religion was outright banned making Albania the first atheist country in the world.  Many mosques and churches were burned down during the Enver Hoxha ruling.  Nowadays, Albania is known as one of the most tolerant countries when it comes to religion.  People from all religions live together peacefully here.

4. More Albanians live outside of Albania than inside

This was one of the most shocking Albania facts to me.  The population of Albania is 2.8 million but because it’s hard to find work and conditions are poor here, there are more Albanians living outside of Albania.  In fact, around 10 million Albanians live abroad. After the fall of communism and the collapse of the economy, it saw the largest emigration movement in Europe since World War 2.  Many Albanians settled in Greece and Italy along with Switzerland, Germany and Turkey.  For many here, the dream is to live outside of Albania and find work with better pay conditions and a chance to further their career or study. 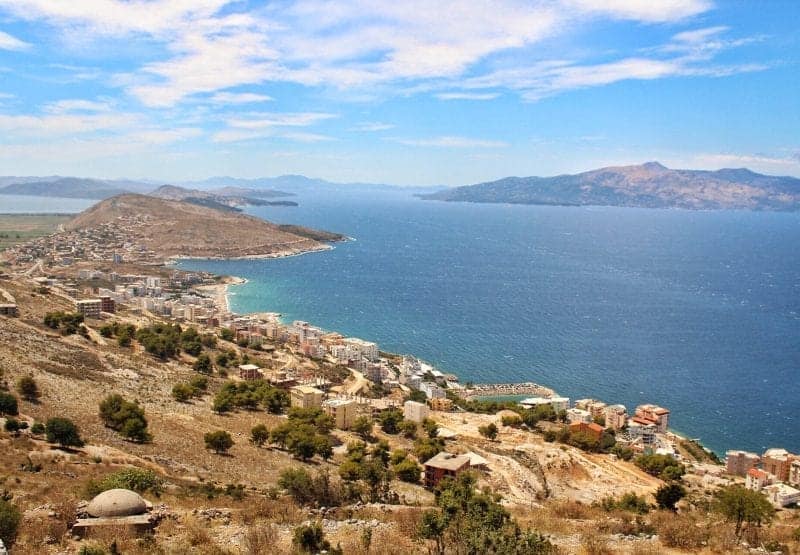 One of the most interesting facts about Albania is the number of bunkers spread around the country!

5. There were over 750,000 bunkers scattered around the country

Among the coolest facts about Albanian history is nEver Hoxha’s weird obsession with bunkers. During the communist era, Enver Hoxha demanded that over 750,000 bunkers be built for an upcoming war.  But in fact, that was all a lie and the bunkers were built for no real reason.  You will find over 160,000 of them scattered throughout Albania still today.  Some have been turned into farming sheds, artists’ studios and even hotels.  The only time they were partially used was during the civil war, which was in 1997.  If you want to impress a history buff friend, this should be one of your go-to Albanian facts.

6. The car of choice is Mercedes

Just about everyone here drives a Mercedes.  The reason?  If you’re looking for really random fun facts about Albanian culture, this is the perfect one to share with friends.  After the mass emigration of Albanians leaving everyone started bringing back Mercedes Benz.  They are reliable cars and perfect for the poor roads that are here in Albania.  Now having a Mercedes is a must-have for many.  Most of them come from Germany and are perfectly legal.  The Albanians have a sort of entrepreneurial sense as every time they would go back home to Albania after working in another country, they would bring a Mercedes to sell.  This is how the whole country is now full of old Mercedes Benz! 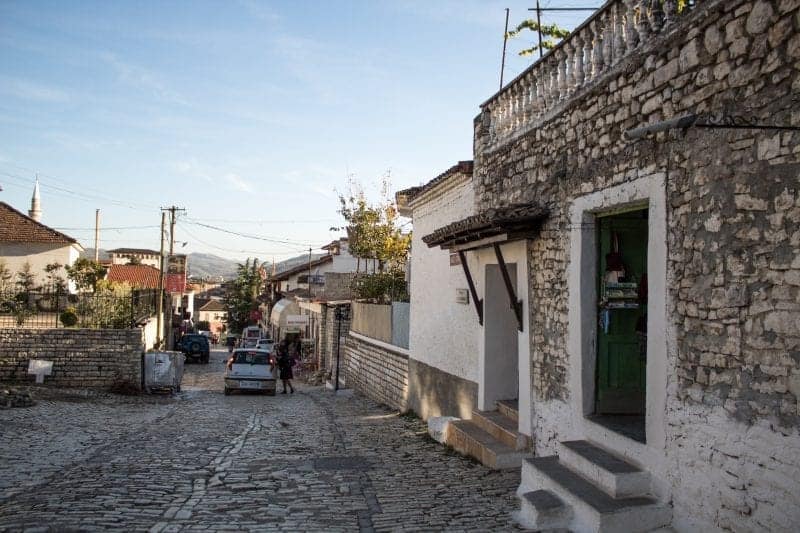 7. There’s no McDonalds in Albania

Don’t expect to find a big mac on your travels to Albania!  That’s right, there is no McDonalds in sight.  McDonald’s haven’t even bothered trying to come to Albania as there would be a huge cultural push back on the idea.  Albanians are more interested in coffee shops coffee shops.  The idea of having a fast-food chain like McDonald’s coming into their country is horrifying to most.

One of Albania’s tradition is called Xhiro.  Early in the evening Albanians will leave their homes and go for a walk down the main road of wherever they live.  This is a good chance to catch up with everyone.  Sometimes the farmers will come and sell their produce or people will start little BBQs on the side of the street.  This is one of my favourite facts about Albanian culture because it’s so unique to them. 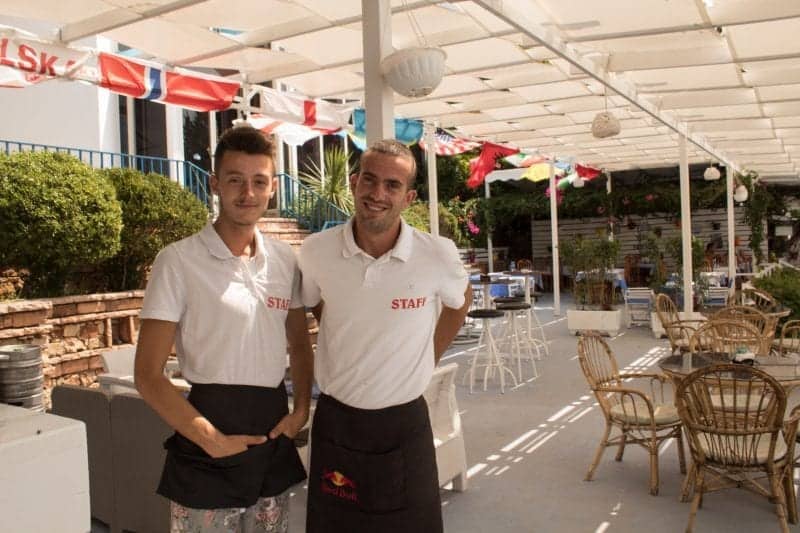 Safety in Albania is a question I get asked again and again but there is nothing to worry about here.  And if anyone is ever worried about you visiting, one of the most important Albania facts to remember is the vode of besa.  The code of Best is a very old cultural practice in Albania, which roughly translates to ‘word of honour’ or  ‘to keep the promise’.  To them, this means that Albanians have a code of honour to look after those who need help.

Like most of the Balkans, they are huge coffee lovers.  You will notice the art of chilling in a café, catching up with friends over an espresso is prominent.  There are an insane amount of coffee shops in Albania.  I even started drinking espressos after I moved here just to fit in and experience true Albanian culture.  This is one of the Albanian facts that you will notice straight away when arriving in the country!

11. 70% of the country is mountainous terrain

12. Their language is unlike no other

Albanian or ‘shqip’ has no close languages at all.  If you look at the etymology behind the language it is an Indo-European language.  There are two dialects, one being Tosk (the southern dialect) and the other Geg (the northern dialect).  It’s a hard language to learn for almost everyone as it has no ‘cousin’ languages.  The words are long and the sounds are difficult for most. 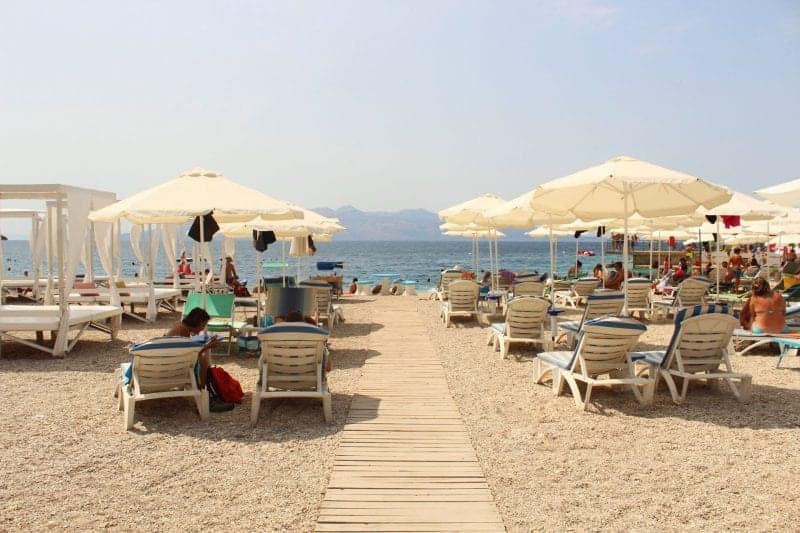 This is one of my favourite facts about Albanian culture and one I was happy to adopt!  During the hottest part of the day 2pm-5/6pm, most shops will close to have a sort of siesta!  This is not so apparent in the likes of Tirana but more so cities like Saranda.  During this time Albanian’s will relax and take some time out to drink coffee or do nothing whatsoever.

Isn’t Albania interesting?  I hope you’ve enjoyed learning these fun facts about Albania as much as I did!  Let me know which Albania facts you thought were the most fascinating below!

Things to do in Berat, Albania (Your Ultimate Guide)

Incredible Things To Do In Zakopane, Poland

Travel to Australia and Work as a Nurse!