25 Weird and Interesting Facts about Japan 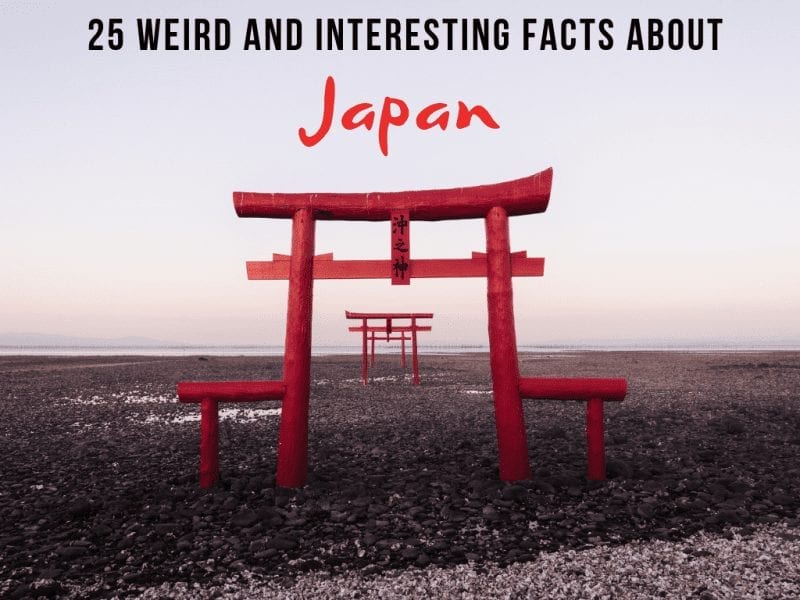 Japan is one of the most interesting and exciting countries that I have ever visited.  If you have never visited Japan before you will be overwhelmed by the friendliness of the people, the bright lights of Tokyo and the uniformity of the country.

There are many interesting facts about Japan which I wish I knew before I came because as I was travelling this beautiful country, I had many questions!

Here are the most interesting facts about Japan! 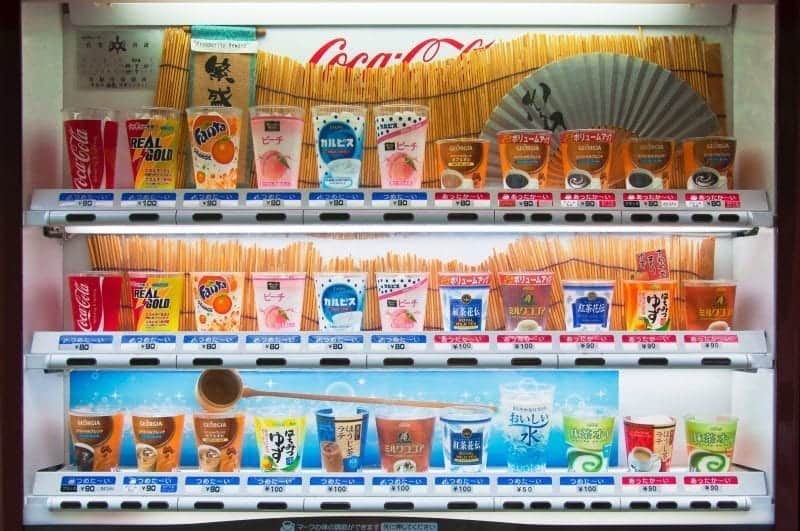 The population of vending machines is one of the most bizarre facts about Japan!

To every person, there are approximately 23 vending machines.  You can buy ANYTHING in a vending machine including, cars, lettuce, underwear, hot ramen and even an egg.

You will find them everywhere I swear!  Vending machines are a huge part of Japanese culture and to me, that is extremely useful!

You never have to talk to another person again, bliss for an introvert like me! The vending machine ratio is one of the many weird facts about Japan. 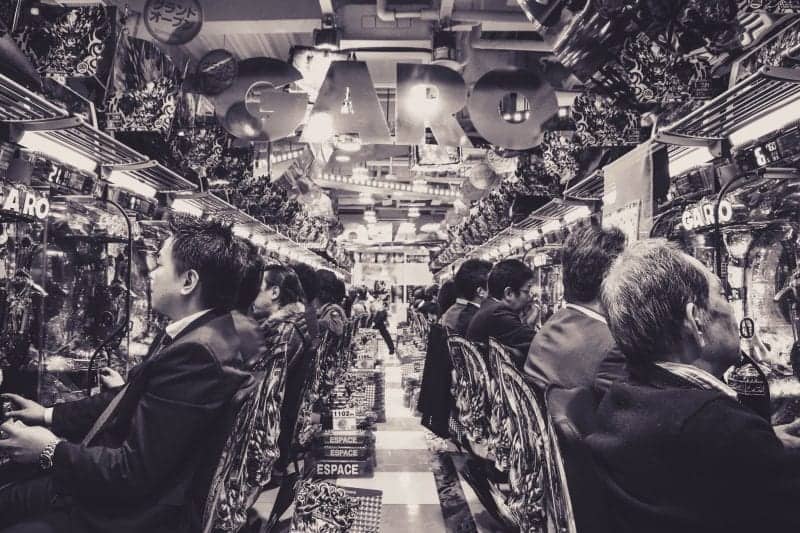 In Japan, you won’t find gambling stations BUT somehow there a game that doesn’t come under the gambling umbrella.

Pachinko is a popular game for the Japanese and disguised so it’s not officially gambling.  You purchase tiny metal balls which are then slotted into the machine.  Balls that win are then exchanged for prizes or tokens which can then be exchanged for money.

What I found fascinating is the noise of these parlours!  I have been to Las Vegas and although you’re constantly hearing the noise of the machines it is nothing that distracting.  When I walked into a Pachinko parlour my ears hurt it was so loud!

If you visit Japan, make sure you pop into a parlour to experience this interesting craze. 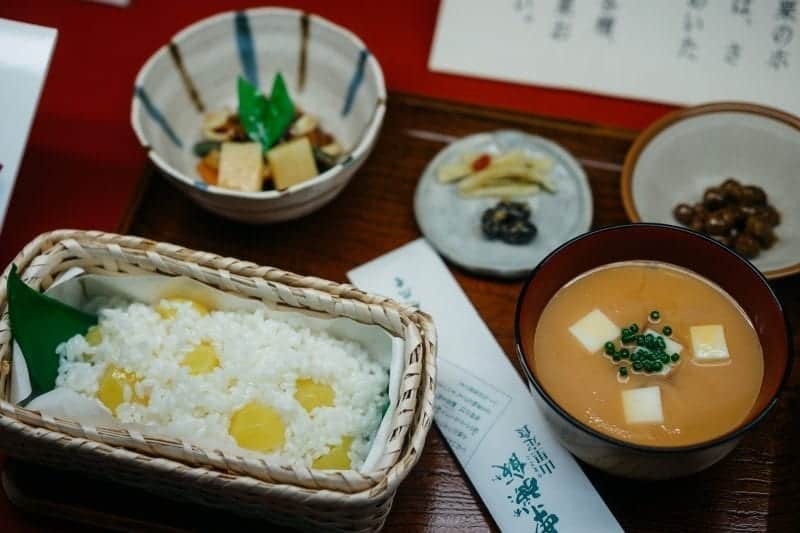 Outside of most restaurants, you will find fake replicas of the food that the restaurant serves!  You may also find ones that move!  Yes, animated food – only in Japan.

There is a street which is unofficially known as kitchen street, but the formal name is Kappabashi Street.  It’s located between Asakusa and Ueno.  This is where restaurants purchase their kitchenware and fake food!

This was my favourite place in Tokyo.  Maybe that’s strange, but it was so cool!  It’s a street lined with shops selling beautiful Japanese kitchenware, from hand-painted bowls to every kitchen gadget you could think of, it’s a kitchen-lovers dream!

This one of the many bizarre facts about Japan, one but it makes Japan unique! 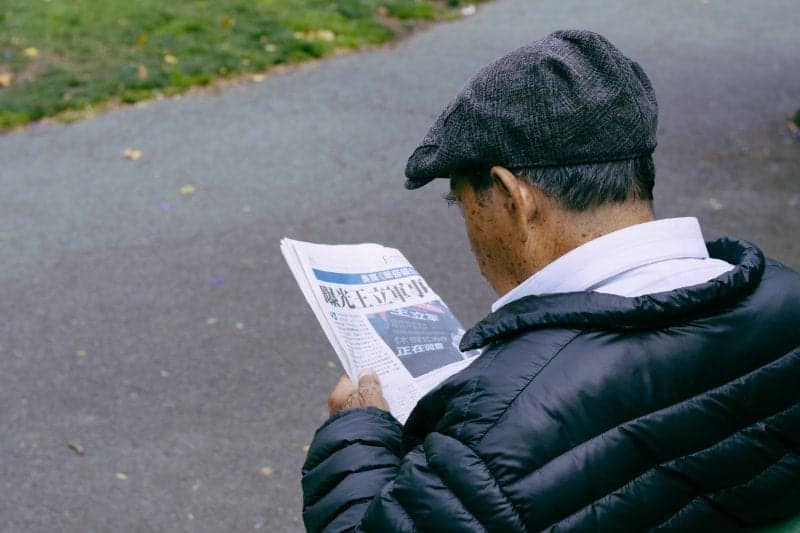 4. Japan has the third-highest life expectancy

Japanese have the highest life expectancy in the world due to their diet and lifestyle.  They are very healthy people and exercise regularly.

On average men will live until their 81 years old and women 87 years old.  This is causing a crisis in Japan because there’s a lack of childbirth also.  Now there are more seniors than children and this is causing a problem for the Japanese economy.

Apparently, Japan sells more adult diapers than children’s – how fascinating and problematic at the same time! 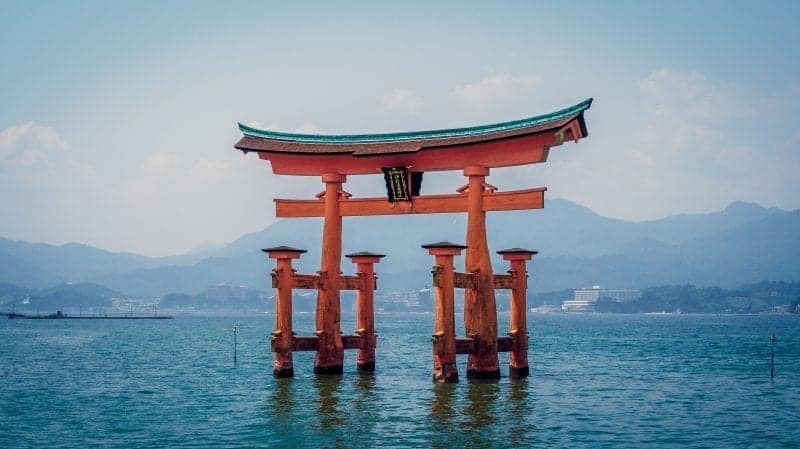 This fact totally came to my surprise as many people just think of Japan as one island but actually, there’s 6800 of them!

One of the most beautiful islands that mirror paradise is called Okinawa.  On this island are the two oldest people in the world (116 & 117 years old)! 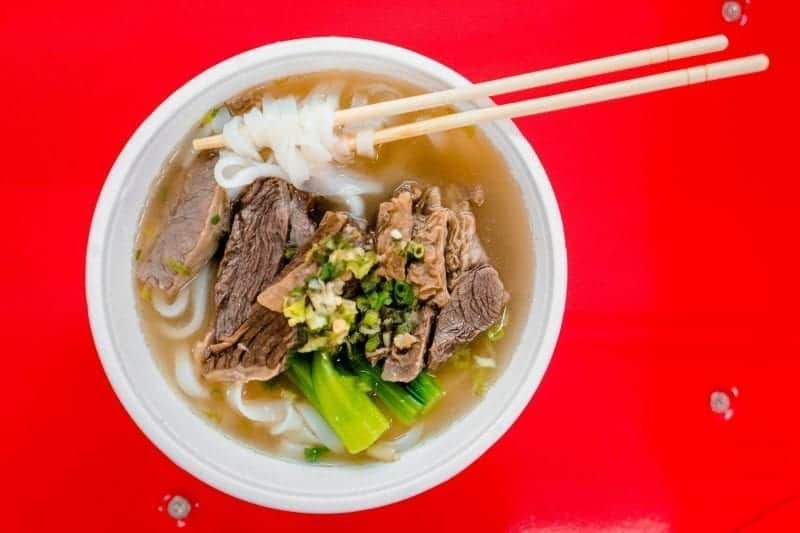 6. Slurping your noodles is not rude

Gone are the days where you must stay quiet and slurp your noodles!  If you’re in Japan, then it’s not considered rude to make as much noise while eating your noodles!

It’s considered polite to make slurping noises and means that you’re enjoying the food and you appreciate it. 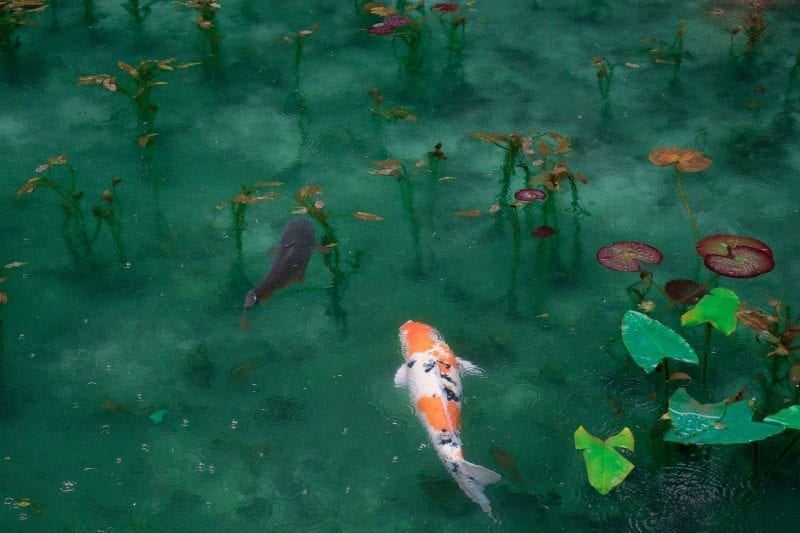 7. Japan eat the most seafood in the world

The Japanese eat over 17 million tonnes of fish per year.  The Japanese are the largest importer of seafood.

You will seafood as a staple food for the Japanese and included in most meals.  Over 20% of their protein is from seafood!

8. You’re allowed to take naps on the job

Yes, that right!  In fact, naps are encouraged on the job because this improves workflow and speed.

It’s also considered a sign that you are dedicated to your job and have worked hard and long for your job!

9. They eat KFC for Christmas dinner

Apparently, over 3.6 million people in Japan celebrate their Christmas with a KFC dinner.

So how did this come about in the first place? Well, it was just a good marketing campaign when the first store opened in 1970.  KFC started a ‘Party Barrell’ based on an American Christmas dinner but with chicken of course instead of turkey.  Somehow it caught on and the rest is history.

Christmas is not considered a big event as less than 2% of Japan is Christian. 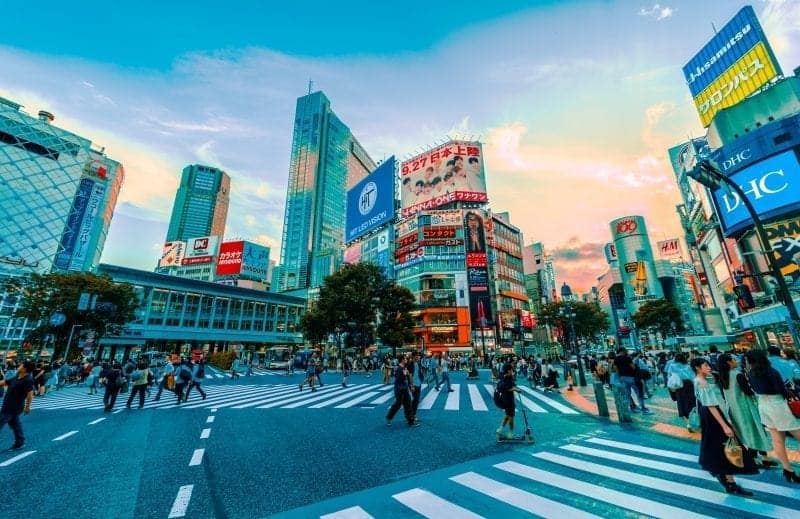 10. Tokyo is the most densely populated city

Around 38 million of Japans population live just in Tokyo.  Japan has a population of 127 million, so that’s a lot of people in a small space!

You can see how busy Tokyo is during rush-hour easily by trying to hop on a train within the city or walking the busiest crossing in the world – Shibuya.

11. One of the safest countries in the world

Japan’s crime rate is so low is basically non-existent.  The Japanese are very honest people, reliable and law-abiding.

The Japanese law is strict, so people tend to not go off the rails and on the wrong side of the law. 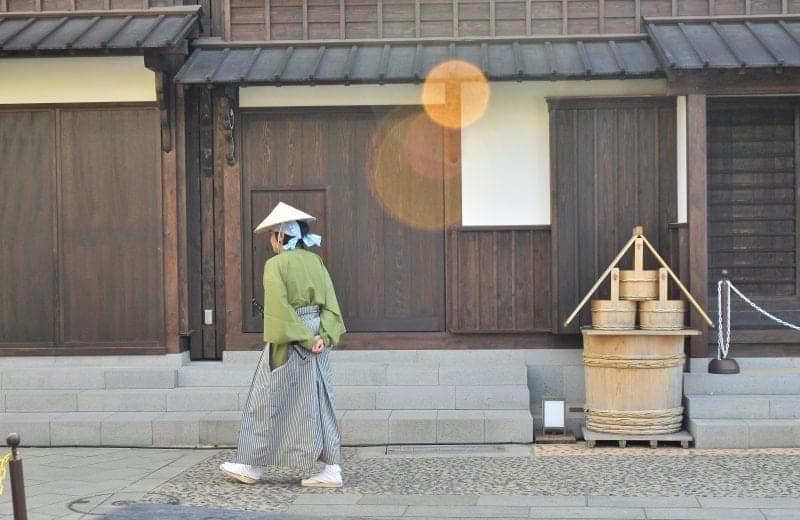 12. Don’t wear your shoes inside

Before entering a house, you will be asked to take off your shoes.  You will be given a pair of slippers usually.  It’s considered rude to wear your shoes inside.

This Japanese custom was mainly a thing because back in the days the Japanese used to eat off the floor and obviously didn’t want dirty shoes ruining where they were about to eat. Make sure you don’t forget these facts about Japan, they are important!

13. They have a high suicide rate

Unfortunately, Japan has one of the highest suicide rates in the world.  Last year Japan youth suicide’s hit a record high in 30 years. This is by far the most unfortunate facts about Japan.

The suicide forest is the second most popular place to commit suicide after San Francisco golden gate bridge.  The forest is located at the base of Mt Fuji and is said to where most people enter and never come back.

The rate of suicide is due to not enough access to therapists as well as work pressures.  Japan has announced that they are working on better programs, especially in schools to help cut the rate of suicide.

14. The toilets sing for you

This is probably the weirdest thing about Japan, the toilets!  They do just about anything, even sing.

You can also press a button and the seat will warm up, so your bottom doesn’t get cold!  Although I mostly found this function a bit strange and not very nice at all.

15. Square melons are a thing

There is such a thing as square watermelons! Apparently, they are grown like this for decoration and cost as much as $100! 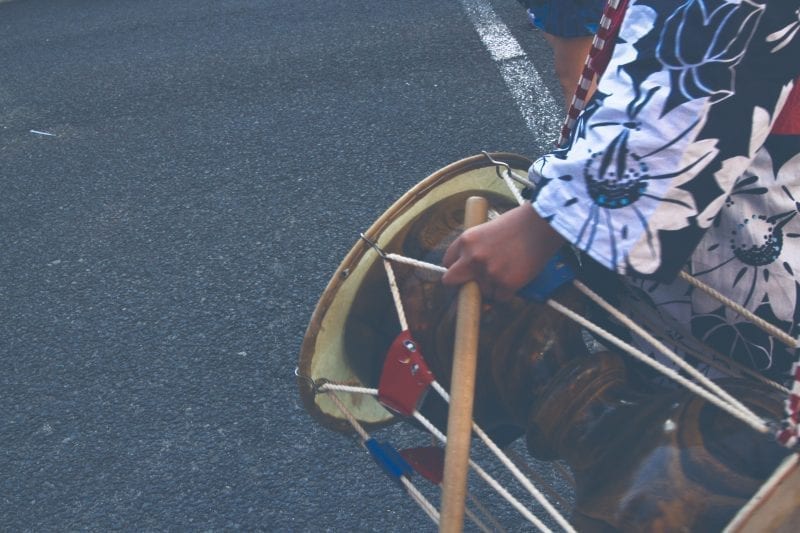 16. They have a penis festival

The Kanamara Matsuri festival is held every year.  It started in 1969 just outside of Tokyo and celebrates the penis and female fertility!

You will notice on your trip to Japan that eating various types of meat raw is totally the norm.  Raw fish is commonly found in sushi. Homemade sushi tastes best and you’re lucky if you can find a guesthouse with a welcoming host to serve you local food.

One of the delicacies in Japan is raw horsemeat.  It’s called Bashari and is thinly sliced and eaten raw.

It is common in Japanese culture to totally avoid the number four because the word sounds the same as the word death.  Buildings will commonly not have the 4th floor, cutlery is sold in sets of 3 or 4 and the number of guests invited to a tea ceremony will never be 4! 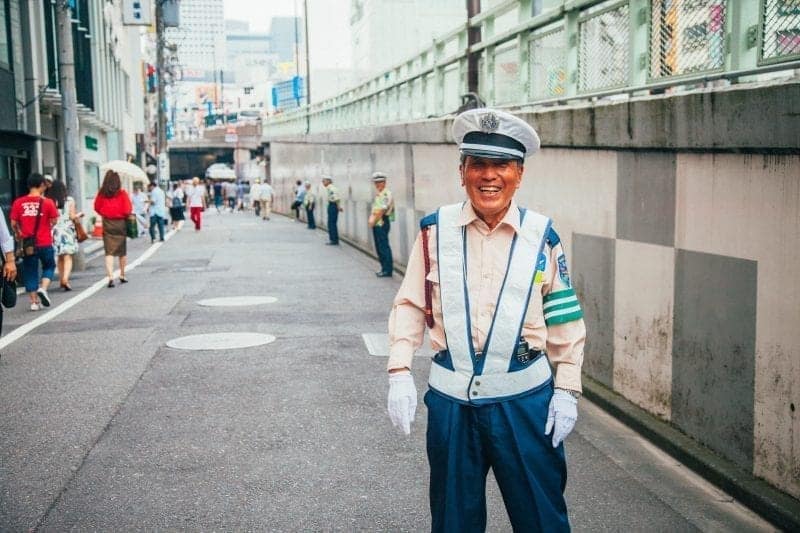 19. The Japanese are some of the friendliest people

This is a cold hard fact!  The Japanese are awesome, to say the least.  They are incredibly friendly, gentle and conscious people.

During my time in Japan, I was blown away by the friendliness of the people.

20. Fruit is the best gift you can give

If you don’t know what to get your host, then gift them fruit.  You will notice the price of fruit is astronomically high.

There’s a fruit gifting shop in Tokyo and fruit can be as expensive as $27,000! 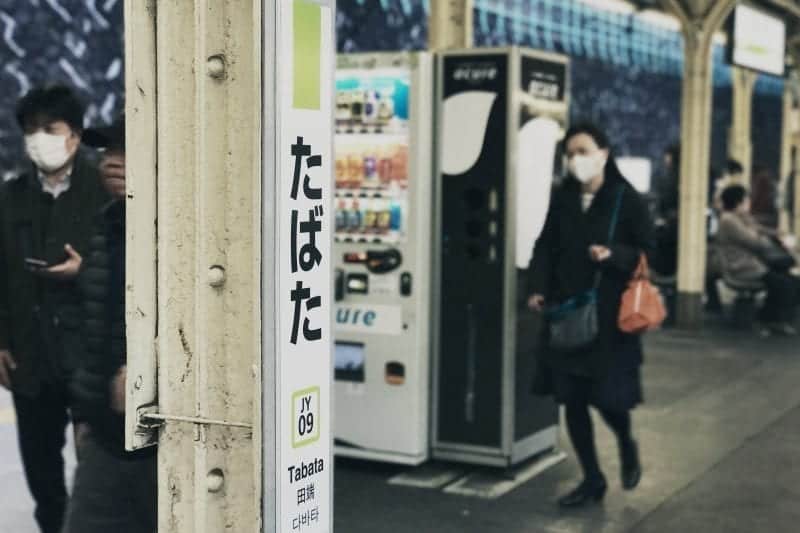 21. The face mask is used by the sick

When I first visited Japan, I thought the face mask was worn because people don’t want to get sick and wanted to avoid other people’s germs.  But, it’s actually the other way around.

If you are sick you wear the face mask, so you don’t get others sick.  Again, this shows how nice the Japanese are!  Always thinking of others!

Yes, you read that right.  There are businesses where you can go in and pay for a cuddle.  Turns out people are lonely and just want a good old-fashioned hug sometimes.

In Japan, there are maid cafes where the staff dress up in maid costumes and treat you as their master.  Now, you may be thinking that it sounds sexual, well it’s not meant to be that way at all.  It’s just a café where the staff are dressed in cosplay.

The cafe is strange, fun but maybe a little cringy all at the same time. It’s just basically a café where everyone dresses up!

Tokyo lies on an active area where earthquakes are extremely common, and they have over 1500 of them a year. But really this is nothing for me because New Zealand has over 15,000 per year.

Cleaning is taught in school and is a serious part of Japanese culture.  Students and children clean their own school!

I have to say on my travels to Japan I thought it was one of the top 3 cleanest countries I have been to.  There is even neighbourhood (volunteer but mostly compulsory) clean-ups.  People are always expected to keep their private houses and their workplace clean!

There’s your big list of interesting facts about Japan.

Tell me below which one you find the most interesting! 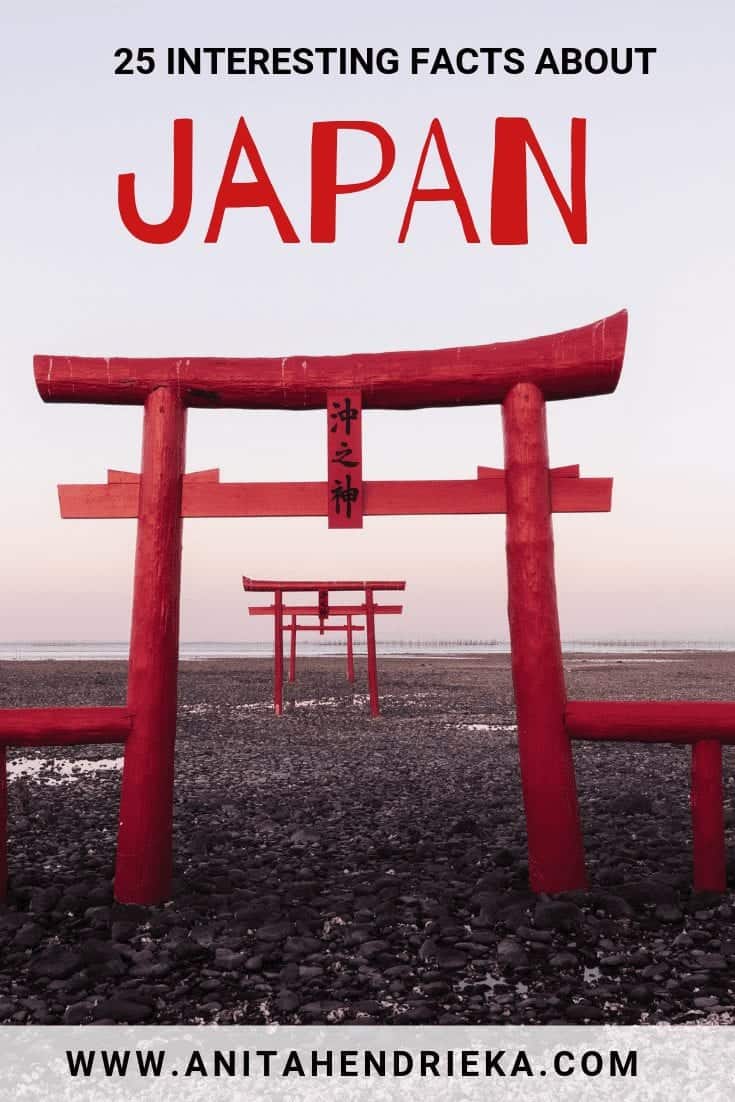 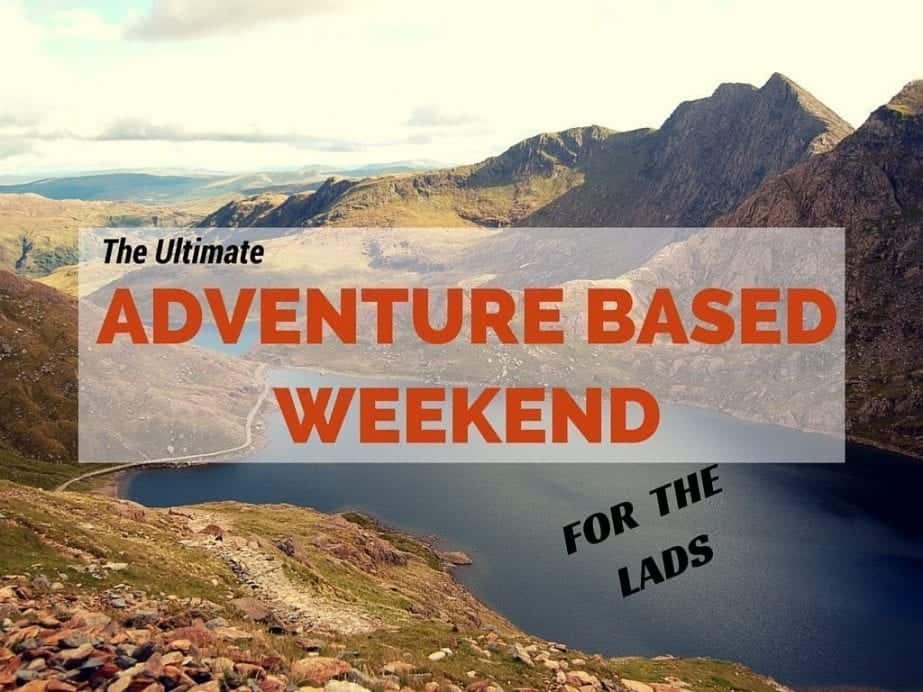 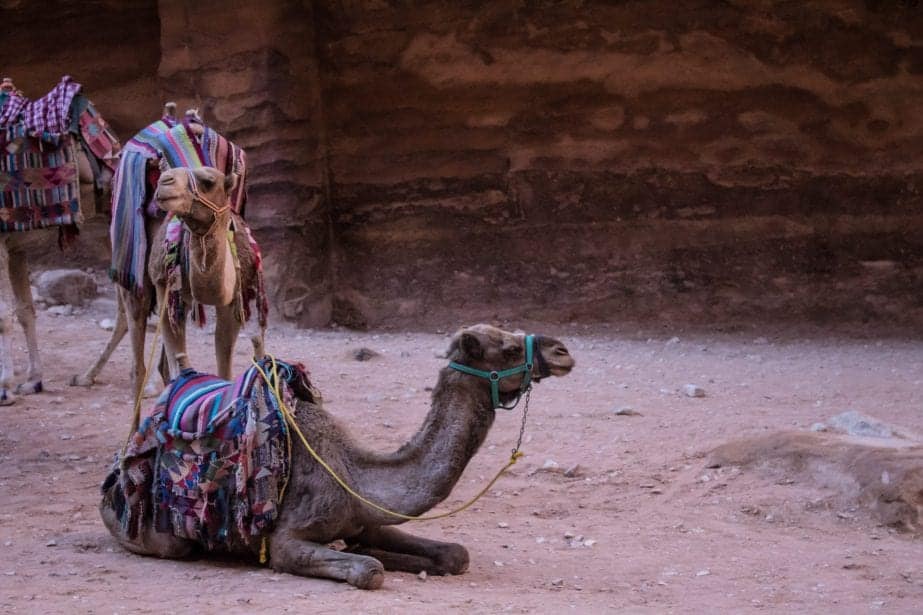 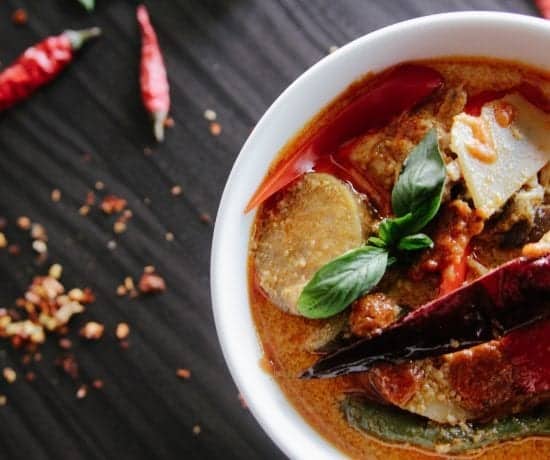