Vegan Travel: Tips on How to Travel as a Vegan 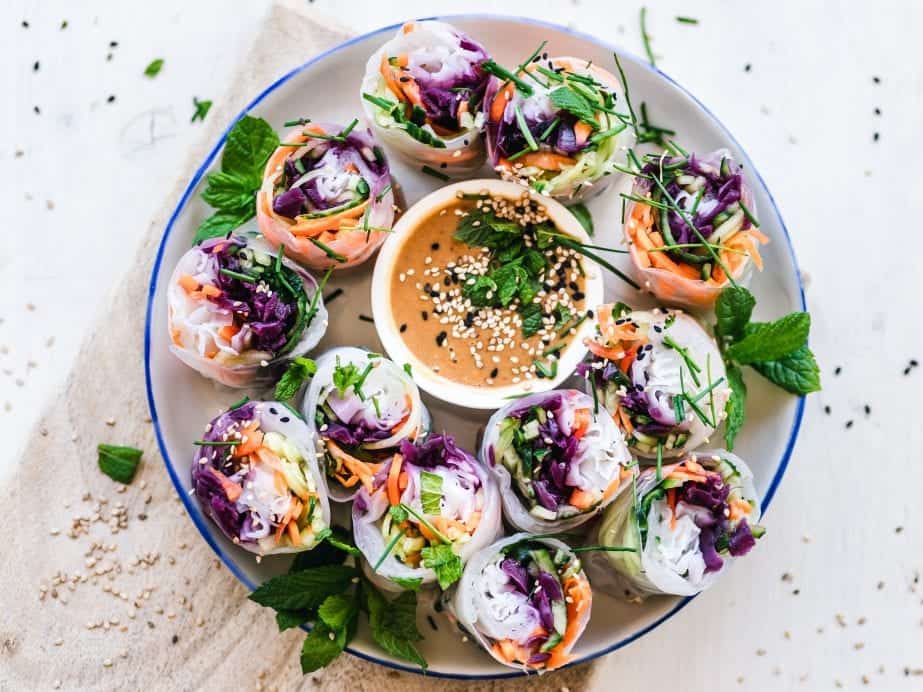 When I was in Jaipur, India I met this awesome chick called Trudi in my hostel, who runs the blog A Lazy Girl Goes Green.  As we got to know each other she told me that she was travelling while being a vegan so, I thought of a bunch of questions to ask her some questions about vegan travel that I thought might be useful to you other travellers with similar dietary requirements!

Though I’ve been vegan for long enough now to get a thicker skin when it comes to other people’s opinions, sometimes I can’t help but get frustrated by other travellers attitudes to veganism!  I’ve never been a vegan who thinks the whole world should live the same way as me, but I believe we should be all respectful of each other’s choices.  Sometimes it can be annoying feeling like the awkward one because you don’t want to go to the lassi shop (again!!) or when others are talking about their love of meat or cheese with no sense that you’re actively against that kind of thing.  I think it’s more ignorance and a lack of understanding but it’s frustrating being the only vegan! 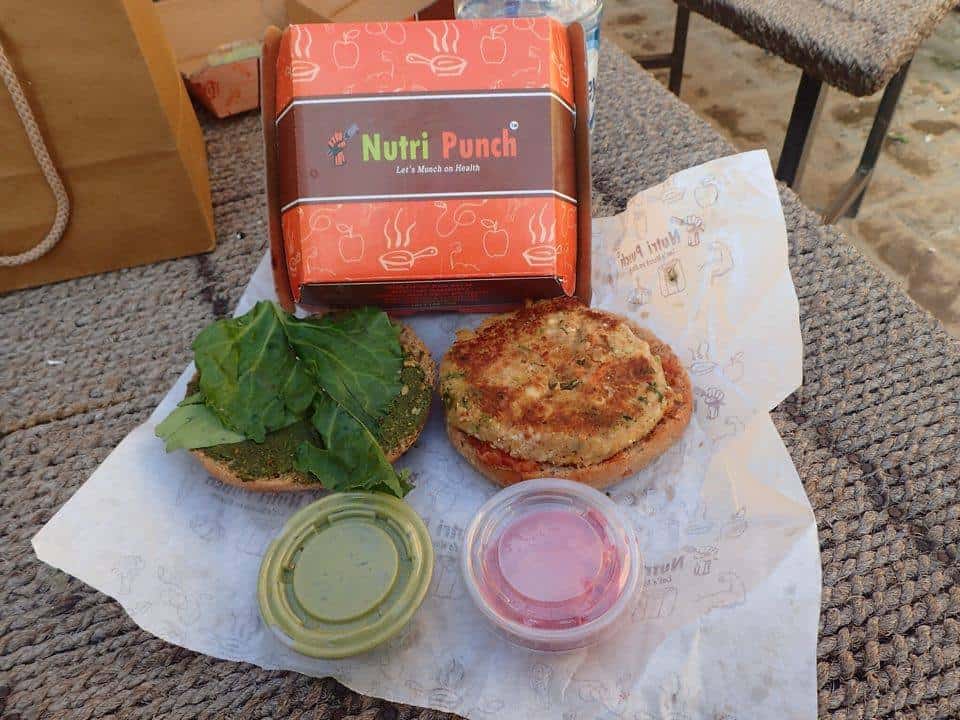 I can imagine sometimes it’s near impossible travelling to foreign countries and not knowing what’s in your food. Are you very strict with your diet or sometimes do you have to bite the bullet and just eat whatever is put in front of you?

I had to make a deal with myself before I came away that I would try to be vegan as much as I could, but I wouldn’t beat myself up if sometimes that wasn’t possible.  I’m a massive foodie at heart and truly believe you can learn so much about a culture through its food.  There have been times I’ve had a curry with some ghee in, or a milky masala chai on a depressingly long train journey in India when I was desperate for a cuppa!  But it’s all in moderation and I still prefer it when I can revert back to my vegan ways! 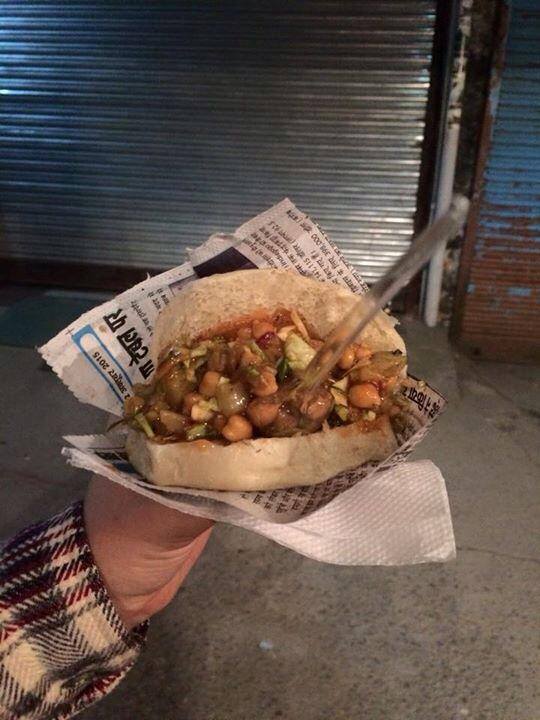 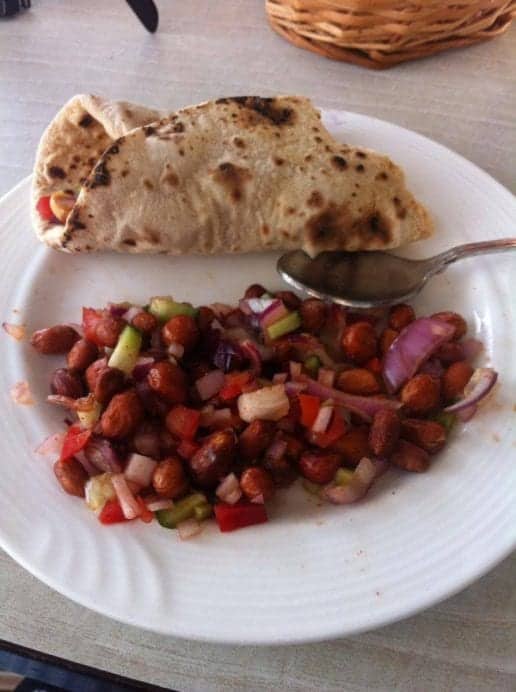 As I’ve mostly been travelling around Asia I’ve found it relatively easy to be vegan most of the time.

Nepal I’ve found a little tricky as a large majority of veggie dishes are a) centred on cheese or b) bland vegetables.

India was much easier than I thought as there’s so much vegetarian food and I found some really great vegan eateries in the bigger cities.  Overall it boils down to the one thing only I can control: self-discipline!!

What’re the most mouth-watering foods you have had while on the road?

I completely pigged out when I discovered an awesome organic vegan cafe in Udaipur called Millets of Mewar.  Vegan peanut butter and date “milk” Shake, banana and syrup pancake and millet muesli with pomegranate and apple were to die for.  Such a simple (yet huge) brekkie but it was a welcome break to the million curries I had eaten in India!

Did you find a vegan lassi in India?!

No! I looked so hard without any avail!  I was actually surprised that there weren’t coconut milk-based ones considering the glut of coconuts in India.  A gap in the market maybe??! 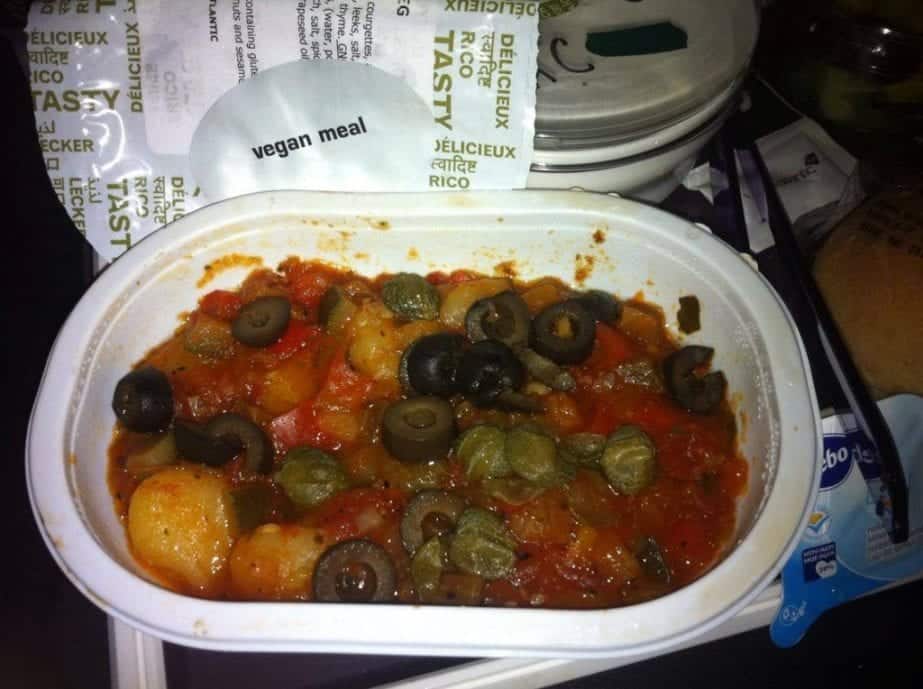 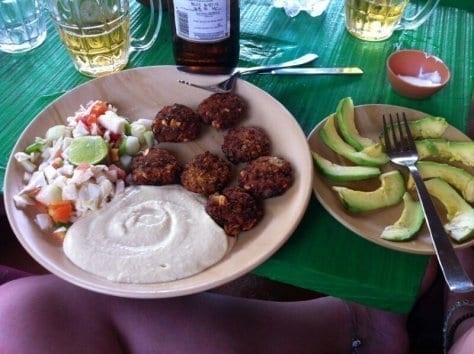 As more and more people educate themselves with the advantages of a lifestyle of veganism, and the disgusting truth of the dairy industry slowly coming out, how has the last couple of years changed for you?

On a real base level, I’m happier, healthier and more energised since I’ve been vegan.  I get sick less and feel lighter as a result.  But more importantly, you can’t beat living a lifestyle that reflects your personal ethics and beliefs.  There’s something positive (and yes, maybe a little smug too..) about knowing you live by your own standards and are making an impact, no matter how small, on the world.

Is it becoming easier or are people becoming more negative and unwilling to believe the truth?

It completely depends on how open people are and how passionate I’m feeling that day!!  I had to reign myself in a little after becoming a little too animated on people when the subject of veganism was broached!   Now I answer questions if asked, or drop nuggets of info where relevant, but generally, prefer to let people discover the truth organically.

To be honest most people are really open and just as appalled as I was when they learn more about the animal product industry.  My closest friends, in particular, have even adopted “vegan days” or call me proudly when they’ve cooked a vegan meal.  It’s not a revolution but little changes make a huge difference! 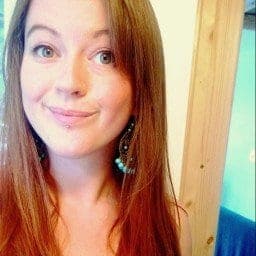 A big thank you to Trudi for answering my questions!  Make sure you check out her blog here.  She also wrote a great post on How to survive as a Vegan in India.

One of the best diving spots in the world – Bunaken Island

Travel Guide: Things to do in San Juan Islands