Hungary Attractions: Things to do in Hungary

One of the prettiest countries in Europe is Hungary. With an estimated population of about 10 million, tourism is a big portion of its economy. Budapest is the capital and largest city located along the Danube River. It’s often called the “Paris of the East.” It’s also where most tourists come to visit. Some of the most popular Hungary attractions include: Castle Hill, Museum of Fine Arts, Margaret Island, St. Stephen’s Basilica, Lake Balaton, Nagyerdei Park, Bükk National Park, and the Szeged’s zoo.

Here are the best things to do in Hungary! 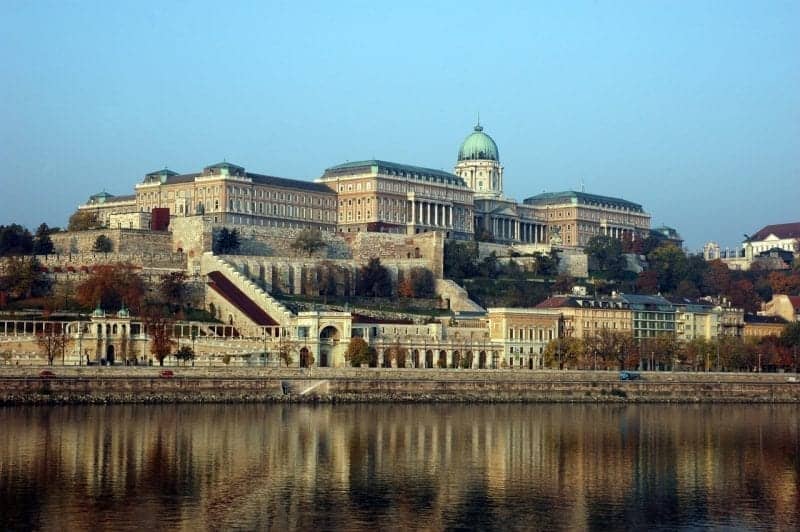 Castle Hill, located on the Danube River, is a World Heritage Site and can be seen from any point in Budapest. Enjoy walking up to this amazing place along cobblestone streets as this is not only home to Buda Castle, but is a residential area, and where you’ll find museums and medieval monuments. Buda Castle dates back to the 18th century with a minimum of 200 rooms. The Hungarian National Gallery is located in the Main Wing, and in the South Wing is where the Budapest History Museum is located.

Also in Castle Hill is the famous Fisherman’s Bastion which also looks out over the Danube. It was built to protect the fishermen’s guild in the Middle Ages. In its courtyard is a statue of St. Stephen, Hungary’s first king. You’ll see the magnificent seven turrets that represent the Hungarian tribes that came in 896 from the Carpathian Basin.

Established in 1870, it is Budapest’s most significant art gallery as it includes one of the largest collections in Europe by the Old Masters. It has impressive works from Dutch, Spanish, and Italians throughout its six sections: the Modern Collection, the Old Painter Gallery, Egyptian Art, the Graphics Collection, the Old Sculpture Gallery, and Ancient Art. Adjacent to the Museum of Fine Arts is the Palace of Art.

This eye-shaped island is in the center of the Danube and is Budapest’s recreational mecca. Tourists come to visit the Rose Garden, the Union Monument, the Music Fountain, and the Palatinus Baths and Water Park. Once it’s dark, you’ll see 100 trees, approximately 140 years old lit up in different ways. The multimedia music fountain is also a favorite as it entertains everyone with its 154 nozzles and 227 lamps with its colorful lights and laser screening. The water park is Budapest’s largest open-air complex for swimming.

Visitors come to visit this cathedral for its striking architecture, amazing views from its cupola, and inspirational history. It was heavily damaged in World War II, but its valuable mosaics were successfully restored. The most valuable holy relic is displayed in the chapel and one of the best things to do in Hungary!

Lake Balaton is the largest lake in Central Europe. It’s 50 miles long and about 50 miles southwest of Budapest. Visitors and locals come to the lake to relax in the more than 1,000 springs for their medicinal capacities, with Héviz Spa being one of the more popular spas. With its shallow waters and abundance of algae, the lake is a milky greenish color. The Blue Ribbon sailing competition also takes place here. For those who enjoy biking, a cycle track goes around the entire like.

Travelling through Hungary, visit Debrecan, the second largest city known as the Calvinist Rome. The park is mostly known for its Aquaticum water park complex with water slides and majestic waterfalls. Summer months can get a little warm, so this is a great place to cool off. Vidámpark Amusement Park is also here, along with a zoo, ice-skating rink, and the DVSC Stadium.

It’s the country’s largest national park located in the northern part near the town of Miskolc. You’ll find mountains made from limestone and caves, where prehistoric people used to live. The largest cave, Istvánlápa, is found here, along with ravines, forests, fields of beautiful lavender flowers, colourful butterflies, and birds.

One of the best reasons to visit the town of Szeged is the zoo. It’s actually the largest zoo in the country and the main attraction is the white lion. It has a wide variety of animals, so wear comfortable walking shoes! 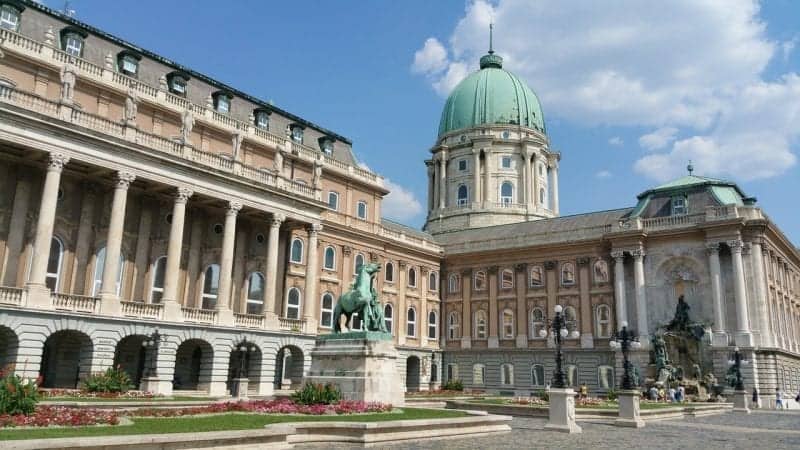 Castles to Visit in Hungary

This is Europe’s second largest Baroque castle, just north of Budapest. It began as the Grassalkovich counts estate and later became the Habsburg kings castle. With its rich history, you’ll admire the stunning architecture and beautiful grounds. There is also a riding school at the Royal Stables. Traditional pastries are found in the snack shop.

This is located in the spa town of Eger near the southern part of the Bükk Mountains and was part of Hungary’s defence from the north. Tourists love exploring the ruins of this great structure, as well as the great towers looming over the town.

The Palace sits above the town of Visegrád, along one of the bends on the Danube River. It was built around 1316 and had a reputation of being one of Europe’s finest palaces. The views are spectacular, and even though much of it is in ruins, it’s still worth the visit.

This castle was built in the 12th century but was destroyed from the Mongol Invasion. At one time, it was a betrothal gift to future queens. King Louie the Great transformed it into a Gothic royal castle. It was rebuilt in 2014 with the rooms now decorated with Mediaeval-style furniture. It is a distinct historic monument near the Bükk Mountains.

Hungary is filled with beauty and history. It’s no wonder tourism is one of its largest industries. People visit from all parts of the world for the scenery, food, and culture.  Tell us below if you have any other things to do in Hungary that you recommend!

Author: Ella, Content Manager for trekbible, is a writer and content specialist with a predilection for learning and exploring new places and cultures around the world. With family scattered throughout the U.S. and South Korea, she loves to see cross-cultural influences around the world. Her favorite thing to do on her travels is to taste the local cuisine of each destination. 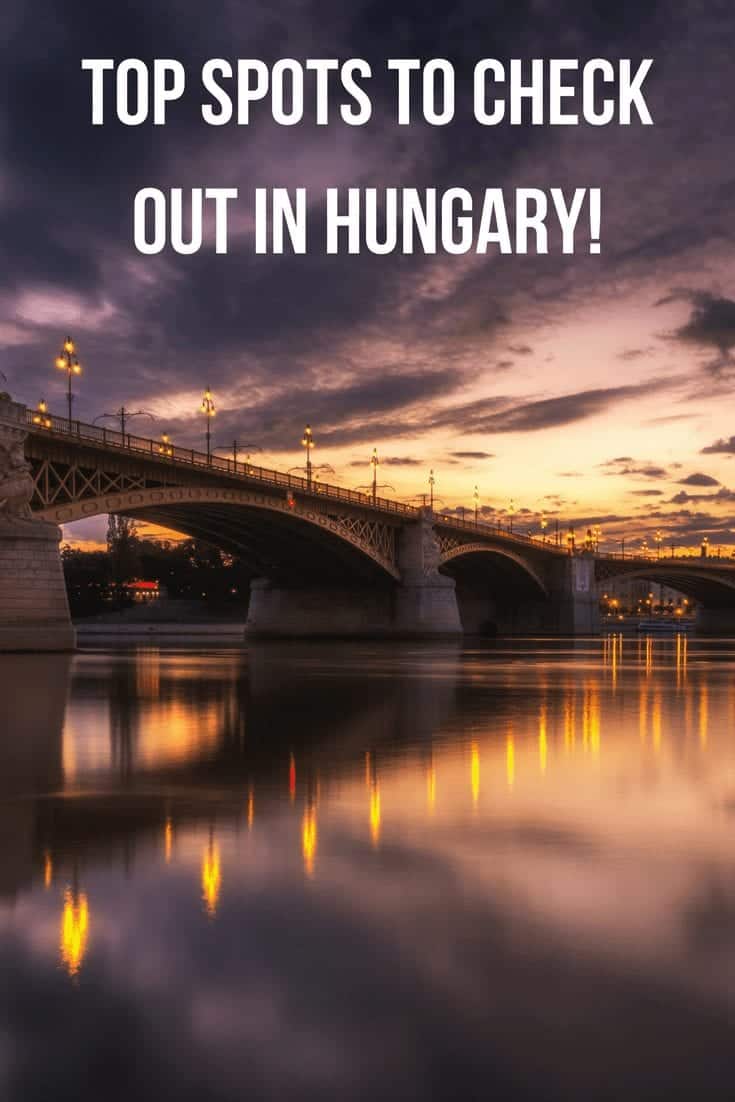 5 Incredible Places to Visit in Serbia

12 Hotels in Berat You Have to Check Out

The Most Interesting Places to Include on Your Europe Bucket List

Expert Tips on Enjoying the Best of Santorini, Greece