A Locals Guide to Hangzhou, China: The Best Things To do 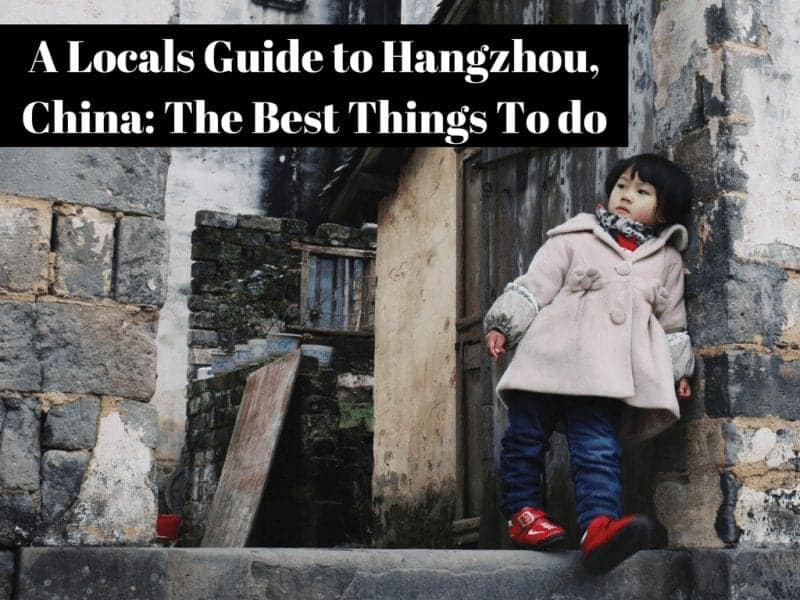 Hangzhou, the city of Gods, is the provincial capital of Zhejiang region in Eastern China, only 50 minutes by train from Shanghai, it’s one of the most beautiful cities in China, and I’ll dare say, in the whole world.

Although only recently touched by the Chinese economic boom, going from 1 million inhabitants in the year 2000 to the actual 8 million, Hangzhou has been one of the most important Chinese cities since a very long time.

Hangzhou grew to prominence as the southern terminus of the Grand Canal, the majestic waterway connecting this city with Beijing and has been one of the most renowned and prosperous cities in China for much of the last millennium. The Gran Canal, completed in the early VII century and running for 1,776 km (1,104 mi) is still one of the most beautiful attractions to visit in Hangzhou.

Hangzhou is famous all over the world for its silk and for the Longjing tea, among the most expensive teas in the whole world. Hangzhou is worth spending at least a couple of night, while you could spend a week or more exploring the many things to see in the Zhejiang Region.

What to see in Hangzhou

West Lake is the very center of Hangzhou and its most iconic sight. It has been declared a UNESCO World Heritage Site in 2011, having influenced garden design in the rest of China as well as Japan and Korea over the centuries. West Lake (Xi Hu in Chinese) is one of the highest examples of landscaping in the world, being partially manmade across centuries by the best architects in China.

You can enjoy different kinds of boat rides on the lake, from simple long boats to big restaurant boats.

The Grand Canal is one of the most impressive infrastructures ever built, going from Beijing to the Qiantang River in Hangzhou.

The section of the canal near Wulin Square has been preserved and restored, it’s a great place to visit to dive into a traditional Chinese atmosphere. The area is full of restaurants where to taste delicious Chinese food. 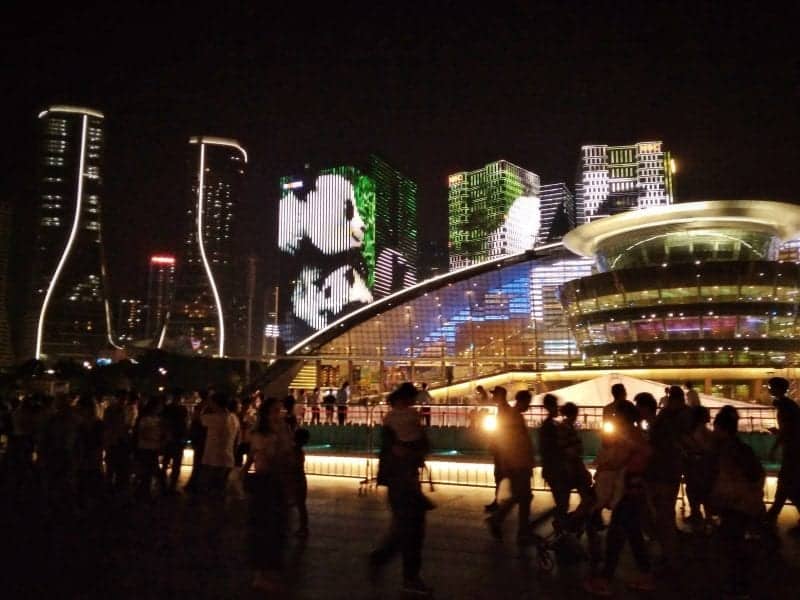 Something completely different, the Citizen Center, along the big Qiantang River, is the hi-tech area of Hangzhou. It features one of the most impressive skylines in the world, that turns into a jaw-dropping led show every night, with crazy graphics moving from building to the building following the rhythm of the music.

In the area, there’s also an indoor shopping center with hundreds of restaurants and shops.

A Buddhist temple of the Chan sect located in the north-west part of Hangzhou. It is one of the largest and wealthiest Buddhist temples in China and contains numerous pagodas and Buddhist grottoes.

The main attractions are the beautiful rock carvings, with the world-famous Fat Laughing Buddha being no-doubt the star.

From the temple, a path of more than 600 steps leads to the top of the mountain, where there are a smaller and more modern temple and a spectacular view of the city. 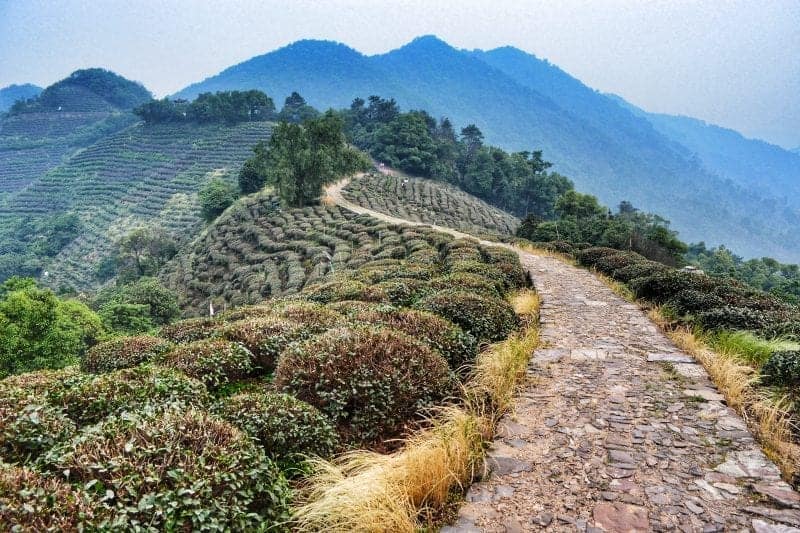 When I mentioned Hangzhou as one of the most beautiful cities in the world, this place was what I really had in mind to justify that claim.

Where else in the world you can hike to mountains straight from the city center and find yourself in a fairytale scenario whilst still being in the very middle of the city?

These hills are indeed completely surrounded by the huge Hangzhou concrete jungle, but are themselves still pristine like if they are in the remote countryside! You won’t see the city from here, having the impression of being teleported somewhere else. It’s here that the Longjing tea is cultivated, on spectacular terraces going as far as the eye can see. 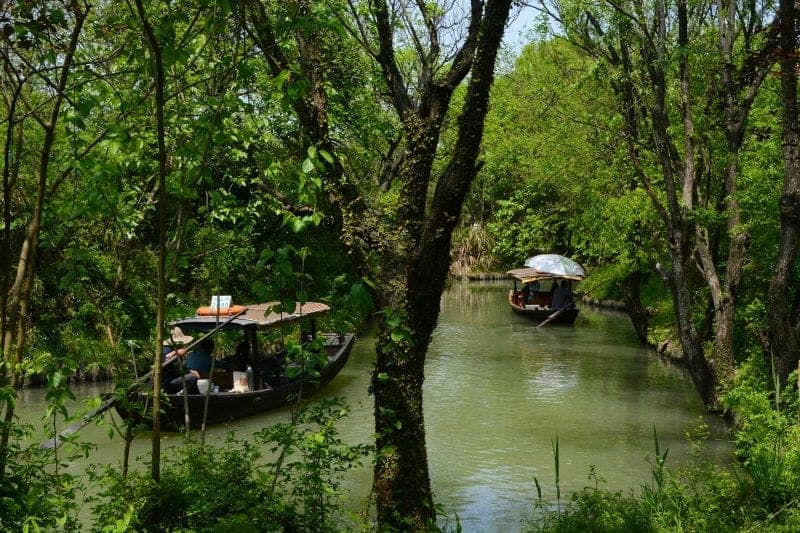 Xixi National Wetland Park is a huge wetland park in Hangzhou, spanning more than 8km from East to West and about 4km from north to South it’s as big as a medium-sized city.

The park is densely crisscrossed with six main watercourses, among which are scattered various ponds, lakes, and swamps. It’s possible to take boat trips or simply hike the dozens of different paths.

XiXi Wetland has a history of more than 1,800 years and a huge cultural heritage. It’s the original site of Chinese South Opera and it hosts the traditional dragon boat race in June. There are many restored water village, featuring silkworm feeding and silk production, and a few noble villas.

The main road crossing the park from North to South is accessible without paying the entrance fee, many good restaurants can be found here. 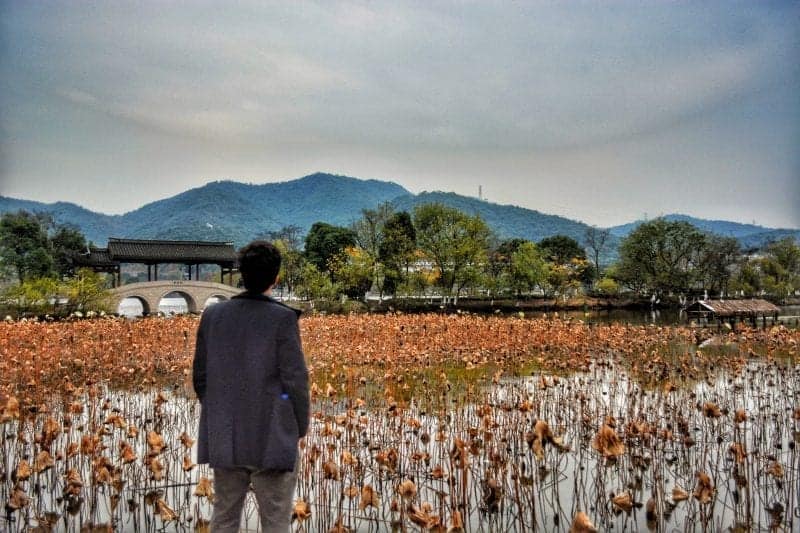 Yes, another lake! Situated near the last stop of line 1 of Hangzhou Subway, Xianghu is possibly even more gorgeous than West Lake, and for sure less crowded.

There are kilometers of paths around this beautiful lake, which is the best place to see the lotus flowers blossoming in late June early July. If you happen to visit in winter, the dead lotuses make for an equally fascinating sight. 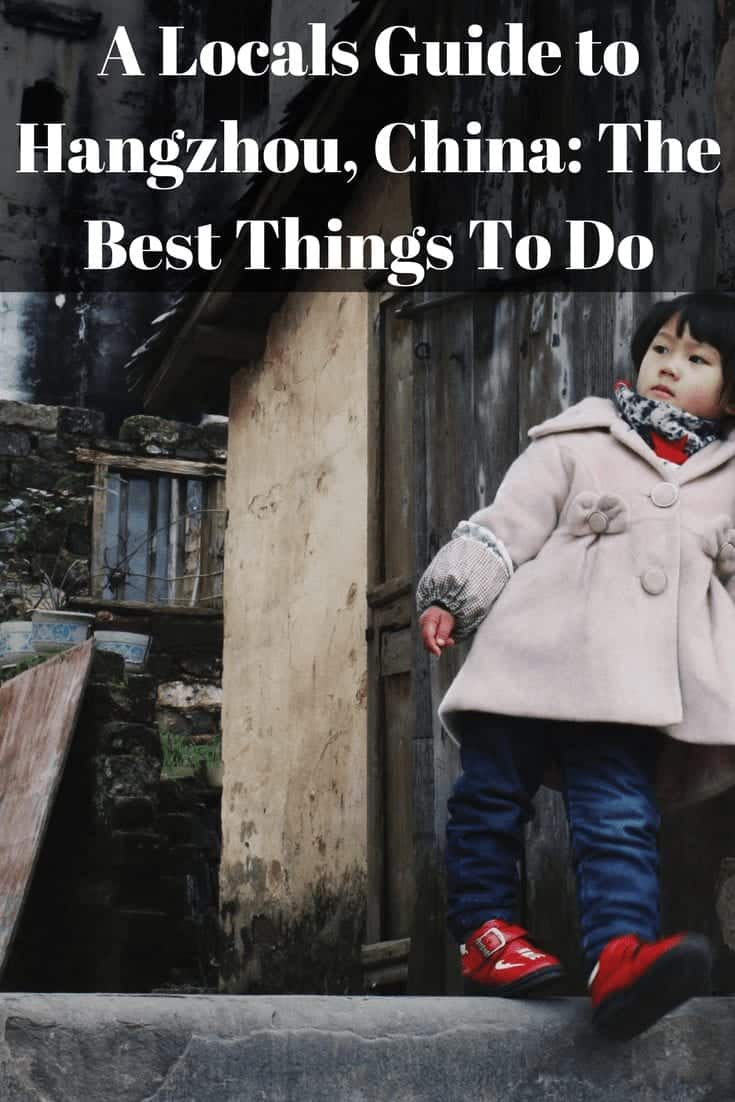 My Epic 9-Day Tour of Egypt with Travel Talk Tours