Portland, Oregon is known for many things but nothing characterizes the city better than the slogan “Keep Portland Weird.” Adopted as it may be from Austin, the motto encompasses the city’s quirky, hyperlocal side, with artists of all stripes leading the way. On your next visit, explore Portland’s artsy side with these activities.  Here’s your travel guide to Portland, Oregon! 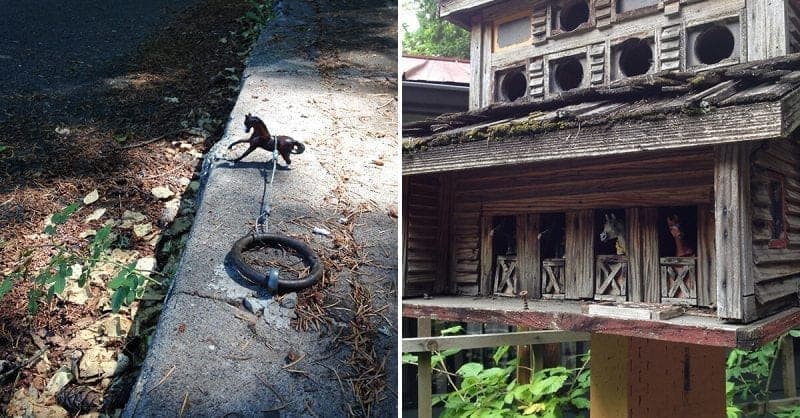 Find the last of the Tiny Horses

In 2005, a local artist tethered toy horses to historic rings affixed to curbs around the city. Hundreds of Tiny Horses appeared in the ensuing years, part of the Horse Project; today only a few remain. See if you can find them, on a sidewalk or elsewhere. 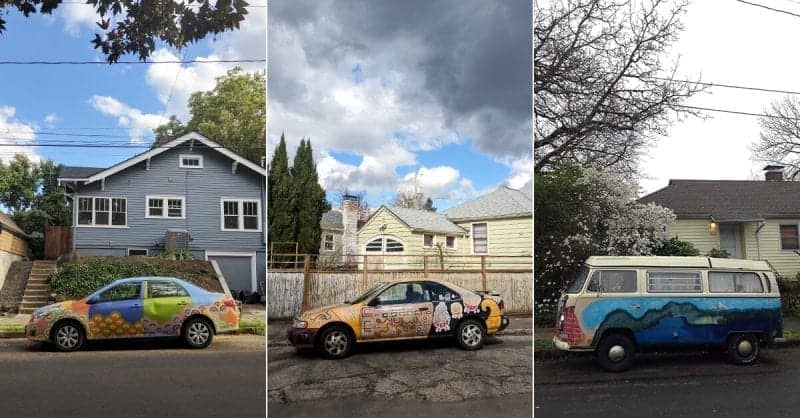 Car as canvas may not be a uniquely Portland thing, but most painted vehicles around Portland are Pacific Northwest-themed—and thus properly weird. Or are they just painterly projections by spirits suffusing the local woods? Either way, painted cars aren’t easy to spot (you have to get to the East Side) and the lucky sighting will likely be ephemeral—just like your time in the city. 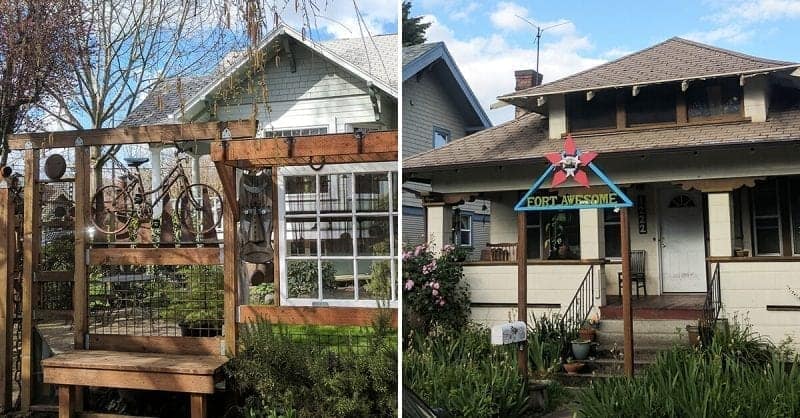 Portland homeowners love to adorn their yards. Lawns or landscaping? Boring! Throw in some home-made sculptures, benches, fencing, or shelters to show off your creativity and delight the neighbors and passersby alike—that’s the Portland spirit. Spot these examples of folk art on your walks through Portland’s leafy ‘hoods, especially on the East Side. 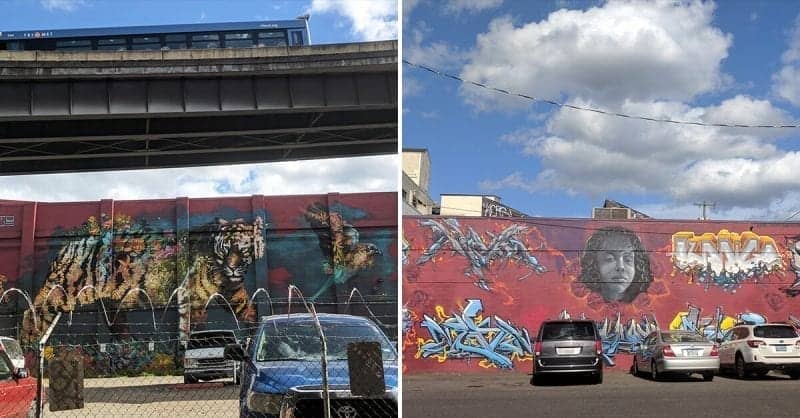 The up-and-coming Central Eastside Industrial District is rich in fun places to go in Portland, including bars and restaurants. Add to the list a self-guided street-art tour which will take you by some 35 of the 100+ SE Portland murals, many of which exemplify the city’s spirit. Best go on Sunday when fewer delivery trucks and cars block views.

The southern side of the 300 block of SW Yamhill is peppered with famous people’s quotes that read like poetic fragments. Slow down, read the 81 pavers on the sidewalk and plaques on walls designed by Portland’s own Katherine Dunn and Bill Will, and ponder: Who am I? What does it all mean? Is Portland really weird or is it all a computer simulation?

Dance at a free park concert

Since 1901, free concerts at Portland parks have delighted thousands on balmy summer evenings. Concerts in the Park isn’t just one of the City of Portland’s most popular programs, it’s always an excellent opportunity to bring a picnic, listen to great music, and people-watch.

See a live concert at a record shop

Like many places on this list, Music Millennium boasts legendary status in its category. Seeing a live show at this temple of alternative music—where, in fact, the in-store performance as a form was born—ought to top your list of Portland things to do.

If you miss a show, come browse the maze of CDs and vinyl records and ogle all the music paraphernalia during an artist meet-and-greet; or on Record Store Day, which the manager, Terry Currier, helped found; or on the newly proclaimed Terry Currier Day, August 12. You know what, just go any time you visit Portland. 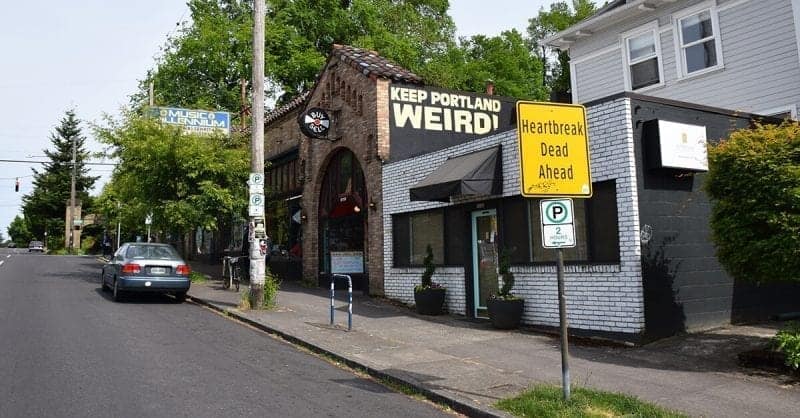 Listen to a concert at a piano store

In addition to selling pianos, Classic Pianos features top-notch musicians at its store concerts. Where else would you see Grammy winners for $10? Nowhere, that’s where.

Figure it out at Rimsky-Korsakoffee bathroom

Few culinary establishments in Portland offer free live music, and among them only the Rimsky-Korsakoffee House features classical music. But that’s not the best reason to come here: it’s the coffee, the cakes, and the peculiar, carnivalesque atmosphere of a haunted, unmarked SE Portland Victorian. Open after 7:00 p.m., Rimsky’s is an iconic—and iconically weird—spot for dessert adventures. Make sure you go to the restroom.

If you can figure it out, the Time Based Art Festival, or T:BA, can fulfill your wildest modern art fantasies. Live art and music performances, screenings, workshops, talks, and visual art installations throughout September swirl around the city like swifts around the Chapman Elementary chimney. Be at each venue on time or it never happened.

Technically not an invasion, Portland Open Studios connects 100+ local artists and thousands of art enthusiasts through open-house events in October. Take the self-guided tour through the open studios, take a workshop with a participating artist, buy some art—and enjoy the many Portland neighborhoods in the process.

The First Thursday art walk in downtown Portland and the Pearl District constitutes the city’s best free Happy Hour. Walk from gallery to gallery to view tons of new art with provided snacks, wine, and beer, and emerge on the other side ready for your dinner adventure.

First Friday can seem less polished than the swankier First Thursday in the Pearl District. As grungier or hippier it may come across, it’s a much friendlier, less pretentious art walk in SE, with more plentiful food and drink to boot.

Last Thursday on Alberta has grown into Portland’s largest art event. The best time to partake is in the summer, when 15 blocks of NE Alberta Street get closed to cars, and thousands of artists, performers, craftspeople, and other revelers fill the street.

I believe this is where Portland first put a bird on it.

See a second-run flick at a brew-and-view

One of the Portlandiest things to do is watching a second-run movie with a pizza slice and craft beer. Academy and Avalon theaters are the last such brew-and-view theater standing (other $4 brew-and-views include, at select times, Mission Theater and Kennedy School), so do it before they all disappear. I fondly term a night at a brew-and-view a $4 date; the matinees are only $3.

Disjecta, a nonprofit gallery in N Portland, has been showcasing modern visual and performance art for 18+ years. This is where Portland artists get their boost and where Old Portland retains a stronghold of weirdness (I saw chainsaw-carved and painted penises here and a life-sized sheet-rock replica of a front half of a semi truck). A must do in Portland, Oregon if you’re an artist or a patron of the arts or even just a visitor looking to get away from Portland’s same same.

“Why can’t drawing naked people be sexy?” At monthly Dr. Sketchy’s drawing sessions at Crush, a SE Portland bar, it is. A Portland-esque twist on the paint and wine events that have proliferated around town, the “anti-art school” gets saucy while celebrating art at any level of experience, skill, or sauced-upness.

Find more art-related things to do in Portland in the ebook 365 Weird Things to Do in Portland, Oregon, from which this article has been excerpted. As a loyal reader of AnitaHendrieka.com, use code ANITA to get the book for only $3.65 (usually 6.99!).

Author: Peter Korchnak is a co-founder of the travel website Where Is Your Toothbrush? A non-fiction writer, he is the author of Guerrilla Yardwork: The First-Time Home Owner’s Handbook. Other than travel and writing, his passions include playing ice hockey and juggling projects. 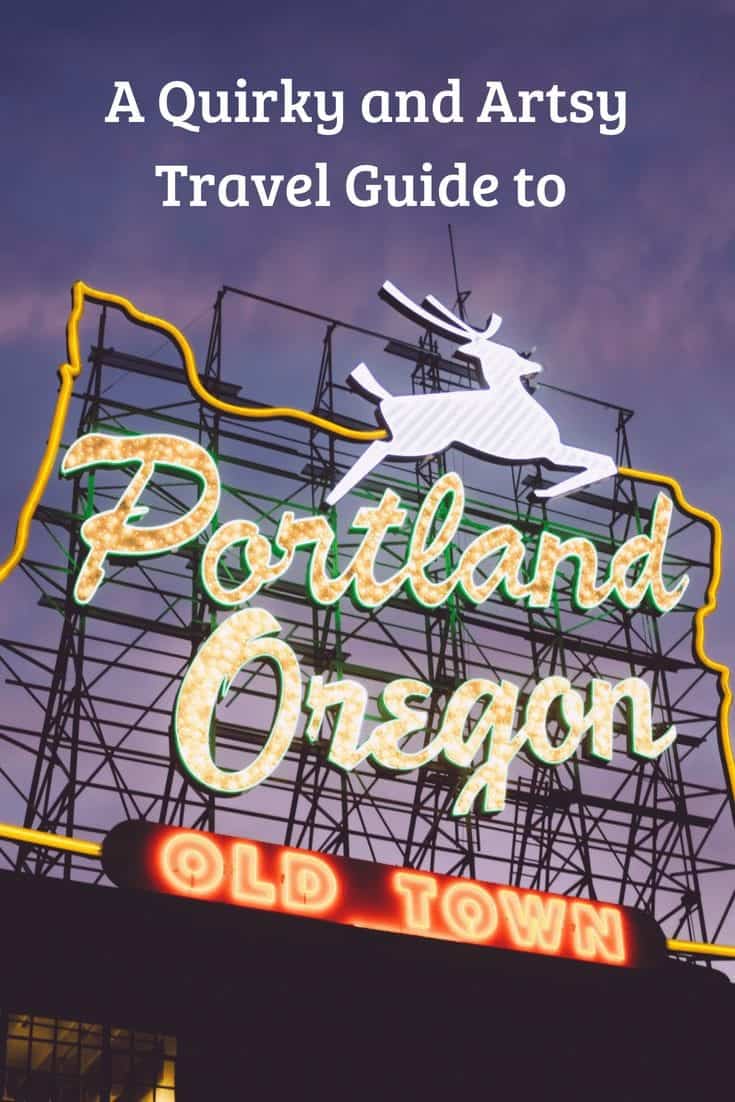 Your Ultimate Guide to San Francisco

A Guide To Quetzaltenango Guatemala

Become an au pair in Canada