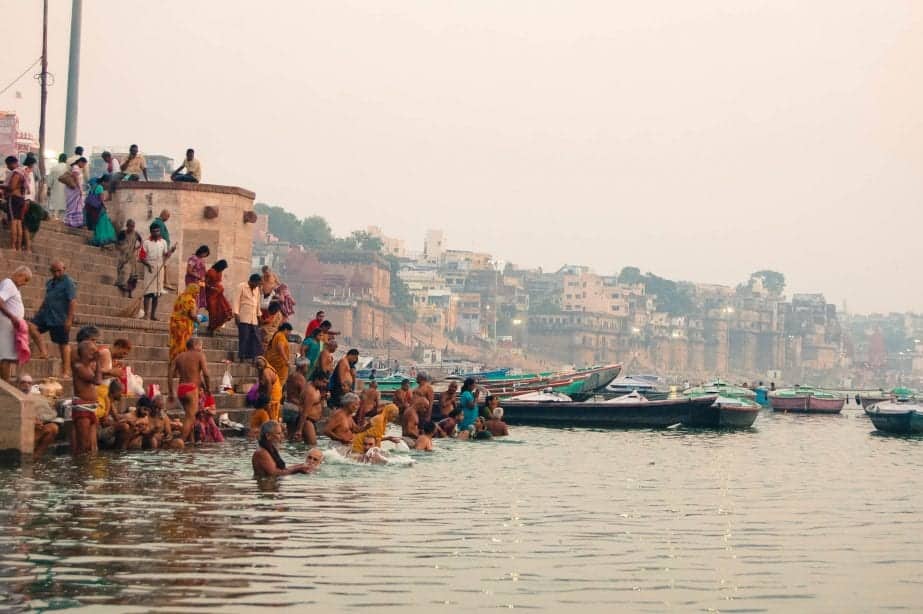 Yes, you read the title right, Indian cannibals.  On my holiday to India, I visited one of the most spiritual places in the world, Varanasi.  Every inch of this city jolts you, from the burning bodies to the starving people and the half-dead animals crying for help, but when I heard about the cannablist rituals of the Indian Aghori monks, I was in shock.

As the title suggests, the Aghori rituals can be quite shocking. While this post is not incredibly graphic, it does include details about cannibalism amongst the Aghoris in India. Please continue reading at your own discretion. 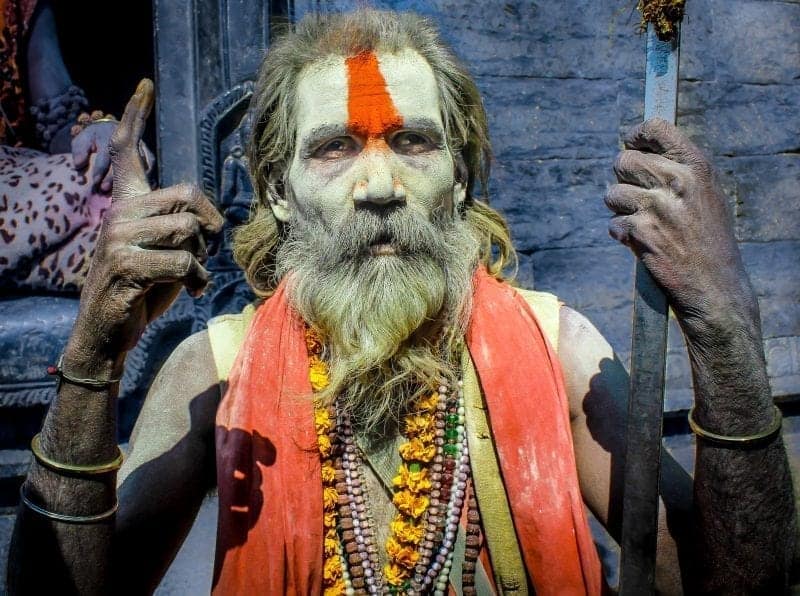 Have you heard about the Indian Aghori tribe?

The Story of the Aghori Monks

When I first heard about the cannibal Aghori monks it was a very hot Indian day (as always), and I was walking around the markets in Varanasi.  I decided to duck into a jewellery shop, not because I was really interested in it, but because of the golden masterpiece on the wall – the air-conditioner.  Inside, an Indian man asked me where I was from.  I didn’t reply for a few seconds because this was a common line for most Indian men trying to start a conversation that I just couldn’t be bothered starting.  But for some reason, I answered.  He explained that he was from Kerala (South India) and was travelling with his Dutch friend who has been to India over 6 times.  He explained that nothing seems to faze her anymore. But he was absolutely petrified as Kerala is a different world away from Varanasi.

It couldn’t have come at a better time to meet them. I was at the point of getting verbally aggressive towards shopkeepers for asking me so many damn questions all the time.  She taught me that I needed to be calm and take everything as a joke, laugh, and be cheeky.  Don’t take anything seriously in this country.  Her advice was true and is pretty much how I stayed sane the entire trip!

Fast forward – I walked around the city with them and met a pot-smoking Sadhu (holy person) who hadn’t eaten in 5 days and told me my future (that’s another story!).  After that, we then decided that we should hop on a boat and watch the sunset before the famous ceremony of light on the edge of the Ganges.  While the guy was rowing, someone asked where does the bridge lead over in the distance.  He looked like he had just seen a ghost and told us never to go over there.  Of course, we asked why and he told us the story of the Aghori Monks.

The Aghoris in India are infamous with the locals because they apparently cast black magic if the locals go near them.  Most human beings run away from death because we are afraid of dying or seeing people dead.  But these monks are not, in fact, they live off the dead.  They welcome death into their lives like I welcome chocolate into mine.  A person has to die before a new person can come into this world.  But as we asked this guy more about what they do, the more my jaw dropped. I certainly didn’t expect to be learning about cannibalism in India during a peaceful boat ride! 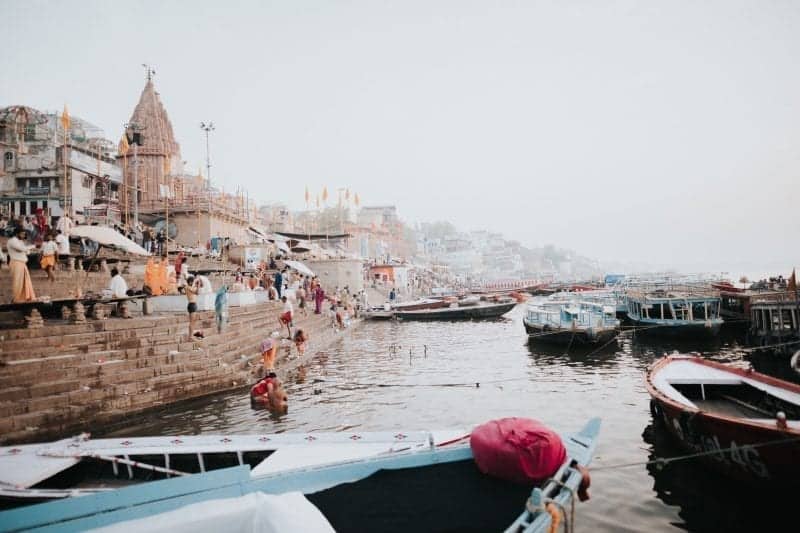 The Ganges play an important part in the Aghori monks’ lifestyle

The Most Important Aghori Ritual

Perhaps the most important of the Aghori rituals is Shav Putra, an incredibly private ceremony.  In order to complete it, they must find human corpses.  These are hard to find in Varanasi as nearly everyone is cremated.  Some families in Varanasi, cannot afford to be cremated so instead they will put the bodies in the Ganges.

So, the Aghori monks literally ‘fish’ them out.  When they find a body they meditate on it, chop the head off (because it holds the most energy) and then in some Aghoris practices they eat the flesh. This is why the Aghori tribe are known as the Indian cannibals.

They believe that they can’t please God if they don’t do this human sacrifice.  They keep the skull of the corpse as a reminder of the impermanence of life.  They believe that all their acts and rituals, including cannibalism, are done in pursuit of spiritual liberation.

The Aghoris have their own lifestyle and beliefs that are seen as evil and taboo amongst Hindus.  This why most of the locals stay right away from them.  They are believed to have no fear and to digest all evil! 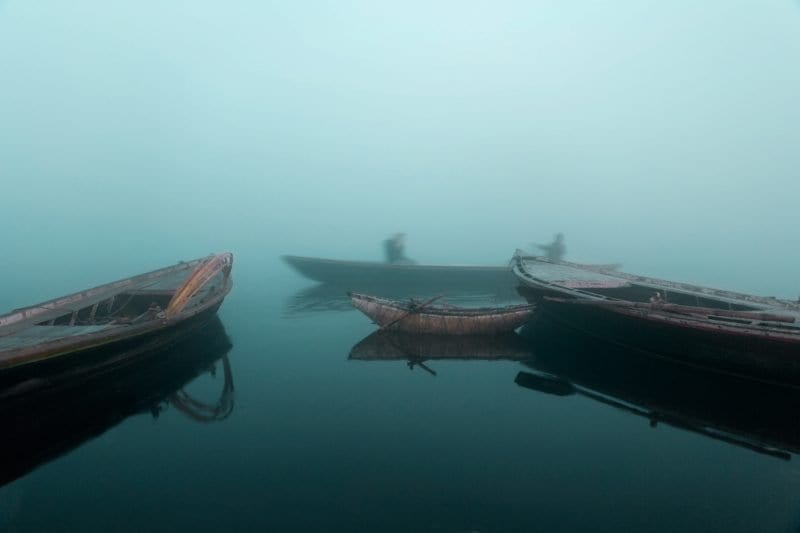 Other Aghori Rituals and Practices

Other daily Aghori rituals include drinking urine and eating stools in their food.  They are also known to consume a lot of alcohol and marijuana.  One of the most important and chilling daily rituals that the Aghori do is smothering their face in human ash. They call it ‘holy ash.’

The Aghoris are shunned out of the local society because of their ‘black magic’ and cannibalism so you may be hard-pressed to find them anywhere in India (that’s if you do want to find them).  If you want to know more about the Aghori monks and the Aghori lifestyle then watch this YouTube video from a bunch of photographers that went to photograph them, it’s pretty amazing.

I couldn’t believe that these Aghori rituals still existed in the modern-day, but I should have known better; India is full of surprises!  I will never forget that chilling moment on the boat when our guide told us about the Aghori tribe. I had no idea there were Indian cannibals! It’s stories like these that make me think travelling is the best form of education.

Have you heard of the Aghori tribe? Did you know there were people who practised cannibalism in India? Would you be scared to meet an Aghori monk? 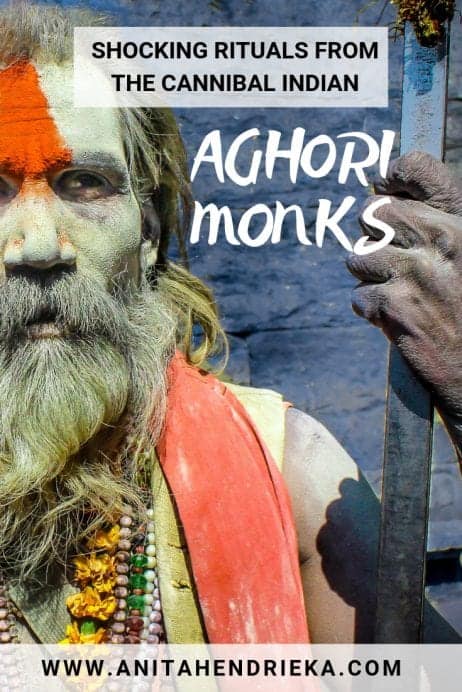 The Importance of Meeting Local People While Travelling

Walking Holiday vs. City Break: Which one?