Where to Teach English in Japan 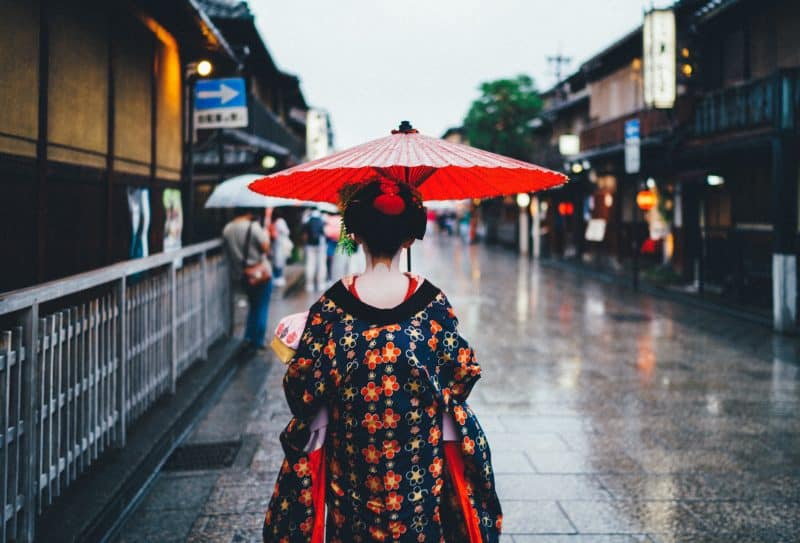 Imagine, for a moment: a lively, crowded street; the aromas of all manner of street foods fill the air; flashing neon signs adorn the sides of somewhat higgledy-piggledy buildings; towering skyscrapers side-by-side with small alleys and ancient temples. This mish-mash of cultures, architecture, and lifestyles is a scene common to Japan’s sprawling cities. No wonder it’s one of the most popular places to teach English as a foreign language!

Choosing between the islands’ wonderful and unique metropolises is difficult. Each has something different to offer. Luckily, we have decided to create this little guide on the advantages that each city has for an aspiring EFL teacher. Thank us later. 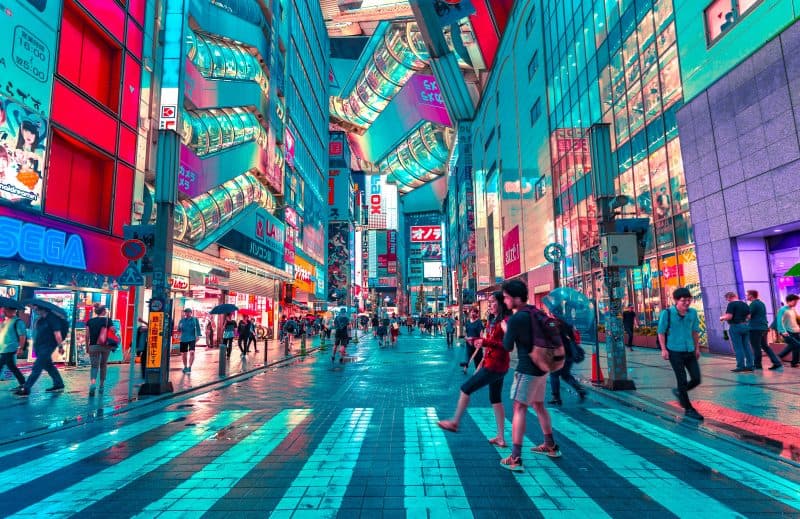 Obviously, the capital of Japan and the world’s largest metropolitan area (39 million call it home) had to be first on the list. Such a large population base is naturally going to come with a sizeable jobs market. Wages are slightly higher, on average, than the rest of the country, but so is the cost of living.

Tokyo is an incredibly diverse city, with imperial palaces, sweeping parks, glossy business districts, and delicious-smelling back alleys. Think New York or London, but everything works as it’s meant to. Again, just like New York and London, Japan’s capital is at the forefront of global technological advancement and financial services. Being the economic powerhouse that it is cements its place as a prime TEFL destination.

Need another reason to teach here? Well, Tokyo, like much of Japan, has an extraordinarily low crime rate!

Annoyingly, Tokyo, as great as it is, is one of the most expensive cities to live in the world. Here are some of the average costs for essentials, according to Numbeo:

Wages tend to be slightly higher here than in other cities. Someone starting their EFL career can expect to earn around 250,000 yen per month, which is pretty standard. 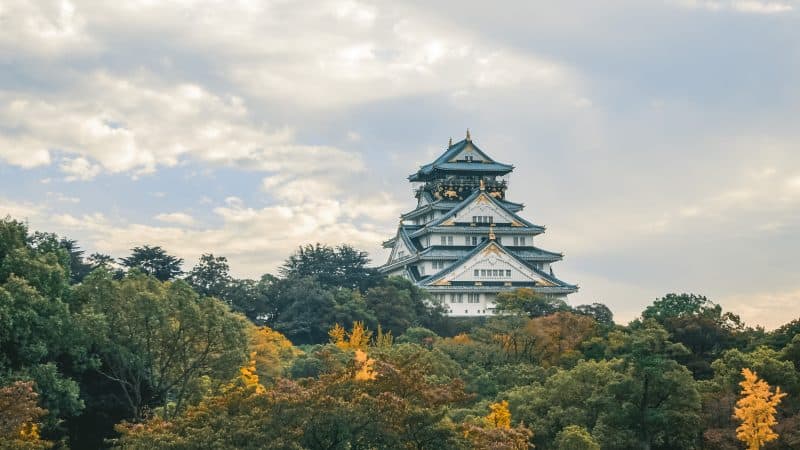 Once Japan’s main commercial and trade hub, Osaka still plays an important role in Japan’s economy and identity. The second largest metropolitan area in Japan, Osaka is as diverse and crazy as Tokyo, but with a cost of living a whole quarter less!

Osaka is famed for its street food, so much so that it has earned the prestigious nickname Tenka no Daidokoro or ‘Nation’s Kitchen’. More than rice, sushi, and noodles, Osaka is home to many classics. One example is the Okonomiyaki – an omelette-type dish that can be customised with an assortment of toppings. For history buffs, there are multiple significant landmarks such as the magnificent Osaka Castle or the Sumiyoshi Shrine.

For a slice of everything Japan has to offer, Osaka is the place to be.

Wages in Osaka tend to be slightly lower than in Tokyo, although not by much. Expect around 200,000 yen per month for a starting salary. 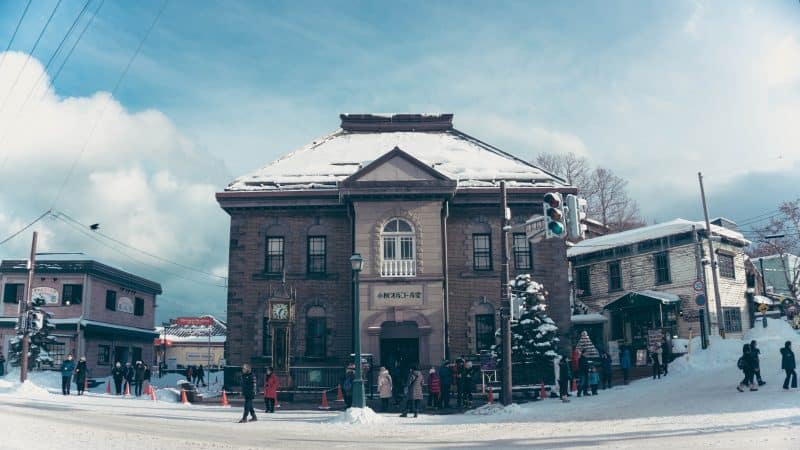 Praised as a breath of fresh air when compared to Japan’s other megacities, Sapporo is a fantastic northern city. Famed for its snow-capped mountains, friendly locals, and strong expat community, Sapporo is great if the endless urban sprawls of the southern cities doesn’t appeal to you.

For adrenaline-junkies, the surrounding mountains offer top class skiing and snowboarding. In fact, the city is often covered in a blanket of snow for much of winter. If you’re not great with the cold then maybe this isn’t the place for you. That being said, Sapporo is well worth the minor inconvenience of sub-zero temperatures and should be a big consideration for any would-be English teachers.

Since it is quite a bit smaller, and a little bit off the beaten path, the market for teaching jobs here is not quite as potent as in other cities. However, it is also less competitive than in Tokyo or Osaka, with jobs less likely to be gobbled up and requirements a bit less stringent.

Sapporo teachers can expect to earn a similar wage as elsewhere with around 200,000 – 250,000 yen a month being the standard. Of course, this can differ between employers, but wages in Japan are fairly stable so this is a reliable average.

Now, to the nitty gritty. To actually obtain a visa to work as a tutor in Japan, you must hold a bachelor’s degree, which is annoying for a lot of people. On top of that, employers can be quite picky when it comes to experience and qualifications. We recommend completing a 120-hour TEFL course because this will provide you with the level of training most commonly sought after by schools. Make sure to book your course with an accredited and internationally recognised provider like The TEFL Org so that you give yourself the best start possible.

So, what are you waiting for? Pack up and move away to teach English in Japan now. 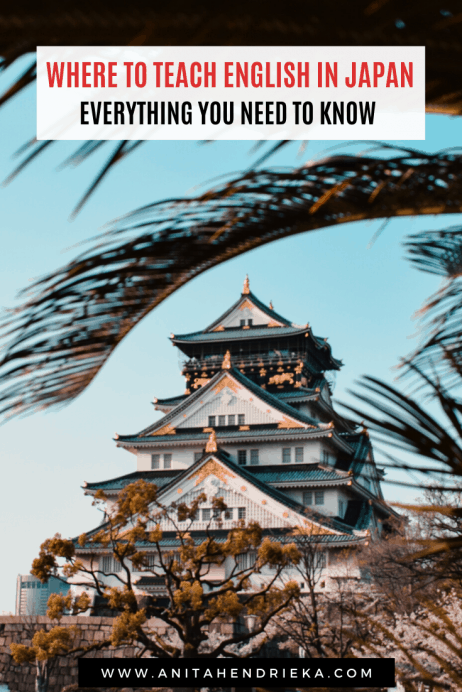 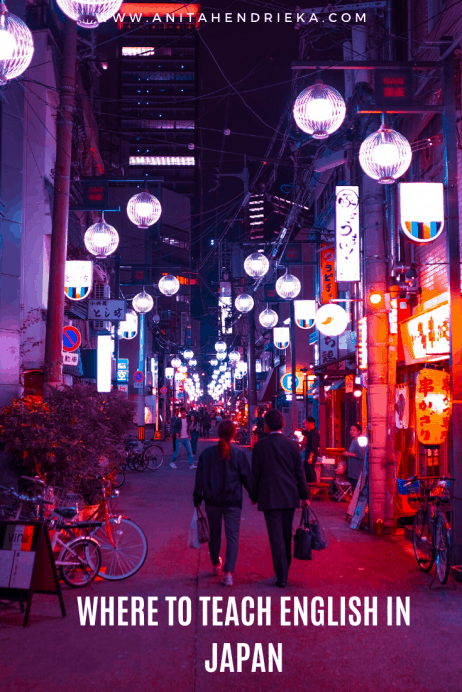 10 Japanese Food You Have to Try While in Japan

32 Must-See Places To Visit in Japan

26 Unique Things to do in Tokyo, Japan

Guide to Creating a Travel Blog in 2021