The Most Shocking Hostel Stories From Around The World

Sometimes shared accommodation has it’s ups and down, it’s funny moments, its disgusting moments and some pretty outrageous moments.

Here are the most shocking hostel stories

Hostel Stories #1 – Thrust from above

The 6 of us had only just met in the small hostel in Leon, Granada. Thrilled to be in a big city after spending time in smaller towns, I tagged along when someone suggested going clubbing. Our group of 4 guys and 2 girls managed to find a funky club filled with locals, where one of the guys and girls wasted no time in getting together. The rest of us danced, drank, talked, and a second guy, (let’s call him Dirk) soon found a local girl to dance with. They did a little bit more too, as I found out upon returning to the hostel and discovering one new friend sat outside the dorm room as Dirk had brought back the local chica to get more intimate with. We sat outside waiting until they finished and she left so we could go to bed…

Despite their conversation being limited, and possible only thanks to google translate the next night, after we had all gone to bed and were drifting off I felt the bed move as Dirk climbed down. In the darkness, he cracked open the door and there was some muted female giggling before the bed rocked twice as they climbed up. To their credit, they were very quiet, and I wasn’t sure if anyone else noticed. On the other hand, the bed was pretty flimsy, so I could definitely feel every thrust from above in the rocking of the bed. In amusement, I considered rocking with them, in cheekiness I thought about fidgeting lots and disturbing the rhythm. In reality, I did neither, and actually fell asleep to their gentle rocking!

My friend Tim was staying in a hostel in Budapest.  As everyone was going to sleep one couple came back to the room and started having really loud sex.  In the middle of this happening the guys, banjo string snapped and blood started flying around the room!  He was just screaming and an ambulance had to come.  He said there was so much blood that housekeeping had to come and clean everything in the middle of the night!

Hostel Stories #3 – Horror in the making

Danielle Desir from The Thought Card

I recently had a very odd experience at an Airbnb accommodation in Philadelphia. During the middle of the night, I found my housemate sitting on the kitchen floor. She was unresponsive and her hair was completely covering her face. Since we were strangers, I hurried back to my room to avoid being part of a horror flick.

Later that night when I thought the coast was clear, I went back to the kitchen to grab a glass of water. Within seconds, my housemate stormed into the kitchen in a very modest nightgown and grabbed a bag of chips from the counter. I was shocked by her unpredictable behaviour and made a mental note to start expecting the unexpected when sharing accommodations. 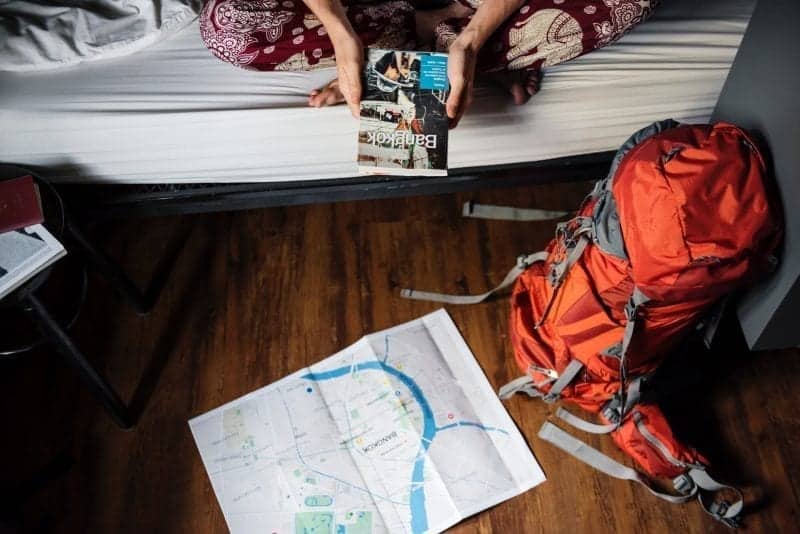 Stefan and Sebastien from Nomadic Boys

We travelled on the Trans Siberian in summer 2014 through Russia and made numerous stops along the way to see the country. This was before the ruble crashed in December 2014 so was an expensive destination.

To keep within budget, we stayed in a dorm in Moscow. All was going well until one evening, a drunk Ukrainian couple checked in. They stormed in after lights out at midnight. Switching on/off the light at night in a dorm is already a nuisance.

To top it off they stank of alcohol and cigarettes and decided two bunks wouldn’t do and would share their bunk. They were giggling noisily and making other noises well into the night until we plucked up the courage to tell them to shut up or get out. Reception were useless of course but they eventually got them to quiet down.

That was definitely the end of hostel dorm experiences for us!

Luke from Back Street Nomad

A group of about 5 friends and I were staying in a Dublin hostel room of about 12 beds. The hostel had a big stairwell and 3 floors and our room was on the third. After a big night out in Temple Bar, we were walking up the stairs to our room and we saw this suspicious man who looked about 60, had a massive beard and very old looking clothes. He looked more homeless than most homeless people and looked like he was trying to break into level 2.

As we were entering our room he followed us in and one of my friends tried to shut the door on him. After a bit of a door wrestle he got in and walked over to bed 7 where he woke the kid up who was sleeping and said “you’re in my bed”. At this we were like “Alright, this bum here is totally trying to get a free night’s sleep and has the guts to actually kick someone out of their bed”. Turns out Father Time was legit, he slept in our room, and sleeping guy was moved to another room in the middle of the night. Let me tell you it made for some very awkward chit chat at the breakfast table in the morning.

I have two pretty gross hostel stories that, happened at the same hostel. I went to Hanoi, Vietnam this past spring. The city was awesome, busy and loud and so very different from Japan. The hostel my friend and I decided to stay at was cheap at $5 a night for a mixed dorm, so I really didn’t have the highest of expectations. Little did I know what was really in store for me! We were trying to fit six cities into our two week vacation so we weren’t really into “travel party mode” like… pretty much everyone else in our hostel. I had NO idea when I booked our hostel that it was going to be so heavily gauged towards partying, and if I did I would most likely not have booked there.

Well, the second night my friend and I get back from being out at Ha Long Bay and promptly pass out. I get woken up sometime in the middle of the night by the sound of puking in the bathroom. Great, someone is sick! These things happen in hostels, people drink too much or eat bad food. But then I realize it is the girl who is sleeping in the bed above me! I get woken up a few more times by her climbing down to vomit and I just keep thinking “girl, please just sleep in there!” Needless to say, I get very little sleep that night because I am worried on her NOT making it to the bathroom and gravity. Thankfully that never happened.

The second story is also pretty gross and involves bodily fluids. We were staying at that hostel for four nights. And during our second day we hear some people talking about their water not working. Apparently they had just redone the building and were having some plumping issues. We’re in an old part of Hanoi and I mean, it’s $5 a night. We were on the ground floor and had little issues with our water, until the last night there. No water for a shower and no water for the toilet, which meant everyone’s business is just there.

We are flying out to Cambodia the next day and all I want is a shower and to not be woken up by drunk girls puking! We ask them if they have any rooms with water and they did, so we ended up moving rooms and it was a really nice room. But still, no water in the hostel is gross, especially when you’re sharing a toilet with strangers. 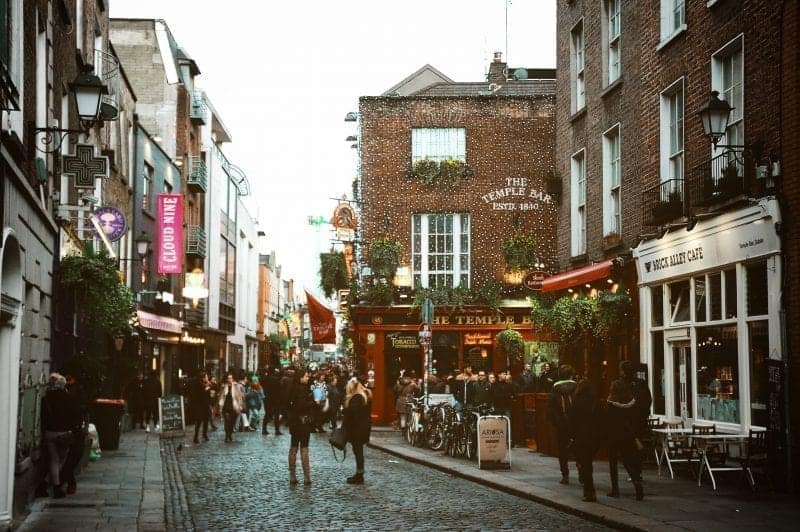 I was in Dublin with a couple of friends for the weekend and we stayed at this cool hostel near the Temple Bar area.  Because we were broke travellers we ended up buying some drinks to drink in our room which also hosted 3 boys from England.  They seemed nice and we were in tears listening to their tales from their drunken weekend so far.  After sharing stories, us girls went out for a good Irish night out at the buzzing pubs and bars.

When we came back the 3 boys were still awake.  One of the boys had his jeans around his knees and was swaying around the room because he was super drunk.  In the end we all ended up drawing on him with lipstick, but suddenly things got a little gross. He started to piss himself in the middle of the room and then was trying to go from person to person to try and hop into our beds.  He ended up being a human-like pinball machine as we would scream for him to get away and push him onto the next person.  The sad thing is, he only had one pair of jeans which he then had to wear on the plane ride back to England early that morning.

I hope you had a little laugh at the stories above, I sure did!  Make sure you check their websites, they have amazing travel blogs as well! 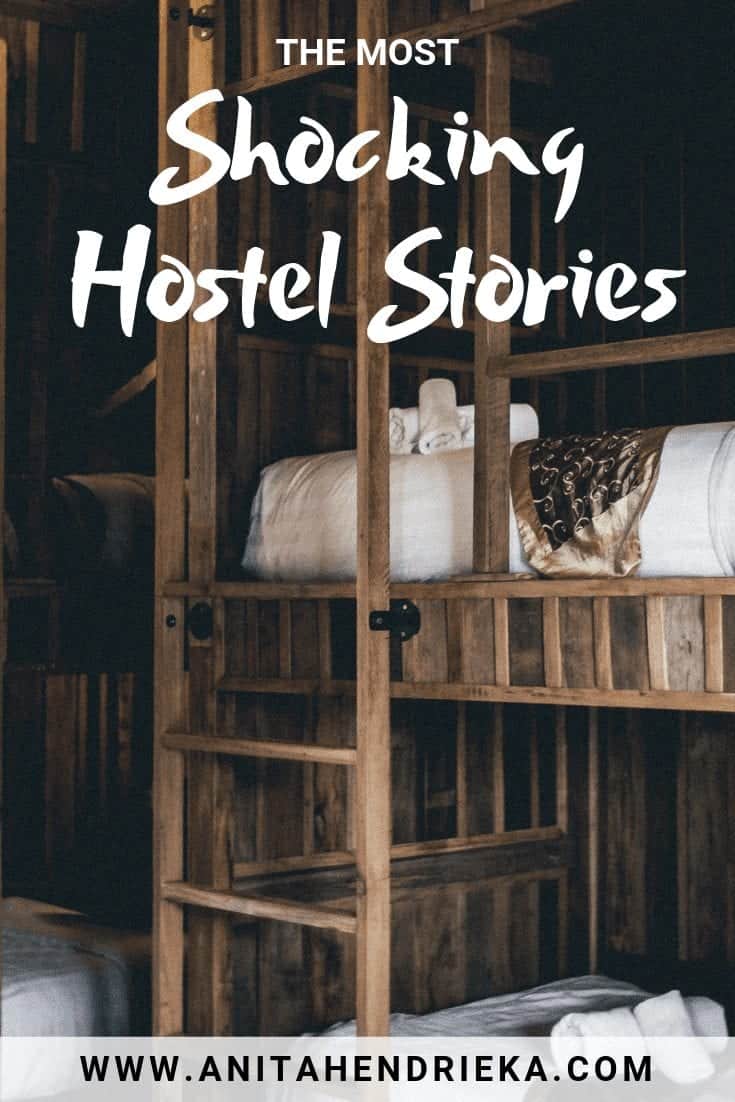 A Guide To Bucharest, Romania