Best Things to do in the Cotswolds (Walks, History and Accommodation)

Written by Laura Harris from One More Step Travel

The Cotswolds: green, rolling hills, pretty villages, country pubs and lots of sheep. I’ve lived in the area for 23 years, first in a village near Stroud and now in the city of Gloucester. Although I might not have appreciated it as a child who thought she couldn’t possibly live somewhere more boring, there’s an incredible amount to do here. There’s going to be no discussion of the massive tourist destinations in the Cotswolds like Castle Combe or Blenheim Palace – today, you’ll read a locals guide to the Cotswold.

So get away from that organised tour which just buses you around the hotspots with dozens of other tourists. Hire a car or take public transport to explore any of the following places. You’ll have a blast and experience the real beauty of what it’s like to live in the Cotswolds.

Things to do in the Cotswolds

One of the most popular farmers’ markets in the UK, it runs every Saturday from 9am-2pm at Cornhill Market Place. While away a morning as you peruse freshly baked bread, colourful fruits & veggies and plenty of arts & crafts.

Cheltenham is well known for its four annual festivals: Jazz (April), Science (June), Music (July) and Literature (October). If you’re lucky enough to be in the area for one of these events don’t miss out on the opportunity. For this year’s literature festival there are already big names like Matt Lucas, Miranda Hart, Simon Schama and Nigella Lawson lined up.

One of the quirkiest traditions in Gloucestershire… every year on the Spring Bank Holiday at the end of May, a 9lb Double Gloucester cheese wheel is rolled down an incredibly steep (1:3) hill. That’s so steep the cheese can reach 70mph! Dozens of people proceed to race after the cheese, and the first one to reach the finish line at the bottom of the hill wins it. Paramedics patch up anyone who gathers injuries along the way.

Sometimes named one of the loveliest drives in England, and it only takes just over an hour. If you want glimpses of traditional stone villages interspersed with glorious views over the hills, this is the road trip for you. From Cheltenham, head towards Winchcombe then continue north-east either until you reach the border of the Cotswolds at Quinton, or all the way to Stratford-upon-Avon. Stratford is, of course, the hometown of Shakespeare, so you could spend a couple of very pleasant days there before returning back to the Cotswolds.

Walks in the Cotswolds

One place I visited a lot when I was a kid which is very popular with families and dog-walkers. Don’t miss the Arboretum if you’re visiting in autumn – the colours are spectacular. There’s a walkway that rises through the trees and plenty of woodlands to explore.  This is one of the great things to do in the Cotswolds!

Another childhood destination where my parents used to drag me on “another boring walk” 😉 Walk around the edge of the golf course for wonderful views across the valleys. 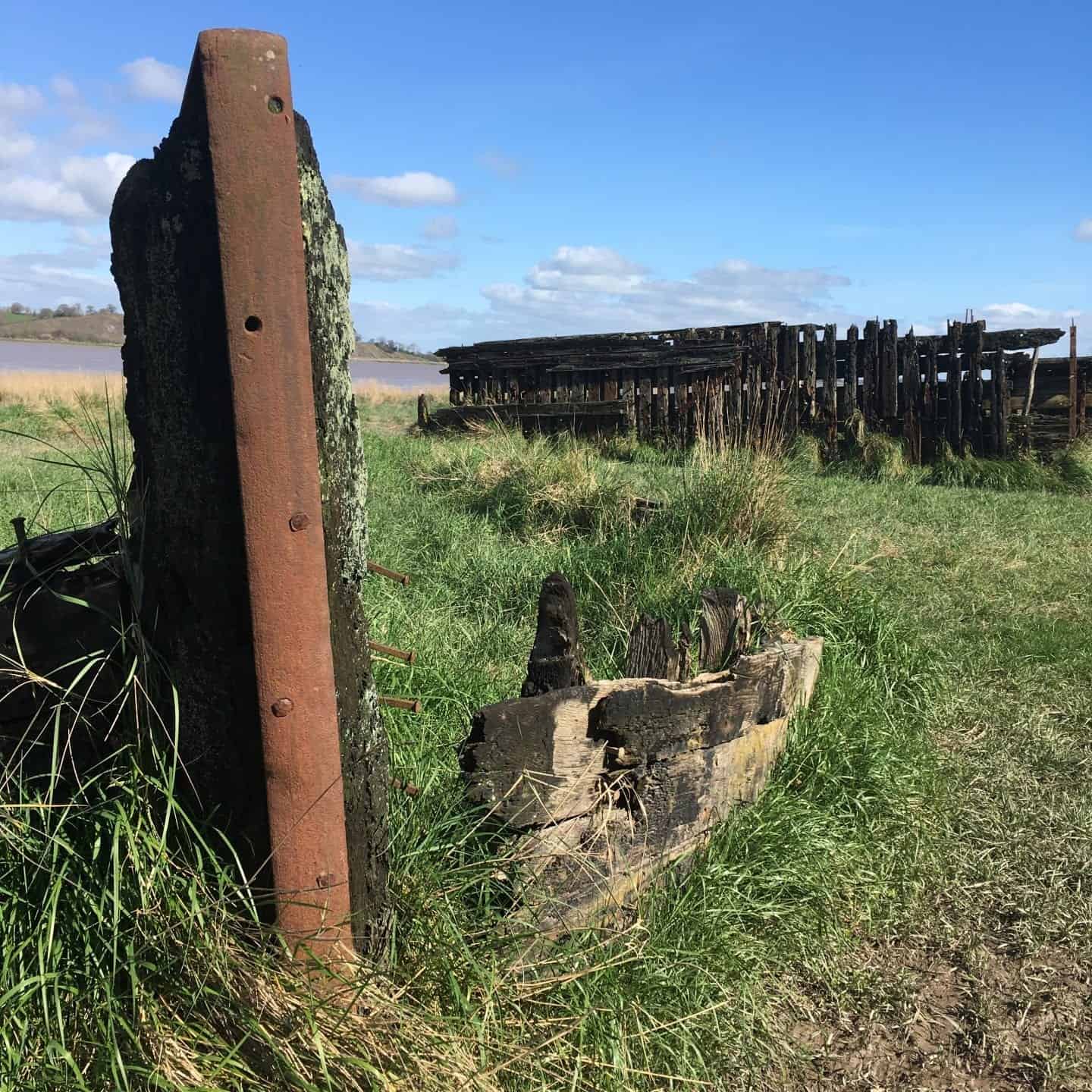 A 10-minute drive west from the Cotswolds is Purton Ships Graveyard on the banks of the River Severn. Park next to the canal bridge, put walking boots on and wander through the mud to investigate. Tens of ships intentionally banked here last century to reinforce the banks and now the landscape has grown around them. Some are barely visible except for their shape, while others are so big you can walk through them.

Near the small village of North Nibley is a pleasant walk up a hill to the William Tyndale Monument. Tyndale was born nearby and spent his life translating the Bible from Latin into English. Unfortunately, the church at the time did not appreciate this, and he was strangled and burned at the stake in 1536. The monument was erected in his honour by locals in 1866. You can climb up the steep steps for even better views across the Cotswolds. 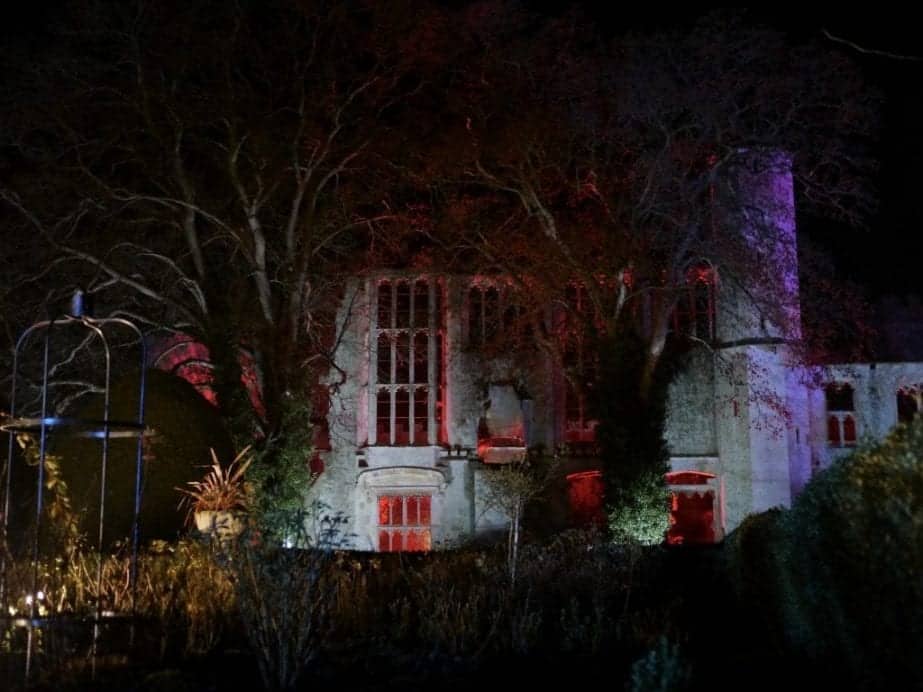 Sudeley Castle is in the village Winchcombe – an easy place to stop if you’re doing that road trip from Cheltenham to Stratford mentioned above. It has Tudor links, once the home of Catherine Parr, and was used as a base in the nearby Battle of Tewkesbury. The castle is still actually in use as a residence, so is only open to visitors on certain days. 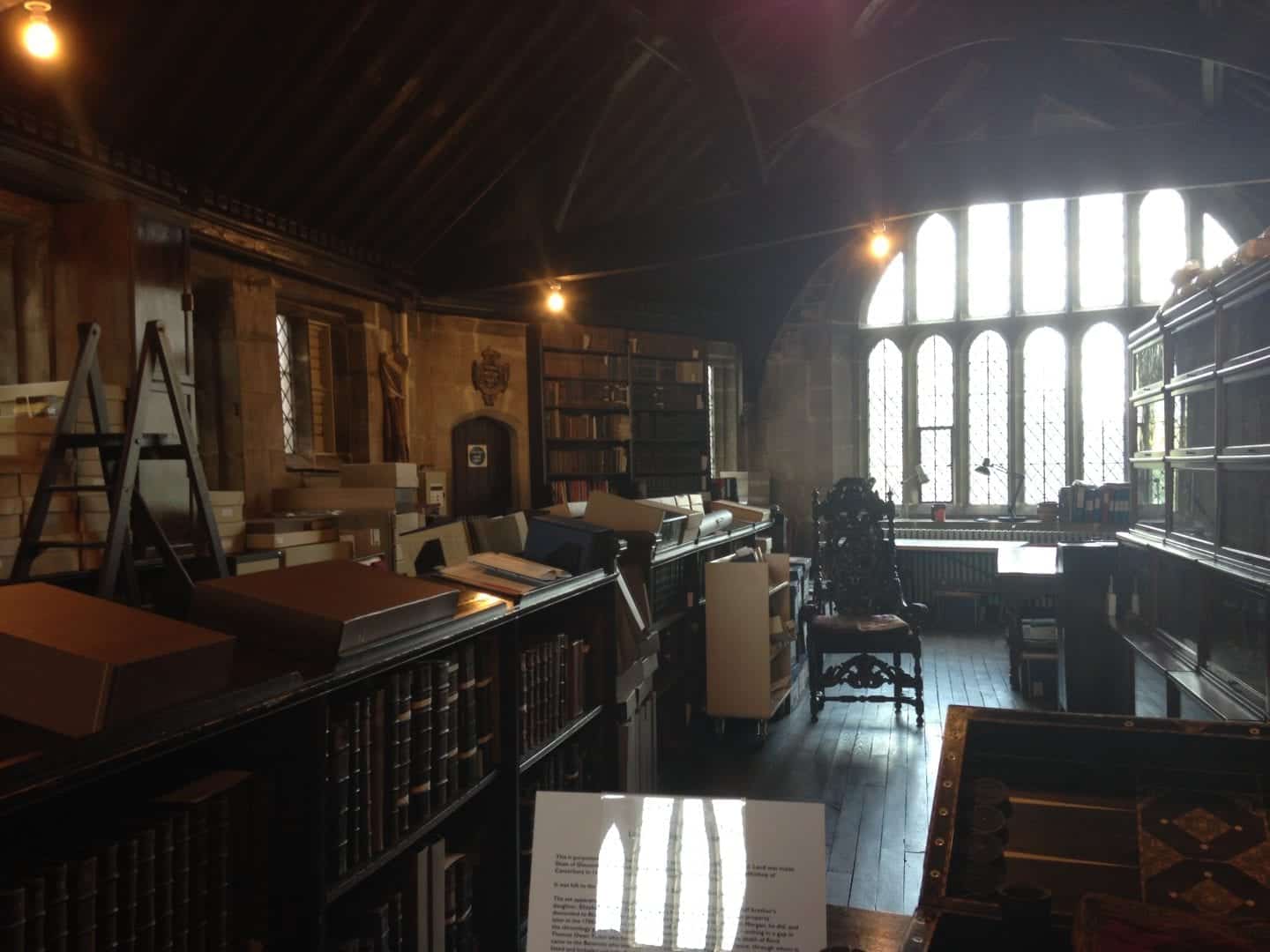 Technically outside of the Cotswolds area, but it’s the nearest city and worth a stopover. The cathedral tower is visible from all around Gloucester. Several scenes from the Harry Potter films were filmed in the corridors, while up in the cloisters is a medieval library. The earliest parts of the cathedral are almost 1000 years old – the foundations were laid in 1072.

Cirencester was once an important Roman town called Corinium with a fort, amphitheatre and several Roman villas nearby (including the one mentioned below). There’s now a Corinium Museum with exhibitions, workshops, lectures and access to the amphitheatre ruins. 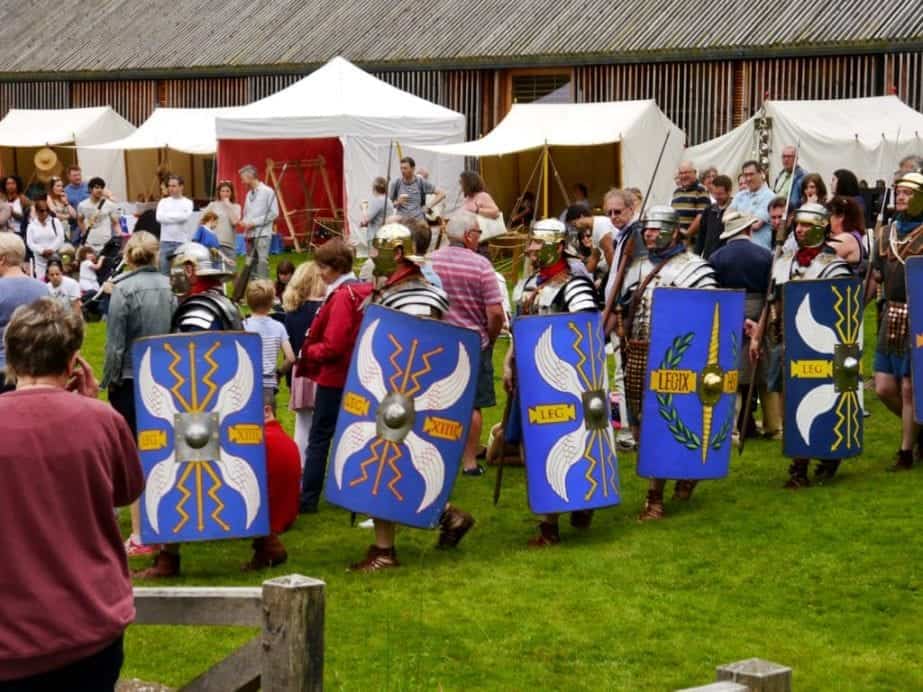 Another Roman site – this one very tucked away in the middle of nowhere. They hold events in the summer that are very family friendly, including re-enactments from the Roman Military Research Society. The villa is nearly 2000 years old with extensive ruins of a mosaic, bathhouse and Nymphaeum water shrine.

So if you are considering a Cotswolds organised tour, think twice! DIY it using the tips above to get a much more well-rounded view of this beautiful corner of England. If you have any specific questions about planning a trip here, leave them down below!  Tell me which things to do in the Cotswolds would you like to do. 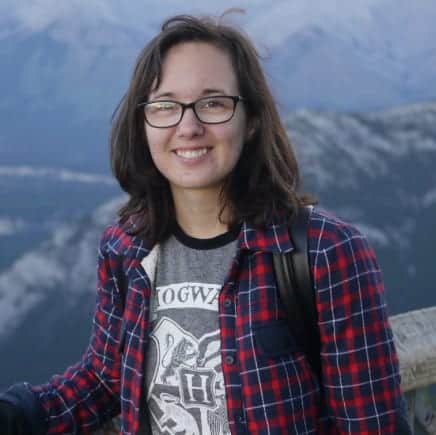 Laura is a travel aficionado, history graduate and author – so it’s no wonder she loves exploring historical and literary destinations around the world. She lives in Gloucester, England with two cats and spends far too much time examining a world map deciding where to fly to next. 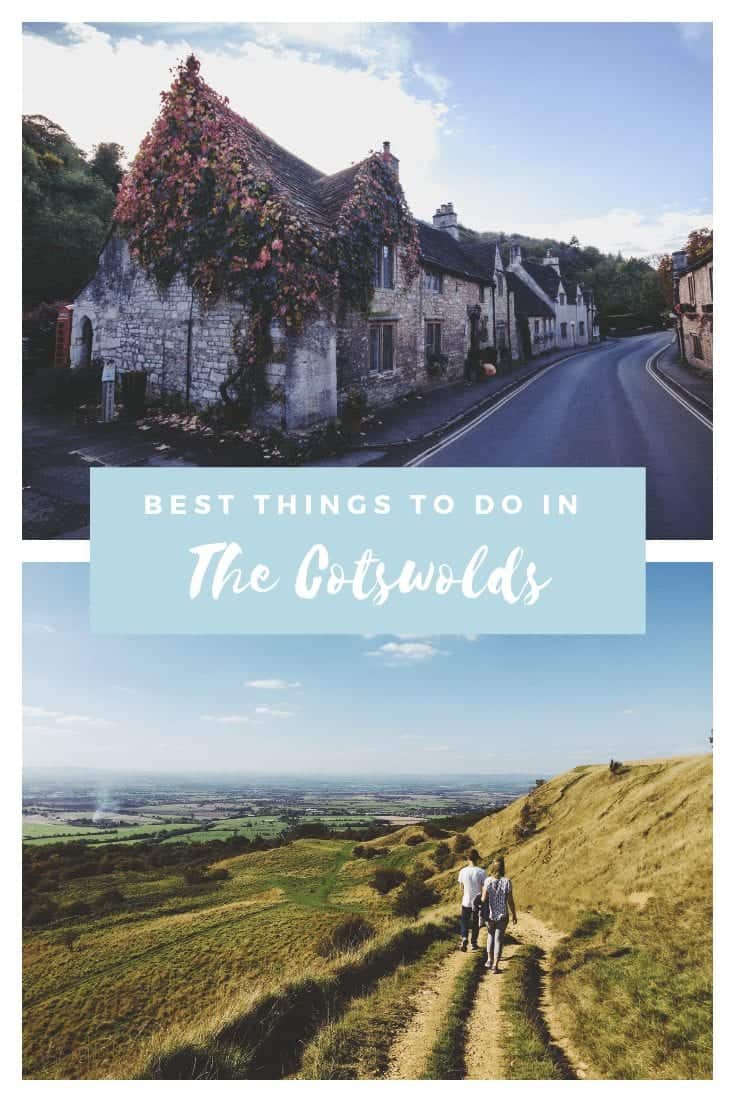 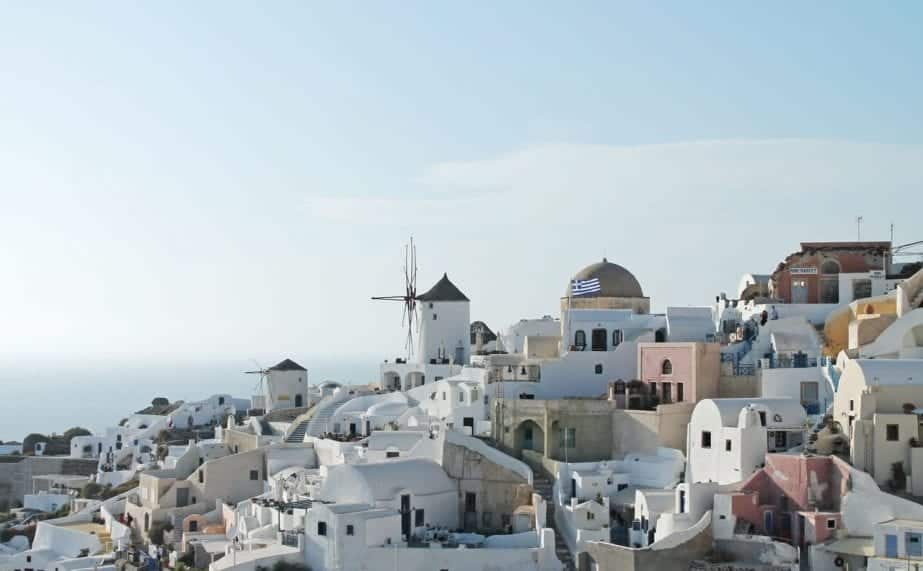 Expert Tips on Enjoying the Best of Santorini, Greece 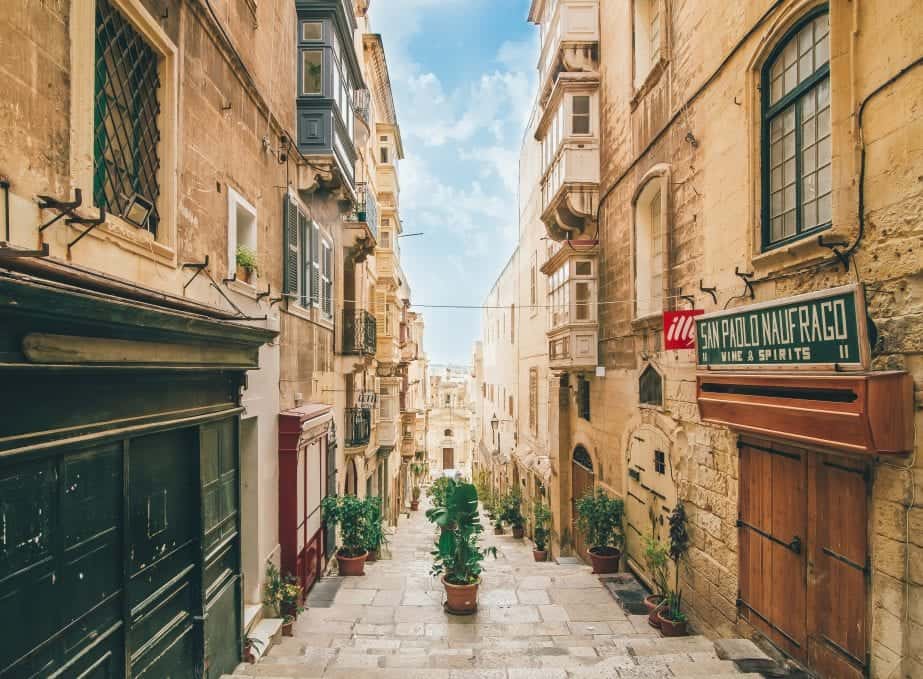 A Quick Guide to Spending Summer Holidays in Malta 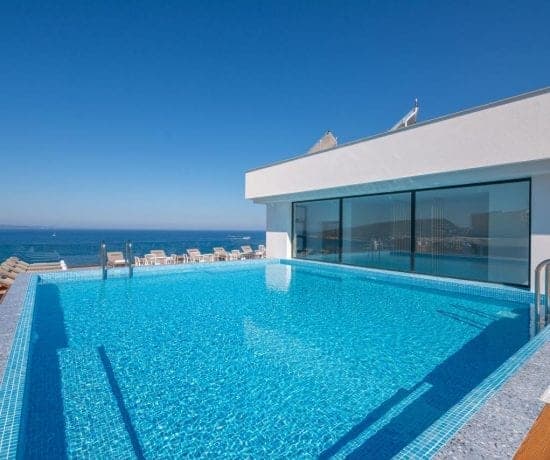 Leave a Reply to Agness of eTramping Cancel Reply