Your Ultimate Guide to San Francisco

Written by Carol from Wayfaring Views

San Francisco is worth visiting for it’s beautiful bay setting and liberal counter-culture vibe. But, like many large US cities, it’s expensive.

This guide to San Francisco will show you some free and cheap local spots that will let you experience the city’s unique natural and cultural offerings without making you go broke.

You can take one of the San Francisco bay tours. They will go out into the bay and skirt the underside of the Golden Gate Bridge. But if you want to see the bay on the cheap, just buy a ferry ticket from the SF Ferry Building to either Oakland or Sausalito. Round trip ferry tickets are about $13 per person and they run all day.

From underneath: The bridge is an engineering marvel and you can really get a sense for its genius design by looking at its underside. You can do that by parking in Crissy fields and walking along the water to Fort Point. Bonus: The fort itself it an interesting civil war relic.

From above: My preferred way to experience the bridge is to walk ON it. To do that, you can walk up from Fort Point or park at the visitor center lot on the south end of the bridge. Walking the full length is 2 miles.

From afar: If you’d like to see the bridge from afar, then drive over it and take the west Conzelman road exit over to Hawk Hill. Do this on a clear day or at sunset and you will be treated to beautiful views of both the city and the bridge.

Twin Peaks is the high spot in San Francisco, sitting 925 feet (282 m) above sea level. It’s in the perfect geographic center of the city and it offers 360’ views. There are roads and trails the circle the park up to the viewing platform at Christmas Tree point. The views are great but don’t bother going on a foggy day.

The Sutro Baths ruin is at the very western edge of the Presidio. The baths were built in 1894 by an eccentric rich dude who wanted to bring the healthy properties of outdoor bathing to the masses. The baths never really caught on and fell into ruin in the early 1900’s. The cliffside site offers expansive northwest facing ocean views set against the eerie ponds of the ruin. If you like this sort of offbeat tourism, you could also check out this list of weird and unusual things to do in SF.

What not to do

I can’t for the life of me figure out why this area of San Francisco shows up on anyone’s best of list. It’s one of those crowded touristy spots where you have to watch your wallet while you eat bad overpriced food. The only reason to visit is to go there to catch a ferry boat to Alcatraz (great tour) or to see the resident sea lions. Otherwise, spend your time elsewhere.

Cool Neighborhoods for Wandering Around

The corner of Haight and Ashbury streets were ground zero for San Francisco’s Summer of Love in 1967. The neighborhood has retained its hippie flair and there are still plenty of groovy things to do in Haight Ashbury. The street is full of shops with a hippie nostalgia vibe including: Amoeba records, Booksmith and The Land of the Sun. You can also rent bikes at Bay City bikes and pedal around nearby Golden Gate park.

North Beach became the “Little Italy” of San Francisco after a large number of Italian immigrants settled there after the 1906 earthquake. Over the decades, the neighborhood developed restaurants, cafes and grocery stores that were very Italian in nature. You can still see remnants of this with Caffe Trieste, Original Joes and Molinari’s Deli (which makes the best salami that you will ever taste.)

In the 1950’s the City Lights Bookstore helped to foster the Beat poetry movement, providing a voice for Neal Cassady, Jack Kerouac and Allen Ginsberg. The bookstore is still there as well as the nearby Vesuvio bar, which was the local watering hole for Kerouac and his crew.

The Mission is another neighborhood heavily influenced by immigration. Starting in the 1950’s, there was a large influx of Mexican and Central Americans whose cultures have infused the neighborhood with a distinctly Latino flavor. Most notable in the Mission is the profusion of street art. Many of the murals tell touching stories of Latino culture and immigration and there are also edgy pieces that protest the gentrification of the neighborhood. Most of the street art is clustered along 24th street and in Balmy, Lilac and Clarion alleys.

Off the Grid organizes food truck flash mobs all over SF. The cuisine ranges from empanadas to pizza, barbeque, tacos and Filipino dishes. You can find them at Wednesdays at 5th & Minna, Thursdays at the Ferry Building, or Fridays at the Civic Center or check their schedule for more dates and locations.

After you work up your appetite seeing the street art in the Mission, you can fill your belly at La Taqueria. San Francisco is known for assembling burritos as big as your head and La Taqueria offers up the best. None of this rice filler for them, just your choice of beans, meat and salsa, all for $3.50.

San Francisco is a fairly pricy hotel market, so finding a budget bed can be tricky. Check out this resource for advice on which neighborhood to stay in. Here are a few budget options that are fairly central:

The Herbert Hotel has a great central location right in the heart of Union Square. They have clean modern rooms, often for less than $100/night.

There are a number of hostels also in and around Union Square. Hosteling International runs a one with excellent reviews and dorm beds for as low at $40.

This local’s guide to SF will get you out of the tourist traps and into the authentic parts of the city. If you have any questions about what to so in San Francisco, please reach out to me on my social media channels- I love helping people travel.

Carol Guttery runs the Wayfaring Views travel website.  She helps travelers go beyond the obvious by provide advice and resources on independent travel and alternative itineraries. 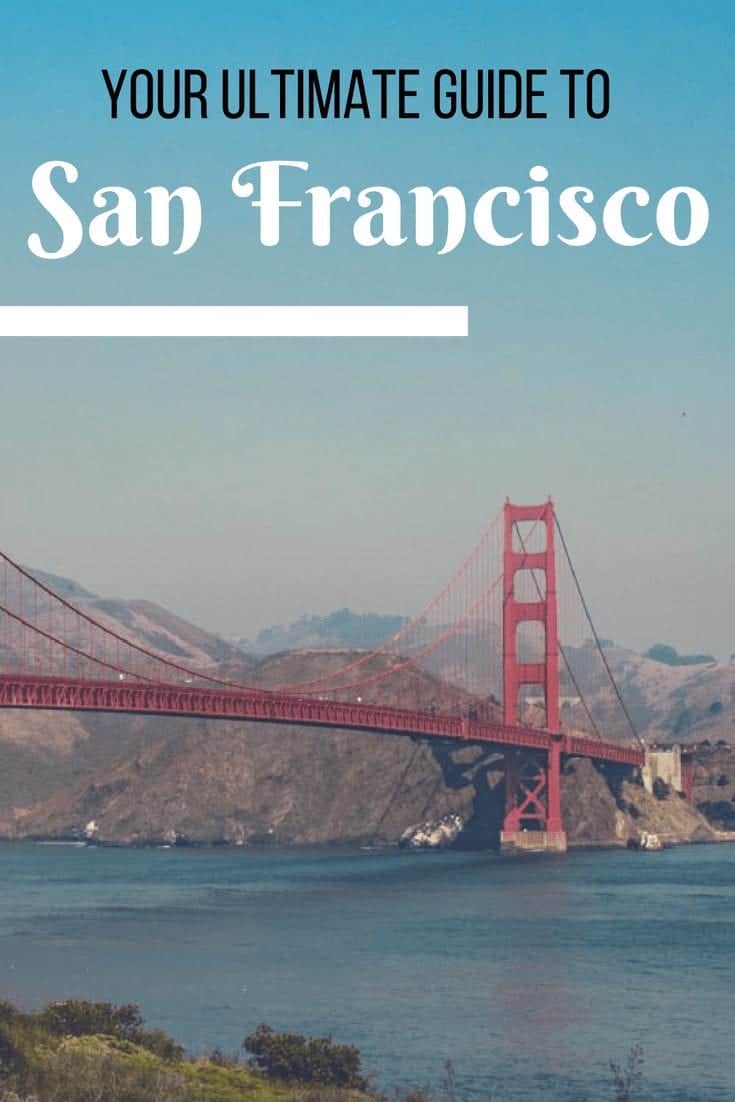 Great Adventures in Utah: 8 Things to do in Utah

Top 5 Stunning And Picturesque Places To Visit In Cuba

4 Most Picturesque Destinations in The Caribbean

The Trendiest Place to Stay in Warsaw: ApartHostel