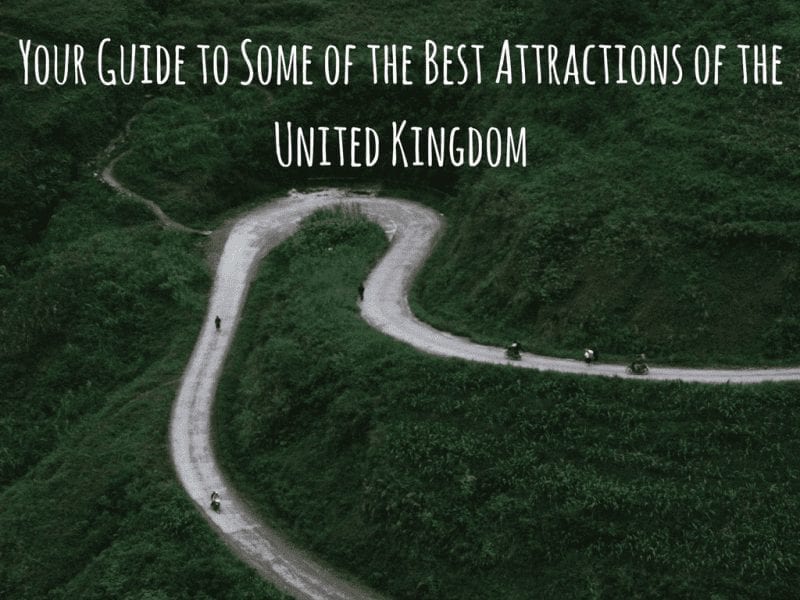 The United Kingdom, a pretty unique island floating off the coast of mainland Europe. We’re familiar with its stereotypes: the rainy weather, the overly polite natives and how a cup of tea can and will fix everything. But did you know that there’s so much more to Blighty than meets the eye? Comprising of four of the most colourful and historic regions you’ll find anywhere on the map; England, Ireland, Scotland and Wales, with all of them boasting good-natured supremacy over the others! But what does this diverse and special country have to offer travellers like you and me? There’s so much more to this country than a (rather expensive) trip to it capital.

Here you’ll get the lowdown on some of the best United Kingdom attractions!

So, pack your passport – and don’t forget your wellies!

But before you go, have you thought about the importance of getting travel insurance? You should never travel without it. And don’t worry about your medical history, did you know that medical insurance for pre-existing conditions is widely available from reputable providers.

Discovering Scotland is one of the best natural United Kingdom attractions!

1. Discover the Isle of Skye

If dramatic and spectacular scenery is your thing, then hightail it to the Western edges of Scotland and explore the stunning Isle of Skye. Measuring at just 50 miles long, 25 miles wide, and the largest of the Inner Hebrides Islands, the Isle of Skye is the perfect place if you’re looking for an abundance of untouched scenery that’s bursting with wildlife.

2. Climb up to Arthurs Seat in Edinburgh

Everyone knows Edinburgh as the capital of Scotland. It’s a vibrant and diverse city, but did you know that it shares its location with an extinct volcano? Head to the top of Arthurs Seat and you’ll be rewarded with spectacular views of this incredible city. And you can always warm yourself up with a dram of whiskey afterwards for your trouble.

Summer in England wouldn’t be Summer, without all the action and drama of Wimbledon. Get yourself a ticket to see some of the World’s best tennis players, battle it out for the coveted title of Wimbledon Champion – when play isn’t stopped by rain of course! But don’t worry about the rain, they serve strawberries and cream no matter what the weather!

4. Explore the ancient city of York

York is a real jewel that you’ll find in the stunning North of England. Home to a true feat of design and architecture – the York Minster, and the city’s rich history; filled to the brim with Vikings and Medieval folklore. Walk the impressive cobbled streets of the Shambles or, take a stroll by the river. No matter the season, York is a stunning place that should be on every bucket list!

Have you ever seen grown men and women chase a wheel of Double Gloucester cheese down one of the steepest hills in England? Visit Cooper’s Hill in Gloucestershire during Spring Bank Holiday and marvel at this true display of British peculiarity!

Tell me below which United Kingdom attractions you would love to check out!

Other articles you will:

7 Reasons Why You Should Pick a Travel Talk Tour

The Best Destinations for a Holiday with Friends