8 Reasons Why You Should Visit Kosovo 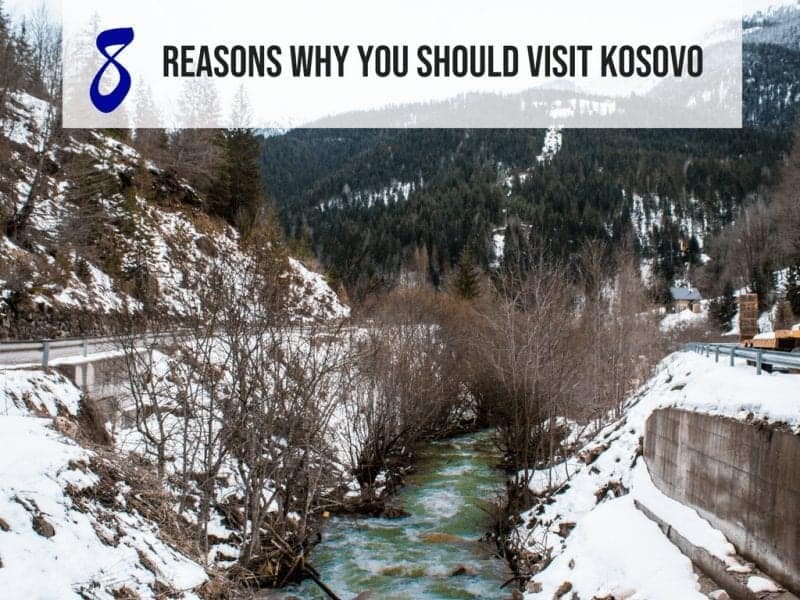 I knew that the second I stepped foot in Kosovo I would love it, and I was right.  Kosovo is such a unique place for many reasons and honestly, it was one of my favourite countries I visited at the beginning of this year.

Kosovo has had a difficult and bloody history.  In 1998-1999 there was a civil war in Kosovo in which NATO intervened.  Many families were killed and displaced in which the scars will never be forgotten. If there’s one word to describe people from Kosovo it would be strong.

One thing you don’t have to worry about in Kosovo, however, is safety as it is a very safe country.  People have this misconception from the 90’s and although there is no denying that there is still tension between Kosovo and Serbia, as a tourist it’s a safe country to visit.

The majority of people in Kosovo are ethnic Albanians and there is also a large Serb ethnic minority too.  The main language spoken in Kosovo is Albanian however, you will see signs for towns and cities in both languages.  The people who speak Albanian consider themselves Albanian and not ‘Kosovan’ as their history goes back to the motherland of Albania.

Let’s get into the reasons why you should visit Kosovo!

Yes, you read that right!  In 2008 Kosovo declared independence making it the newest country in Europe.  Unfortunately, not everyone still to this day recognizes Kosovo as a country.  Spain, Greece, Russia and many more still consider Kosovo as a part of the country of Serbia.  I recognize Kosovo’s independence as an independent country from Serbia.  If you have anything negative to say about Kosovo’s independence, then please don’t bother.  This is not a place for political arguments and any negative comments will be removed.  I am not looking to have a debate on this issue.  I recognize Kosovo as an independent country and in my opinion, everyone else should too. 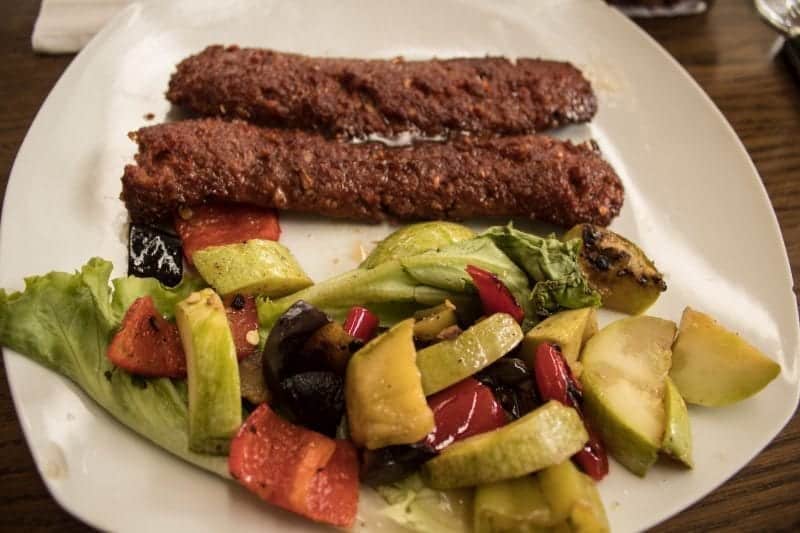 I couldn’t count on both hands how many times I had Sujuk (spicy sausage).  It’s honestly the most flavorsome meat I have ever had.  To my surprise, it can be spicy.  I wasn’t expecting it to be as in Albania spicy food is not popular at all.  So, if you come to Kosovo make sure you try Sujuk.  Eating is one of the best things to do in Kosovo! Make sure you check out this post on the best things to do in Prishtina to find out where the best restaurants are!

3. The people are extremely friendly

Every single person I encountered in Kosovo was friendly.  Everyone is willing to have a conversation about your travels or if they don’t speak English, they will happily smile at you.  If I ever needed any help with directions, there was always someone asking me if I was okay.  They are very hospitable people! 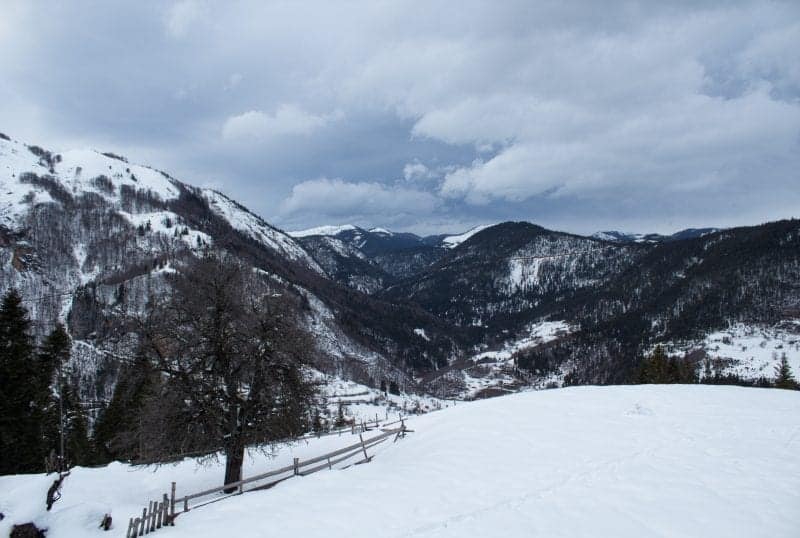 4. Nature is out of this world

From snowcapped peaks to rolling countryside, canyons and caves, the nature and views in Kosovo blew me away.  It was one of the prettiest places I have been to.  One of my favourite places was Peja.  The views from the mountains above will blow your mind – trust me!

As a tourist, travelling in Kosovo is extremely affordable.  You can grab a full meal for under a few euro.  It’s one of the most affordable countries in Europe.  Therefore, Kosovo is very attractive to backpackers.  If you want your money to go a little further, then visit Kosovo!

If you have never tried raki before then you’re in for a shock.  Raki is a distilled alcohol normally made from grapes, peaches or any other type of fruit.  It’s extremely strong – it can range from 20-60% (no one really knows the strength).  The raki, in my opinion, was very different from the one I’m used to in Albania.  It’s a lot smoother, I liked it a lot!

As mentioned above, Kosovo has had a damaging past.  From civil war to newly founded independence, there is lots to learn about the history of Kosovo.  It’s no secret that Kosovo has had a stormy past. As mentioned, in the 90’s international relations had to intervene.

It’s not a history you can learn overnight either.  You will hear many stories of first-hand encounters from locals.  The civil war is fresh.  Many of the issues that Kosovo has encountered are still not solved.  There is still tension between Kosovo and Serbia, however, I would like to say again, as a tourist you are totally safe here.

Some great ways to learn about some of the history is to take a free walking tour in Pristina or visit one of the museums.  But the ultimate best way is by talking to the locals about it.  Many of them are open to talking but just bear in mind, it’s still a sensitive subject as the civil war was recent.

8. They have the best macchiato in the world!

I never knew this before visiting but just out of Pristina in a town called Gjilan they claim to have the best macchiato…in the world!  Yes, you read that right.  Make sure you visit a bar called Papaku to try.  It’s famous for having the best.  I can confirm that the macchiato was delicious, was it the best?  I actually have no clue as that was my first every macchiato, but others have claimed that it is, in fact, the best, even better than Italy!  Now that’s a big claim. 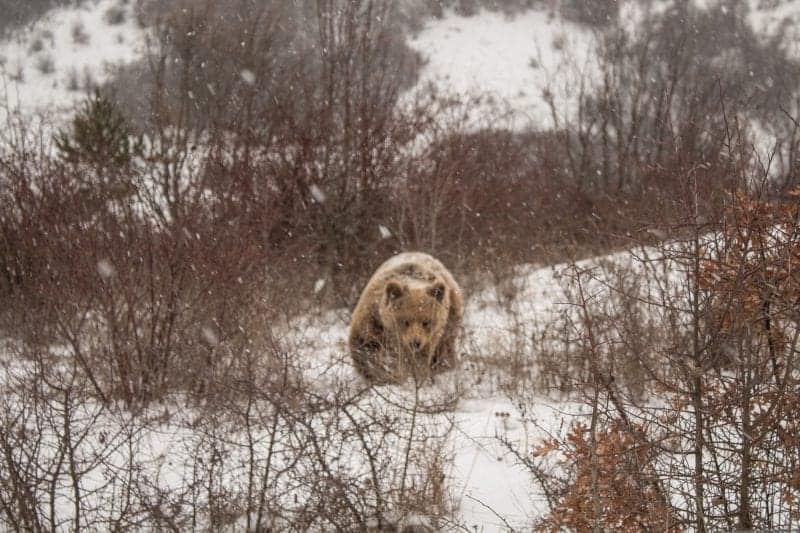 Where to stay in Kosovo?

Pristina:  I cannot recommend Pristina city center hostel and apartments enough.  I was supposed to stay 3 nights and ended up staying 11.  If that doesn’t confirm that it’s a good hostel, then I don’t know what will!  They offer complimentary breakfast, a great view of the boulevard and many fun times!  To check the latest prices and availability, click here!

Peja: Hostel Sarac is, in fact, the only hostel in Peja.  It has fantastic reviews, free breakfast and is a great gateway so you can explore the nature that Peja has to offer!  To check the latest prices and availability, click here!

Gjakova:  There are officially no hostels in Gjakova but there is plenty of budget-friendly B&B’s as well as the option to rent on Airbnb!  If you want $35 free Airbnb credit, then click here! Otherwise to check the latest prices and availability on booking.com then click here!

Prizren: There’s no other place to stay than Driza’s house.  This hostel is set in a 300-year-old house and you’re welcomed in as part of the family! This is not just a hostel but a welcoming place to stay on your travels to Prizren.   To check the latest prices and availability, click here!

There’s are hundreds of other reasons why you should visit Kosovo.  It really is an amazing little country with a lot to offer for all travellers!

Important!!  You can only travel from Kosovo to Serbia if you were previously in Serbia before you were in Kosovo.  For example, you can go: Serbia -Kosovo – Serbia but cannot go Albania (or any other country) – Kosovo – Serbia.  Make sure you include that in your travel plans.  If you must travel from Kosovo to Serbia and you haven’t previously been to Serbia,  then you have to go down to Macedonia or through Montenegro, then to Serbia from there. 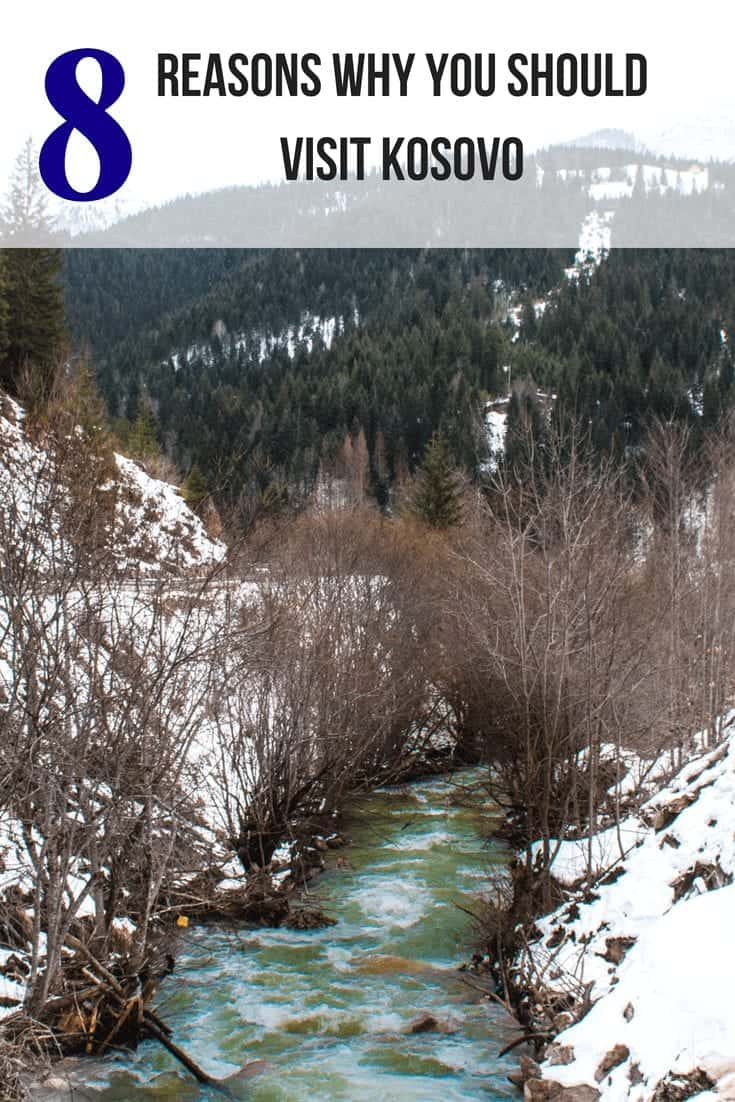 One of the Most Unique Accommodation Options in Lisbon: Artbeat Rooms

Great Adventures in Utah: 8 Things to do in Utah

Discovering the Golden Circle in Iceland